WANDAVISION Reactions Call It a Bold Return for the MCU - Nerdist

WANDAVISION Reactions Call It a Bold Return for the MCU

Last year’s MCU backlog means we’ll be up to Hulk’s neck in new material in 2021. The festivities kick off with something original: the first TV show led by Kevin Feige and the movie side of Marvel, WandaVision. The series sees Scarlett Witch and Vision living a bizarre retro-sitcom-style life; and it looks like the most surreal, weirdest entry in the MCU yet. Will such a strange approach work though? And will Marvel’s success on the big screen translate to the small? Based on initial reactions from critics who have watched the first three episodes, the answer to both questions is a resounding yes. 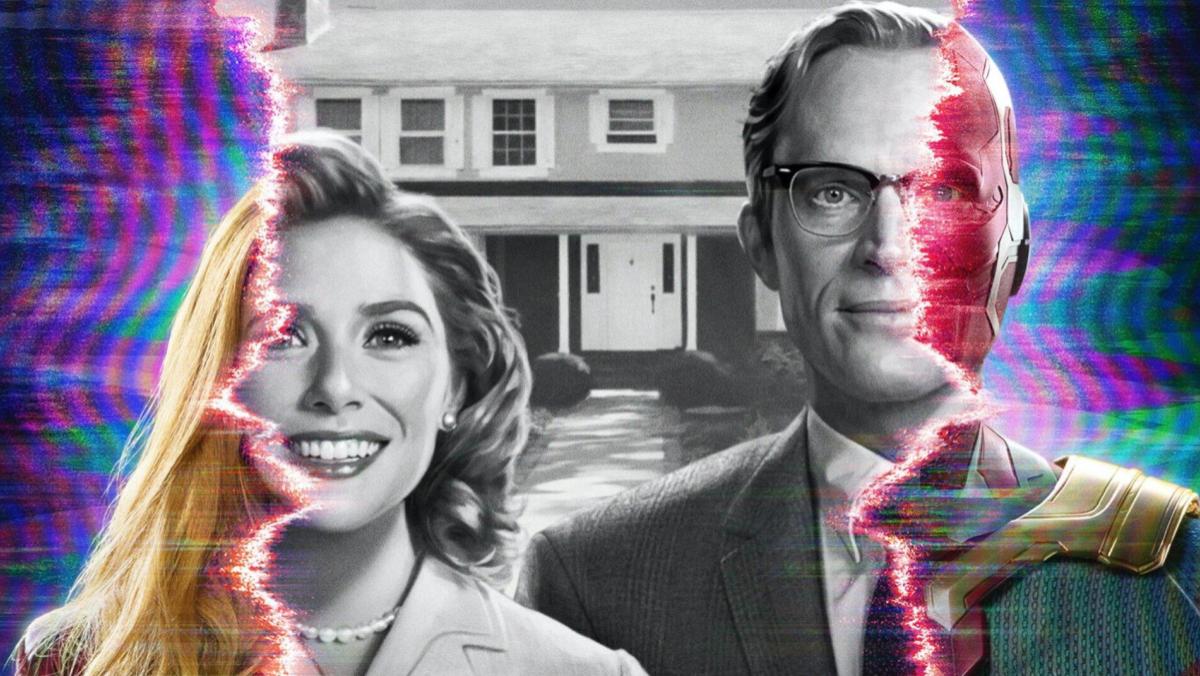 Marvel has delivered something that will appeal to comic book readers, fans of the two main characters, and lovers of vintage TV.

I love Wanda's story from the comics, and I'm really happy to see this series take inspiration from some of those iconic Vision and Scarlet Witch story lines and moments.

Plus, the cast is having so much fun in the first three episodes, it was a blast to watch! pic.twitter.com/0nrCnIp1Iw

Nerdist‘s own Hector Navarro wasn’t the only one who thinks the series’ unusual format works to create something different and exciting. Many shared that exact sentiment.

Three episodes into #WandaVision and I. Am. Hooked. Not only is the series a loving recreation of classic television shows (everything beautiful), but the story is so compelling. Elizabeth Olsen & Paul Bettany are adorable and hilarious. My most anticipated didn't disappoint! pic.twitter.com/jZVE6zIlQB

#WandaVision is truly unlike anything the MCU has put out before. I can’t emphasize that enough.

It is a blast to watch. It is so committed to the sitcom structure of story telling that it feels like a bold risk - but it pays off and builds a mystery.

Some critics think that breaking the usual Marvel format could be the way forward for the entire franchise.

Screened the first three episodes, which are all short but don’t feel that way, and just really enjoyed getting to experience the fun of this unique concept and execution. Marvel should lean into “different” more often. #WandaVision

Watched the first 3 episodes of #WandaVision yesterday. It's weird & hilarious in ways Marvel has no right attempting, but they nail it anyway. Then it sprinkles in just enough mystery to keep you speculating and fascinated. I'm so excited to see how far it can go. pic.twitter.com/7PIFQiUNxF

I saw three episodes of WandaVision and I am hooked. They really go for it.
This has to be one of the most ambitious (also weirdest) things Marvel’s ever done, and this is the studio that had 300 superheroes in their last movie.

It sounds like viewers will have a whole lot to digest and dissect from a series with so many layers to it.

WandaVision’s a slick character study of its lead duo, multiple kinds of television shows, and a large scale MCU story that pulls in enough elements from the legacy comics that almost everyone was a little right in different ways about what’s going on in Westview

I think a lot of folks are going to misidentify the show as “camp" because it’s very much a comedy and each of the era-specific episodes adhere to the sensibilities of real shows from that time period. But WandaVision really isn’t proper camp or parody that *makes fun of* sitcoms

There’s also plenty of praise for the show’s cast, including lots of adulation for Elizabeth Olsen and Paul Bettany. And MCU newcomer Kathryn Hahn is also earning a heaping of accolades as their wacky neighbor. (Not that we’re surprised.)

The entire cast of #WandaVision is great and fully commited to the stylized approach but Elizabeth Olsen’s performance is truly outstanding and one of those “Man, if awards shows weren't snobby about superhero stuff, she would likely get an Emmy nomination” situations.

#WandaVision is nothing short of BRILLIANT. EASILY the MCU's boldest, most original & innovative venture thus far. The true genius comes from Jac Schaeffer's smart, sharp, witty, script & Bettany & Olsen's electric performances. I had the biggest smile on my face the whole time. pic.twitter.com/exu8m5Dtp9

Oh and MAJOR shoutout to Kathryn Hahn for her scene-stealing moments! I have so much more I could say but will save it for the review. #WandaVision pic.twitter.com/O4VFsjfxFZ

The characters and the settings are familiar, but #WandaVision is unlike anything you've seen before. I am obsessed with all of the Easter eggs and pop culture nods from the sitcoms that inspired each episode.
And yes, #KathrynHahn steals the scene whenever she pops in. pic.twitter.com/d77k3gycHQ

One of the few potential “issues” raised was that some viewers who are unfamiliar with the classic sitcom format might not understand certain elements of the show.

Though, I do wonder what people will make of this who don’t have a working knowledge of, say, Bewitched. Like, the b-plot of one episode is “Vision accidentally swallows gum.”

If that’s the biggest “problem” with WandaVision then the MCU’s return is going to be worth the wait.