Let’s Watch Some Cute Walruses Chilling on an Arctic Beach

Walruses are some of the most relatable animals, in my humble opinion. The marine mammals may not have a fast pace or languid bodies. But there’s a grace to these beautiful creatures all the same. They really enjoy the finer things in life. Like rolling around on the beach in mud and grunting. Or lounging in chilly waters, cooling off their bellies. And cuddling up with close friends and family. They’re majestic beings deserving our admiration and respect.

In this beautiful footage from New Zealand wildlife conservation filmmaker Richard Sidley, we see a bunch of walruses truly thriving in the Arctic. As the video caption asks, “Have you ever seen a 900kg Walrus rolling down a beach while urinating all over itself? Well if not, here’s your chance.” Trust me, you will want to watch this entire video from start to finish. Possibly more than once. It’s that delightful and hilarious.

We learned about Sidley’s walrus footage over at Laughing Squid. There, we also learned that it comes from his film, Speechless – The Polar Realm. The documentary was filmed over the course of a decade and throughout Earth’s polar regions. Here’s more about Speechless from Sidley’s official website:

In search of an individual viewing experience aided by the absence of spoken narrative, Speechless – The Polar Realm guides this cinematic voyage through both powerful imagery of the natural world and a poignant, original score from composer and sound artist, Miriama Young, performed by Mirabai Peart and Ryan Francesconi. 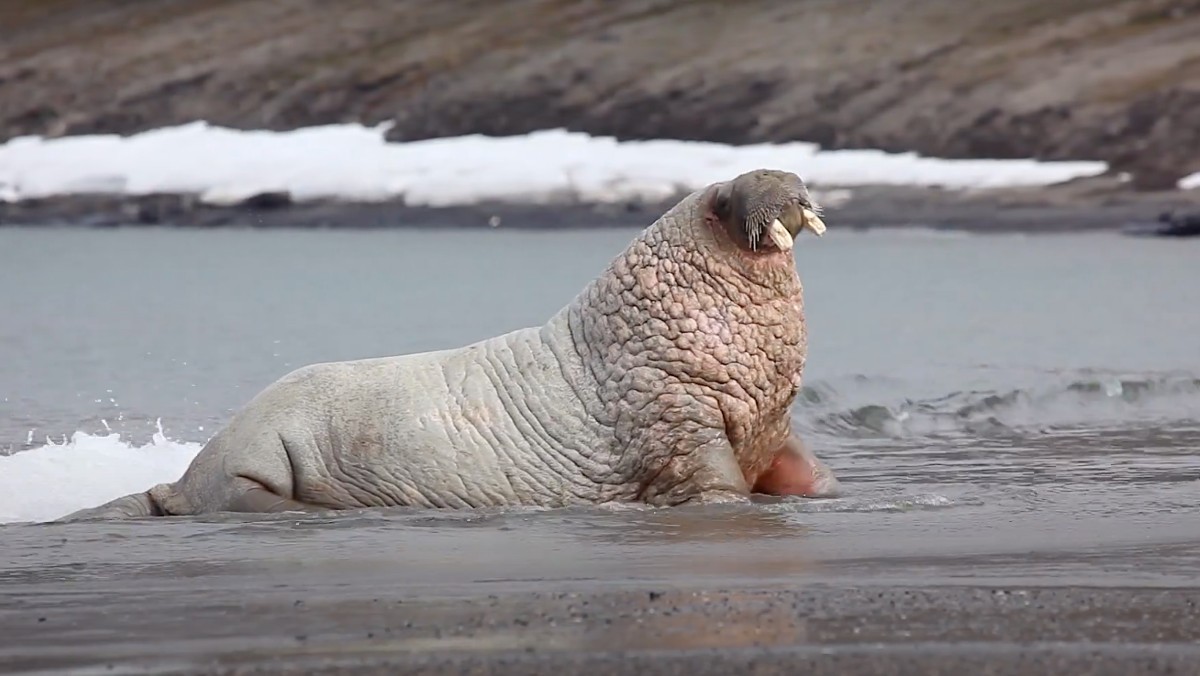 If you’re into the walrus video, I must suggest perusing all of Richard Sidley’s YouTube channel. There are equally lovely videos of leopard seals and polar bears and penguins and more. If you have any interest whatsoever on wildlife in the polar regions, Sidley’s videos are not to be missed. I’ll be dreaming of living that walrus life for the rest of the day now, too.