THE WALKING DEAD Gives Fans A Fun And Intense Finale

This post contains spoilers for The Walking Dead Season 10, Episode 15.

This week’s Walking Dead was supposed to be the big penultimate episode to build anticipation for the always explosive season finale. However, Deadline reports that the current COVID-19 pandemic caused a halt in post-production for episode 16. This means the current episode was essentially the season finale; the intended finale will be a special episode later this year. No one knows when this special episode (or Season 11) will happen so, for now, we will focus on what went down and what to expect when The Walking Dead returns. 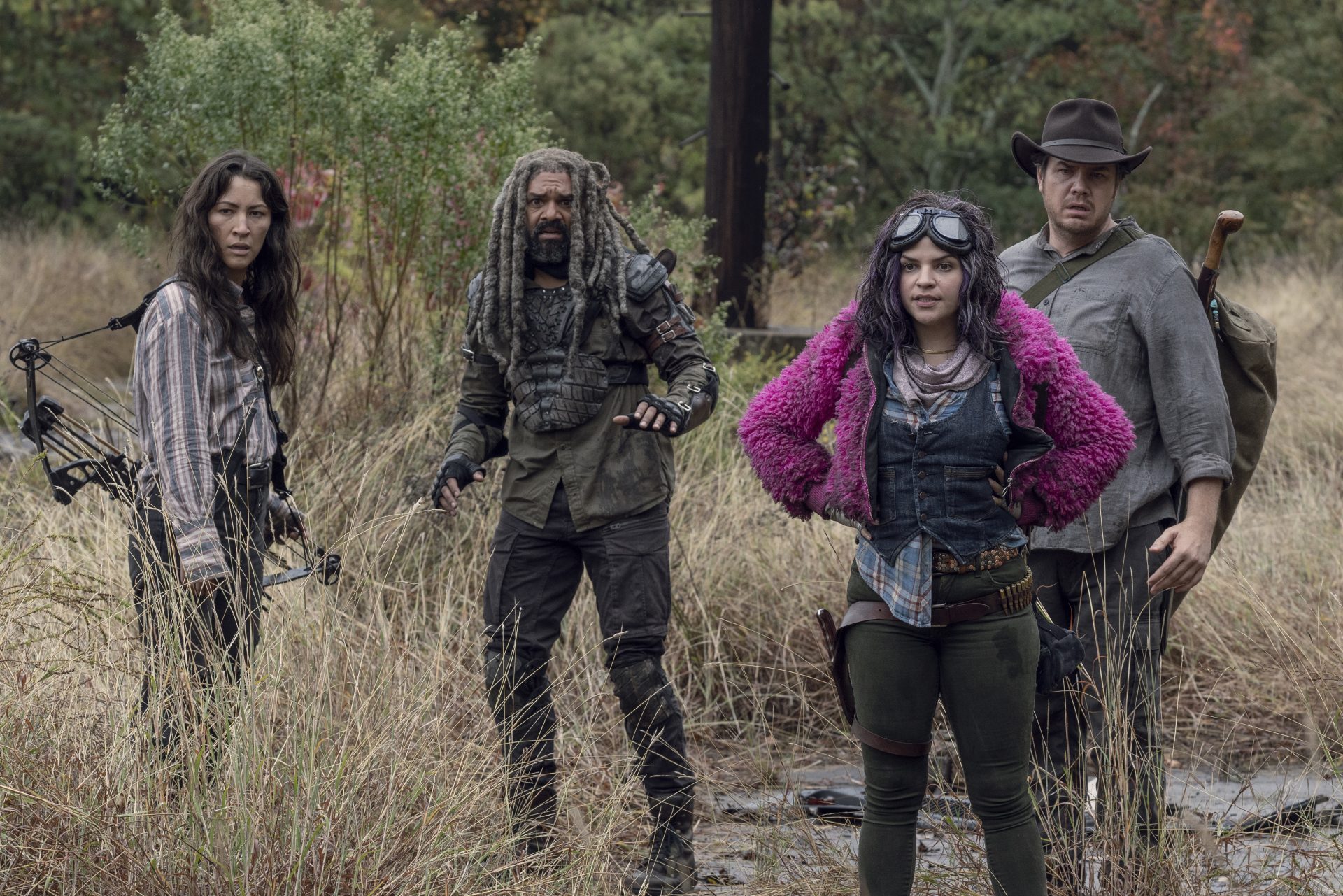 The obvious highlight of “The Tower” is Princess. Paolo Lazaro brings this comic character to life with all the vibrancy and fun that fans would expect from the character. She’s an exciting and eccentric addition who is breathing fresh air into the long-running series after seasons of (mostly) doom and gloom.

Sure, Princess almost got Yumiko, Ezekiel, and Eugene blown up in a minefield because she didn’t want to let them go but let’s give her a break. She’s been on her own for a while and garnered the sympathy of our trio. And she introduced them to a garage full of sweet bikes to help them continue on their journey.

There’s still the question of what city they are in. Comic Princess was in Pittsburgh, but it wouldn’t make any sense for Eugene’s group to be in Pennsylvania when they are supposed to be heading to West Virginia. And it’s not entirely clear how many days they have been on the road nor how much time they have left before the meetup deadline. 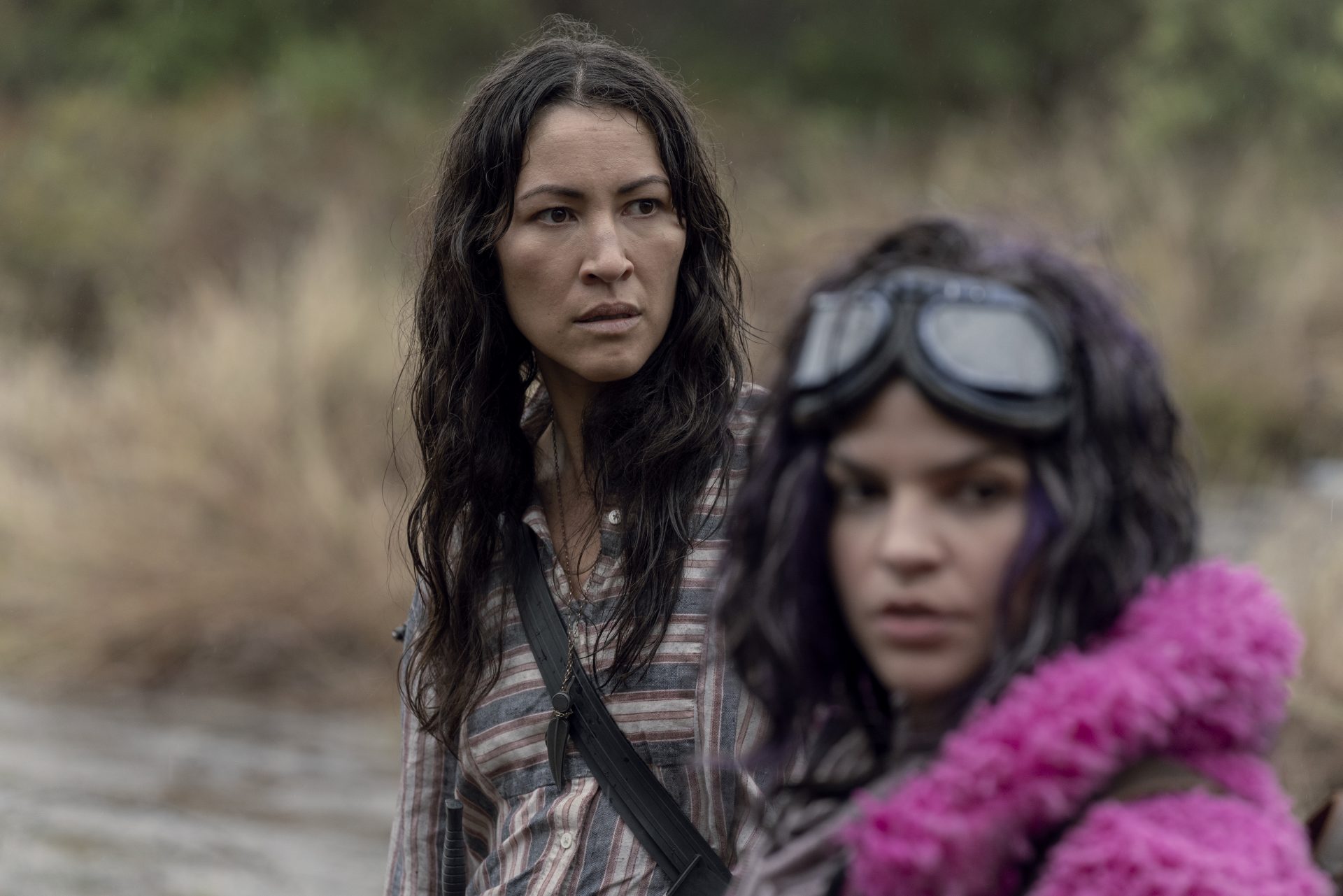 The Walking Dead has always been iffy in terms of how many days have passed so we will have to assume that the meeting in happening in the next day or two. Better pedal fast to get there my friends!

The upcoming special episode should show their arrival and reveal the truth about Stephanie’s group. Is she with the Commonwealth? Or, will The Walking Dead introduce yet another random community? No matter what, there better be all the lines and screen time for Princess because she rules. 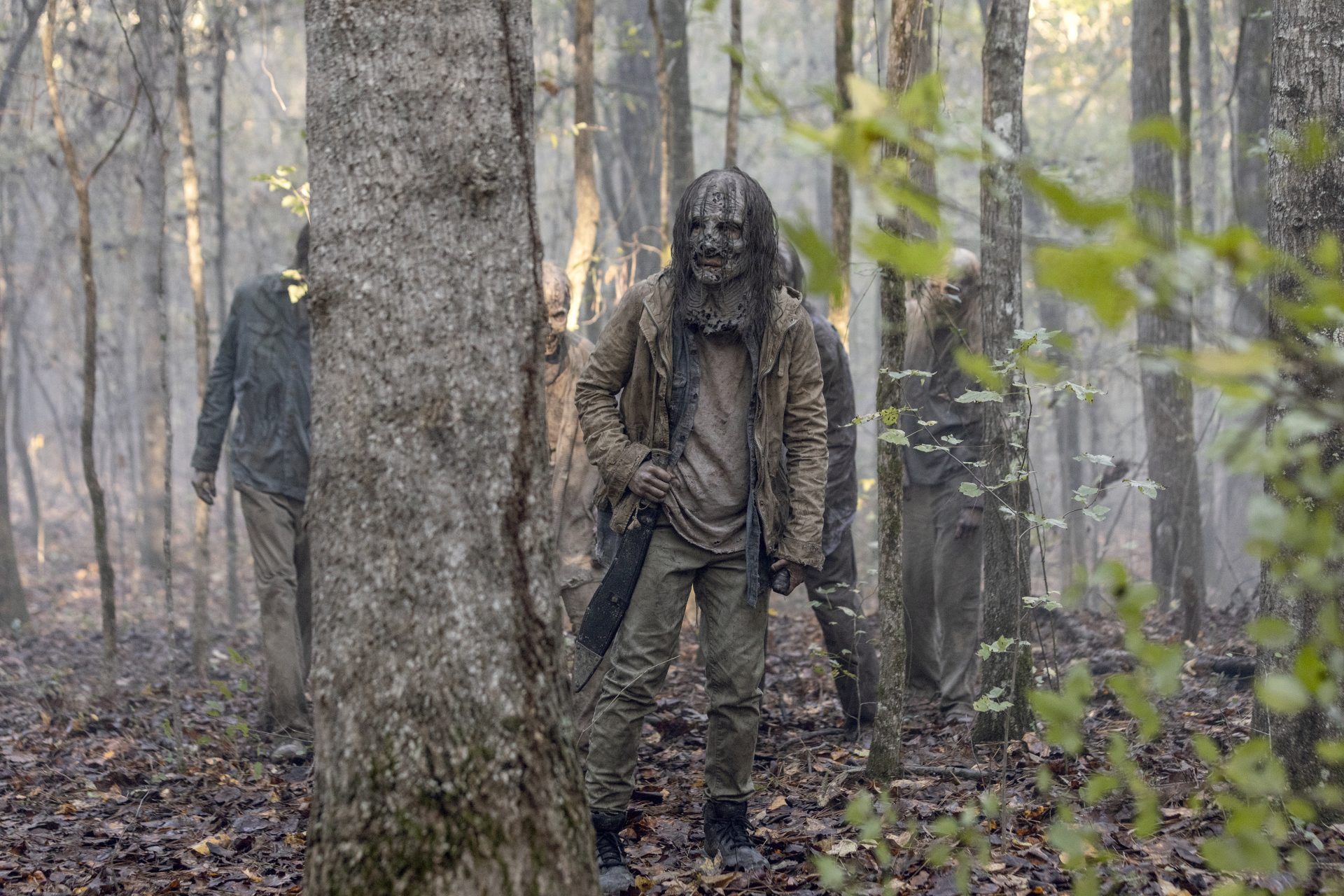 Everything outside of Princess was all doom and gloom. The communities are all holed up in a hospital to protect themselves from Beta’s revenge attack following Alpha’s death. The plan seems to work after Beta and the walkers go into an empty Alexandria but things go awry when they suddenly shift and move towards the location where everyone is hiding in the final moments.

Several Whisperers also apprehend Aaron and Alden. Alden has gotten away from their grasp before but he might not make it out this time. Aaron feels like the more stable choice to survive because he’s an Alexandria OG but his demise can’t be ruled out.

Someone points a gun in Aaron’s perpetually pissed off face before the scene ends. But, who is he looking at? It could be a random Whisperer who happens to have a gun. But all signs point to another Whisperer spy within their group. There’s no way that Beta would have known where the survivors were hiding unless someone told him, right?

But, who could it be? Perhaps it is Jules, who suddenly popped up this season as an Oceanside community member. Or, maybe the person behind the gun isn’t an enemy after all. It would be nice if there were someone undercover and in disguise. Who knows?

Aaron was in radio contact with Gabriel, who is posted up at a tower. Uh oh. Gabriel might die at the same time as his comic counterpart. In the comics, Gabriel was patrolling a water tower when he saw a large group of walkers coming towards him. He tries to escape via a ladder, slips, breaks his ankle, and is gutted by Beta before walkers devour his body.

If Gabriel goes down, it probably won’t be as clumsy because this version of him is much more calculating, badass, and an integral part of the plot. He would likely go out guns blazing to protect the people that he loves.

Uncle Daryl and Judith also go on a security adventure. He shoots a Whisperer in front of her before they share a heartfelt moment about losing people they love. Judith admits that momma Michonne left to help someone but oddly omits the part about Rick possibly being alive.  You had one job Judith.

Where Are They Now?

Where the heck is Connie? She’s supposed to still be alive yet there’s no sign of her in this episode. Kelly gave Carol a mini pep talk to relieve her of some lingering guilt, but it would honestly make everyone feel better when we see her face again.

There’s also the hope that Maggie will show up again in the actual finale/special episode. There’s certainly going to be a final stand against Beta (who is quite delusional) and now would be the perfect time for Maggie to come in with some reinforcements. It would be way past time considering she abandoned the Hilltop and let ALL of her friends die without bothering to come back home. Sigh.

The new adventures with Princess and final stand against the Whisperer war is temporarily delayed but fans won’t be denied a firm ending in the finale. Hopefully, it will all be worth the wait.