This post contains spoilers for The Walking Dead Season 10, Episode 14.

This week’s The Walking Dead follows several characters post-Hilltop fire. Carol contemplates leaving the community (again) before finally deciding to stay (again); Daryl and Negan have a mini adventure on the way back to Alexandria; and Beta has a weird reckoning with Alpha’s head before forming a massive walker herd. But the most exciting development this week is the debut of a colorful comic character. The Walking Dead welcomed Juanita Sanchez aka Princess (Paola Lazaro) and things are about to get awesomely weird.

In this episode, Eugene finally tells everyone that he has been in contact with someone from another location. Yumiko and Ezekiel offer to go with him to meet Stephanie near Charleston, West Virginia. The trio arrive in a city (presumably Charleston) and notice a few disturbing scenes of walkers dressed up and tied to chairs and cars. 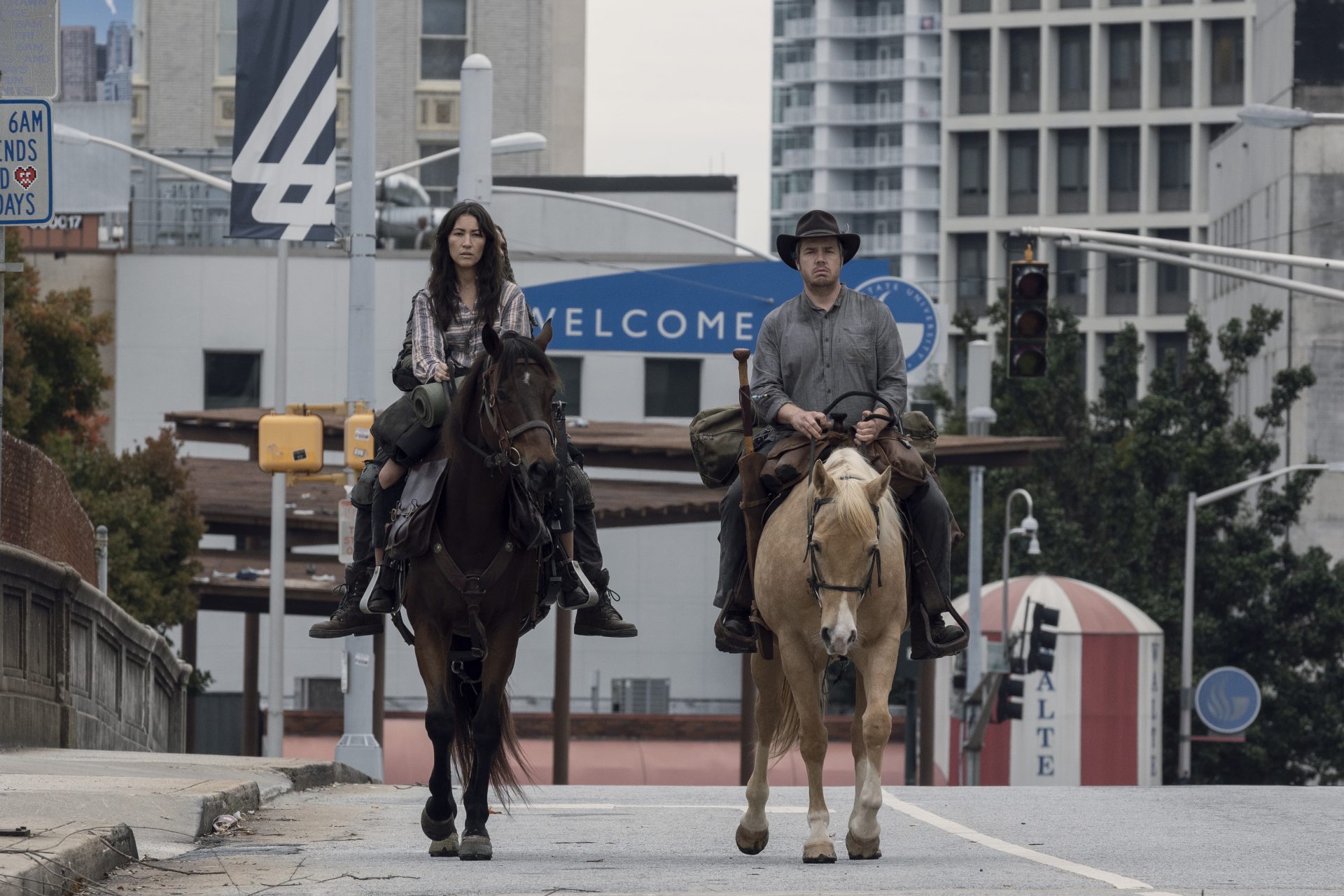 But things get really strange when a chipper woman suddenly confronts them. Not just a chipper woman, but one with purple hair, a huge pink coat, and goggles. She yells “hello” at them and they stand back in disbelief. Eugene knows this voice doesn’t belong to Stephanie; they aren’t at the agreed meeting place just yet so he’s understandably confused. The woman doesn’t say her name, but comic readers definitely know that outfit.

In the comics, Princess was a lone survivor living in Pittsburgh. She ran into Eugene, Michonne, Yumiko, Siddiq, and Magna on the road and went with them on towards the Commonwealth in Ohio. Her chipper and childish demeanor were a contrast to her solid fighting skills and dark, abusive past. The show seems to have made her the Princess of a different city, but she will likely join Eugene on his trip to meet Stephanie.

It’s interesting at this point in the apocalypse to see a person who is surviving on their own. By now, most people have found a community for protection and camaraderie or they started their own safe place with others. Comic Princess hadn’t seen a living person in over a year when she met Eugene but it remains to be seen what’s been going on with the TV version of this character. 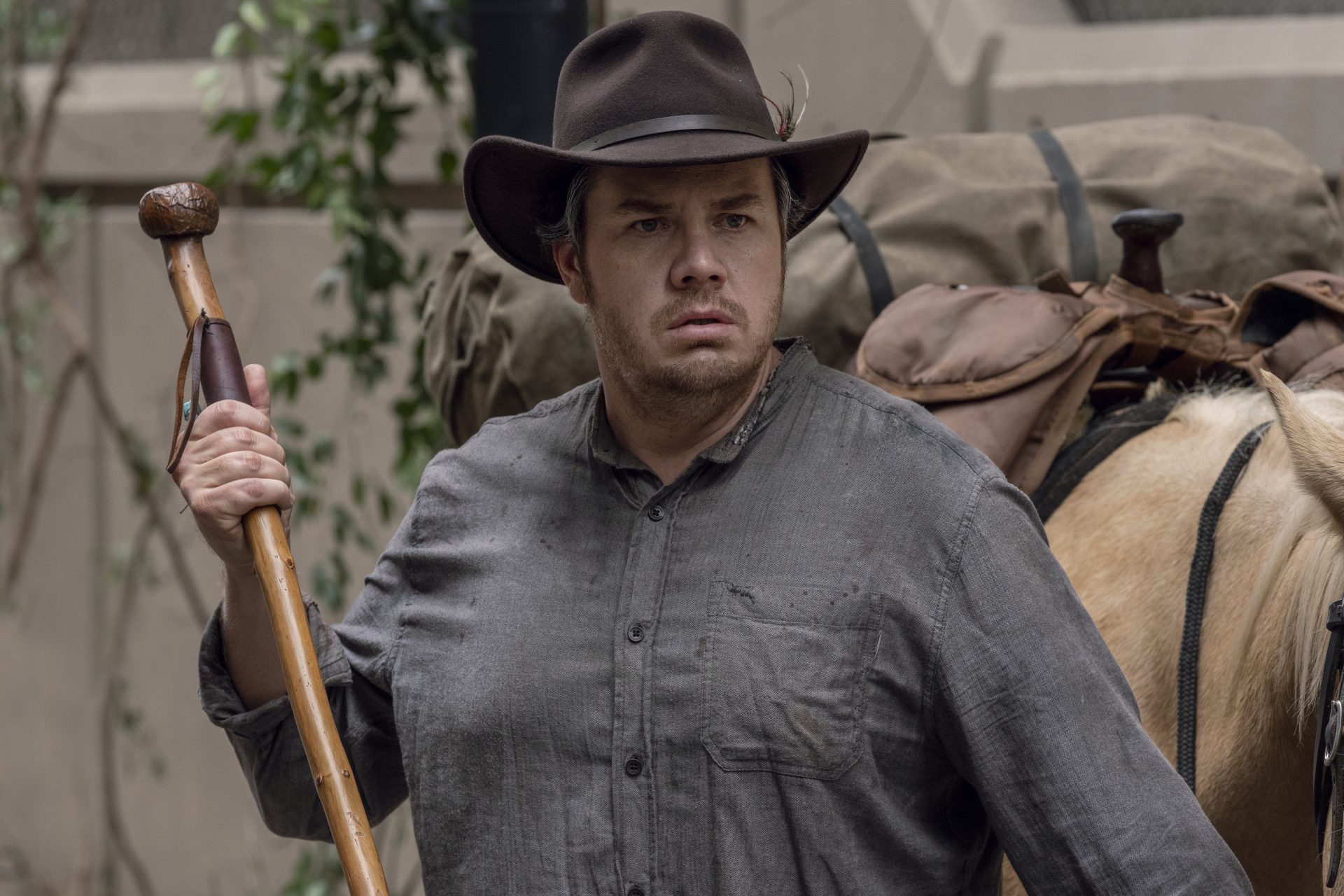 There’s also a possibility that she may not be a lonely and friendly ally after all. The show has been known to switch it up and make good characters go bad. For example, comic Dante ends up being Maggie’s boyfriend but TV Dante was a Whisperer spy. This move would be disheartening because Princess is such a cool addition to the narrative so hopefully she won’t turn out to be a terrible person.

The introduction of the Princess means the Whisperers are about to take their final bow to make way for the Commonwealth arc. There are only two episodes left in this season so this season might end with a first glance at the massive community. The Commonwealth plays a big role in the later volumes of the comics but this doesn’t mean that the show is ending any time soon.

Timelines are a funny thing on the series with one or two days taking several episodes before a time skip pushes us months (or years) into the future. So it could be several more seasons with Daryl, Carol, and whomever else survives with Commonwealth action and new explorations created for the TV show.

Either way, it’s exciting to find out more about the TV Princess and how she will play a role in this ever-changing saga.