Virus-Shielding Suit Aims to Let You Have Sex and Vape

We are now seeing a few hopeful signs that people will be able to—very, very cautiously—return to normal life. At some point soon-ish. But events with large crowds will likely be one of the most difficult sectors of society to bring back to life. And even when that sector does come back online, large-scale events may still call for some people to wear personal protection gear. Perhaps there will even be folks sporting some of these Tron-esque “Micrashell” virus-shielding suits.

The Micrashell virus-shielding suit, which comes via Futurism, is a newly announced product from the Los Angeles-based creative studio, Production Club. Although at this point Production Club only has a design for the product. But should the Micrashell ever come to fruition, the specs on this wearable biodefense system will be so extensive its users may never want to leave it.

In its press release, the Production Club claims that the Micrashell will be made of an airtight suit and helmet made with cut-resistant fabric; contain a particulate filtration system based on the N95 standard; have an integrated, controllable speaker system; phone integration, and “RGBW lights that can be customized to serve as indicators of the user’s mood, needs, warnings, messages, desires and more”. Production Club even claims that wearers can use vaporizers or have sex without taking off their Micrashells.

“With everyone in our industry focused on developing virtual solutions we decided to focus on something more emotional, physical and inherently human…” the Micrashell press release notes. The release adds that “Production Club was born in the rave counter-culture so DJing and safe partying is in our blood.” 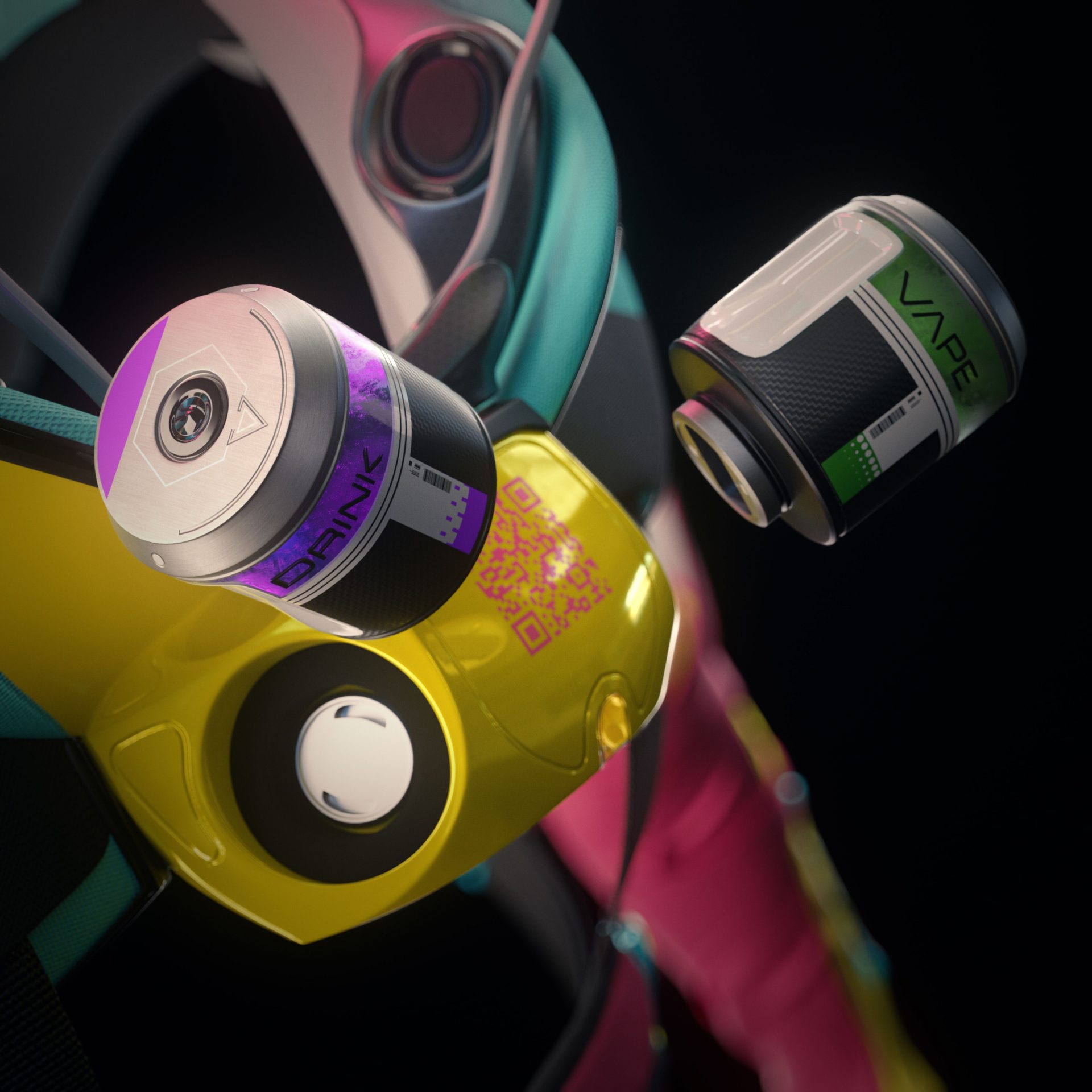 A close-up look at the Micrashell’s drink and vape cartridges. Production Club

Unfortunately, there’s no price tag yet for the Micrashell.  Nor is there any kind of time frame for when it may be available to the public. Although considering the fact that Production Club only has the Micrashell design as of today, and that the company doesn’t seem to have much of a background in wearables or anything that needs to be produced on a large scale, people probably shouldn’t hold their breath.

What do you think about Production Club’s Micrashell virus-shielding suit? Are you ready to wear one of these suits at the next concert you attend? Would you prefer to eventually find a way to connect that doesn’t require any kind of airtight wearable? Let us know your thoughts in the comments!