As more and more COVID-19 data are collected, the clearer our picture of the novel disease becomes. One of the most important pieces of the puzzle (though we stress that it is nevertheless only one piece) is serology testing, or the testing for antibodies in a person’s blood serum or other tissues. But because this kind of test is probably an unknown subject for many, and because it is such a crucial aspect of understanding COVID-19, here are answers to eight key questions about serology testing in general, as well as how it pertains specifically to the current pandemic.

1. What is serology testing?

According to the Centers for Disease Control (CDC), serology testing is used to detect the presence of antibodies (typically formed in response to an infection) in a given person’s blood or other tissues. Serological tests can also identify antibodies in other bodily fluids, such as saliva, semen, or cerebrospinal fluid.

2. What exactly are antibodies?

Antibodies (or immunoglobulins) are large, Y-shaped proteins produced mostly by plasma cells used by one’s immune system to neutralize pathogens, such as viruses. Below is a fantastic six-minute antibody explainer from StarCellBio with some very helpful visualizations within the first couple of minutes of the video.

3. How is serology testing relevant to COVID-19?

Serology testing is relevant to COVID-19 because it will help epidemiologists and other relevant professionals understand just how widespread COVID-19 actually is amongst populations in different areas of the world. Serology testing is able to give an accurate assessment of how widespread a given disease is because it identifies those who have been previously infected, rather than only those who currently test positive for having the SARS-CoV-2 virus in their bodies.

NEW: @JHSPH_CHS report describes potential uses of serology (antibody) tests for the SARS-CoV-2 virus, areas of uncertainty where additional research is needed, and examples from other countries now beginning to make use of these tests.

4. How is a serological test performed?

According to Dr. Elitza Theel, director of Mayo Clinic’s Infectious Diseases Serology Laboratory, serology testing is “quite different” from molecular testing. She notes that serology testing is typically done off a blood sample, and adds that while the samples being collected by the Mayo Clinic require a person’s serum, there are some places where simple finger prick tests are being used.

Theel says that the Mayo Clinic’s tests take roughly three to four hours to complete, but can be processed in large batches by an entirely automated system. As of April 17, Mayo Clinic alone has the capacity to process 10,000 tests a day. 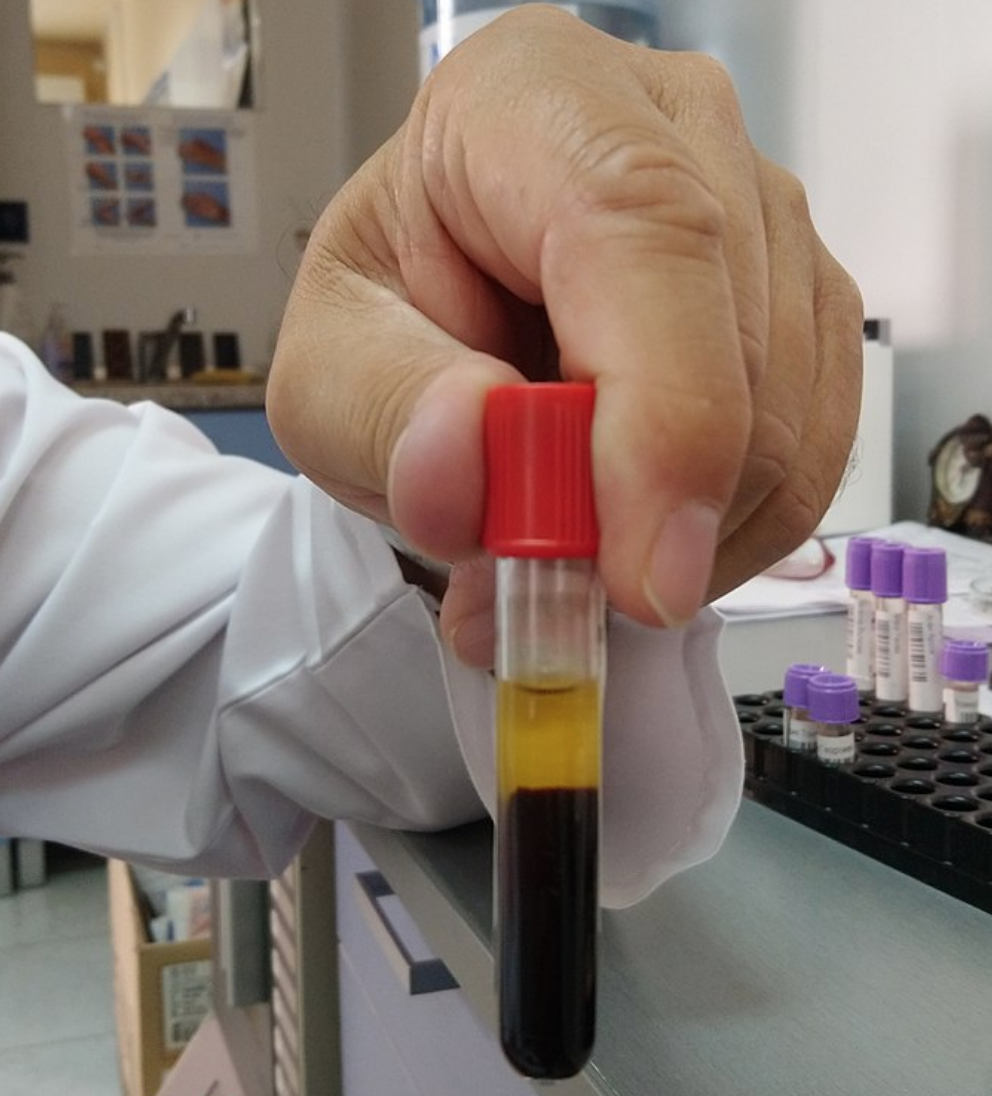 5. What would serology testing mean for COVID-19’s case fatality rate?

For example, a recent study performed by USC and the Los Angeles County Department of Public Health found that the number of COVID-19 infections in L.A. County was 28 to 55 times higher than originally thought based on number of confirmed cases. The USC press release for the study notes that this finding “suggests infections from the new coronavirus are far more widespread – and the fatality rate much lower — in L.A. County than previously thought.”

*Note that this study is preliminary, is only reflective of Los Angeles County, and that CFR is only one aspect of a disease.

6. How does serology relate to herd immunity?

Herd immunity is a form of indirect protection against an infectious disease that arises when a large enough percentage of a given population has become immune to it—whether via previous infection or vaccination—to confer some level of protection to those who are not immune to it. This is due to the fact that when a large enough portion of a population possesses immunity to a given disease, that portion will be unlikely to transmit it. In turn, the chains of infection spreading the disease are disrupted, which slows or even stops the disease’s transmission. 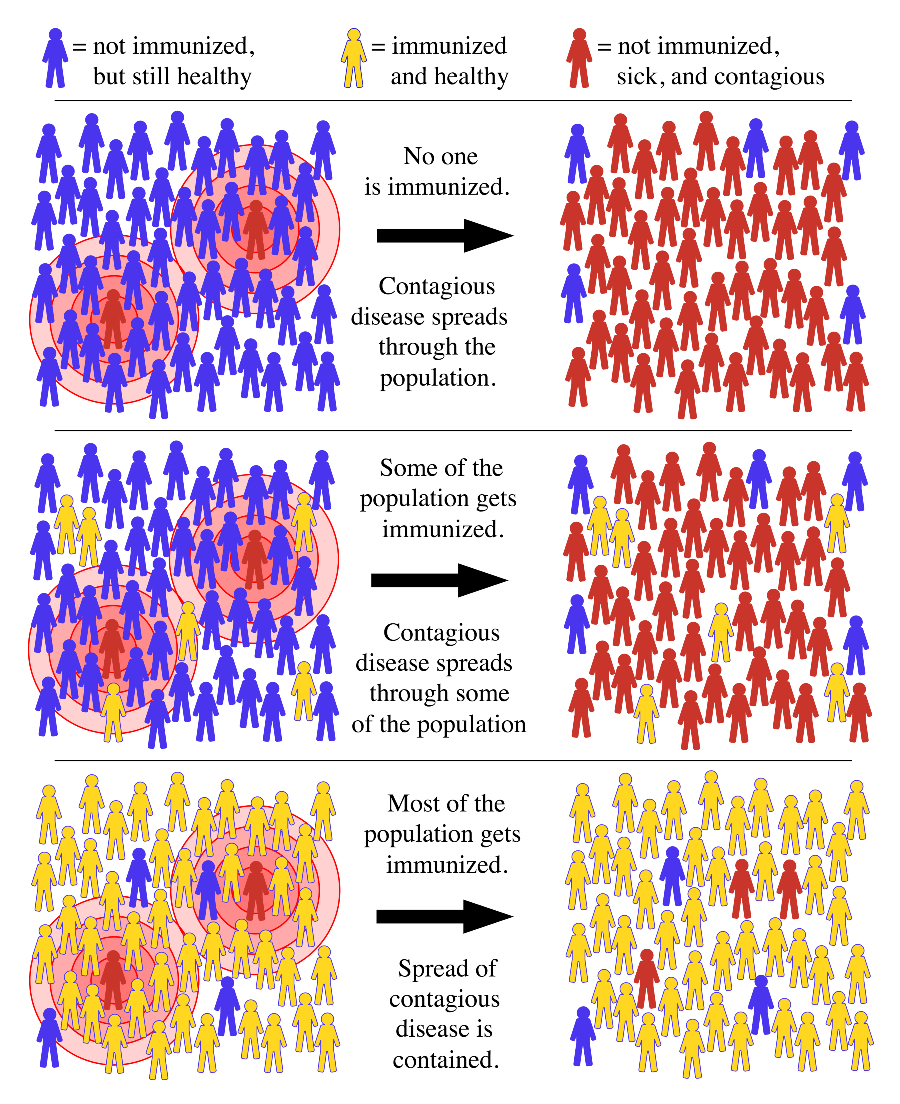 In this context, serology testing is important because it gives us some sense of how close a given population may be to achieving herd immunity. Unfortunately, however, the inputs required to accurately determine the herd immunity threshold (HIT), or number of people who’d need to be immune to COVID-19 in a given population to achieve herd immunity against it, is still quite unclear. Although the fact that many studies have been showing single-digit percentages, or in some cases low teens, is much lower than the estimated 33-44% HIT required for herd immunity for COVID-19.

7. What are the caveats of serology testing in regards to COVID-19?

In terms of caveats to note for serology testing, there are a lot. For example, because COVID-19 is a novel disease, epidemiologists et al. don’t yet know how long a person is immune to it after they’ve contracted and fended it off. Which means just because a person has immunity to COVID-19 immediately after they’ve been infected and have developed a proper immune response, does not mean they will have immunity months or years down the line.

For reference, Dr. Theel (mentioned above) notes that “based on prior studies during the SARS outbreak in the early 2000s, we know that protective immunity against that virus, which is closely related to SARS-CoV-2, is… detectable for about two years.” On top of that, epidemiologists still don’t know how much protection a person has once they’ve produced the antibodies to combat COVID-19. It’s possible their immunity is only partial.

Dr. Theel discussing serology as it pertains to COVID-19.