Why Virtually Eating Candy With Jaleel White Wasn’t So Weird

I write a lot about food here at Nerdist. So PR firms send me a lot of pitches and press releases about new snacks, treats, and fast foods. I got one recently that sounded so strange I thought I misread it. The American Licorice Company, which makes Sour Punch and Red Vines, invited me to a virtual candy tasting hosted by Jaleel White. Yes, that Jaleel White, Family Matters‘ Urkel. What did an iconic ’90s star have to do with new sweets hitting the market? I had no clue. But I knew I wanted to find out, because everything about this promotion sounded impossibly strange. In most ways it was. And yet, it wasn’t really that weird at all. Because in 2021 it was a perfectly understandable way to get people to pay attention. 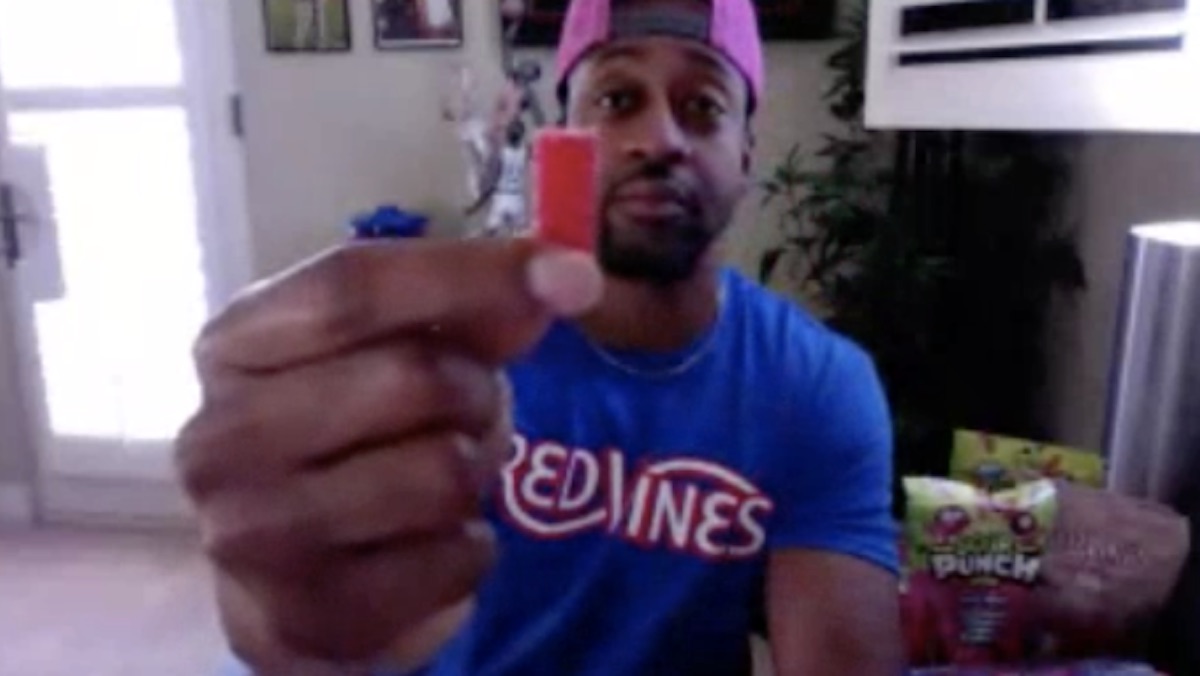 I’m a ’90s kid who loved ABC’s TGIF. Jaleel White was a constant presence in my life growing up. Just like he was for everyone in the ’90s. Everyone, that is, except Madonna. White told our group of over 30 that Madonna was the only famous celebrity he didn’t meet during the decade. He also told us how he used to play one-on-one with Denzel Washington, Tupac Shakur, and George Clooney. The former Urkel shared these stories while a bunch of strangers on their computers sampled candy. A sentence that seven-year-old me wouldn’t be shocked to hear because he wouldn’t understand a single word of it.

I’m not even sure 37-year-old me can fully comprehend it. It’s exactly as strange as you’d imagine to have an actor you watched as a kid serve as your Candy Sommelier three decades later. Just like it was odd when he asked us trivia questions about video games in space, the young population of Cambodia, and why he loves grape candy so much. What does an astronaut playing Tetris have to do with candy. Nothing. I’ll also never forget he was the person who taught me the major difference between organic and non-organic candy.* As all of us continued to stuff our faces with candy.

Multiple times during the event I wondered how the universe brought us both to this point. A question I’m sure the one participant wearing a suit and tie was also asking himself. Yeah, this tasting was as weird as it sounded.

But despite all of the individual components being surreal, on the whole this virtual event didn’t feel random or strange as it was happening. Because in 2021, anything you can (safely) do to get consumers and media to pay attention to your company is reasonable. There are now a seemingly infinite number of products to choose from, candy includes. And companies offer niche options for every palate. Borders are no longer a barrier to getting any of them. If you want something you can probably find it online.

Our attention spans aren’t exactly what they used to be either. By putting together a seemingly bizarre event, the American Licorice Company found modern day success. By hosting a weird tasting they made me take notice.

Without Jaleel White’s involvement I wouldn’t have even remembered the invite. And my editors definitely wouldn’t have approved me covering it. They did though for the same reason you’re reading this right now: it’s bizarre enough to be interesting. It might be easy to think this is a criticism of the company. “Celebrity host hired to sell unrelated item” can seem like an easy ploy or nonsensical gambit.

But that’s exactly why this tasting was brilliant. It worked! Plus it was fun and very nicely done. Jaleel White was gregarious and welcoming. He was also willing to discuss anything about his past and future, including playing Urkel. He even told us he has an idea backed by “an Oscar-winning director” for a different kind of Family Matters reboot. He was a—ahem—sweet guy. 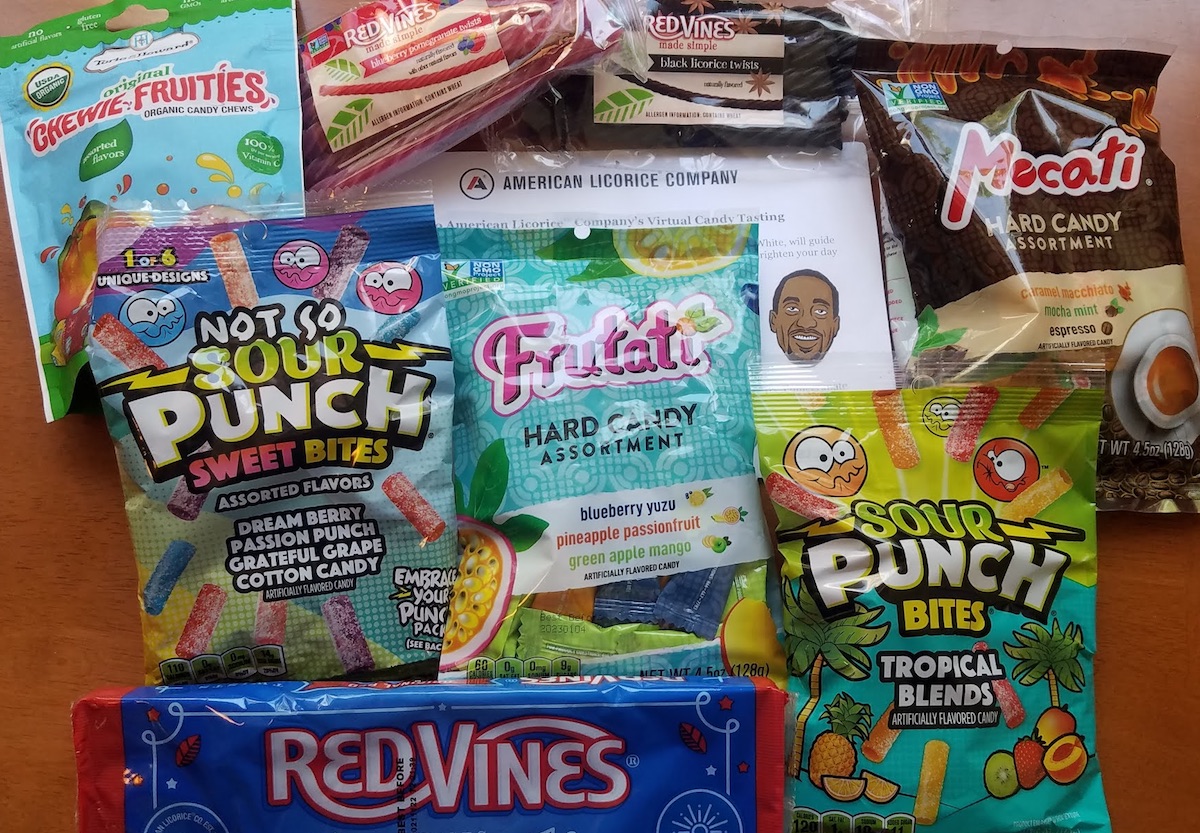 For one hour the company had my entire focus. And because they got mine, they now have yours. I’m happy to tell you how much I genuinely liked some of their new offerings. I hate black licorice, but their upcoming Red Vines Made Simple Black Licorice Twists are phenomenal. They have a nice subtle taste. I also loved their Sour Punch Tropical Bites. Though if you want something less tart you’ll prefer their sweet Sour Punch Sweet Bites. Both are light and dangerous. I could have eaten an entire bag of either in one sitting. And I’ll definitely be getting more bags of their Aprati hard candies. Both the Mocati coffee flavors and the Frutati ones.

Meanwhile, I have no idea what any of their competitors are putting out anytime soon. The companies who make Sour Patch Kids and Twizzlers didn’t ask Fred Savage to walk me through their upcoming offerings. If they did I’d attend that too. It would be weird to turn down an offer to do something that strange.

*Organic candy isn’t as vibrant, because it gets its color naturally. Now you too can say Jaleel White taught you the difference.