It’s hard to imagine it now, but the earliest ads for toys weren’t meant for kids. The target audience was adults. Major toy companies rationale was that grown-ups were the ones spending their hard-earned money on toys for the kids, so they’re the ones that need convincing on buying them. This line of thinking actually makes sense, to a certain extent. But the advent of television changes all this. And the first two ads to go this route are for the perennial classic Mr. and Mrs. Potato Head.

In 1952, Hasbro realizes their profits will increase exponentially if they advertise directly to kids. And the guinea pigs for this advertising experiment are the newly released Potato Head toys. Thanks to Cartoons Plus (via Boing Boing), that original Mr. and Mrs. Potato Head commercial from 1952 has now resurfaced. More than anything, it’s a stark reminder that once upon a time, kid’s toys were just downright creepy. You can now watch the entire vintage black and white TV commercial above.

Most old toys are kind of horrific. We all know this. We’ve all seen grandma’s baby doll collection, and that stuff is nightmare-inducing. But it’s not just dolls that were creepy as all get out back in the day. Even classic toys like Mr. Potato Head were just….off.  Of course, in their original form, the Potato Heads were just different body parts and facial features kids attached to actual potatoes. Hence, the super off-putting look. 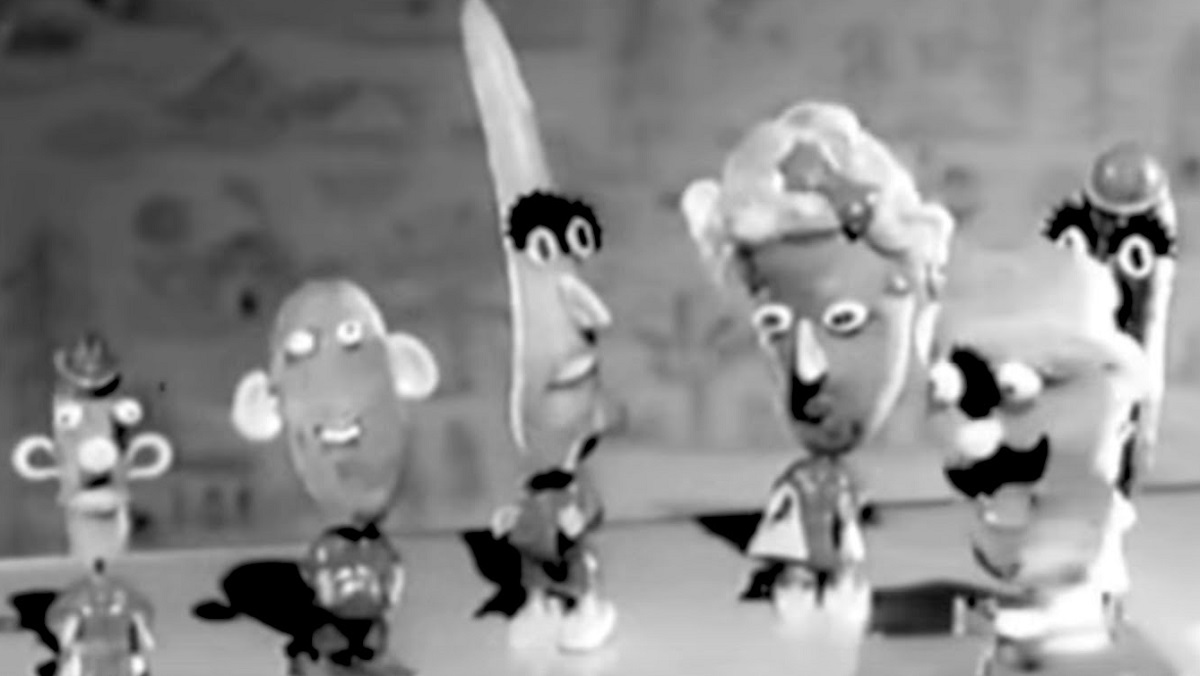 So why did the Potato Heads go from organic to plastic? It’s because young kids start to keep the rotting potatoes, which they now see as beloved toys. And as vegetables do, they rot away. So in 1964, Hasbro introduces the plastic potato body, that kind of never really looks like an actual potato. But it was a lot less menacing. But really, who knew that Mr. Potato Head could give the Annabelle doll a run for her money in the terrifying department?