Dolls Found Nailed to Trees in the Forest Creep Locals Out

It’s like a scene straight out of The Blair Witch Project. In the chilly forests of Staffordshire, England, some locals recently stumbled upon something very strange. Via Boing Boing, we learned about a hiker who was out wandering in the wooded areas of an area called Cannock Chase. There, she happens upon a creepy scene reminiscent of a horror movie. Several baby dolls hang from trees, some with nails, in a clearing. Beneath them sit an Ouija board and candles. The snow covering the scene only added to its unsettling nature.

You can check out video of the extremely spooky discovery below:

So who the heck set all this up? It’s unknown, but the 64 year old hiker who found them says she saw a sign indicating that this area was once the operating theatre for an old Ministry of Pensions Hospital. That hospital closed in the 1920s. Could it all be related, or is it just a coincidence? Certainly that hospital was the site of some serious suffering, leading people to believe that the grounds must be cursed. The hiker told Birmingham Live, “I have got a friend who is a spiritual medium and she wants to go and take a look up there to see if she can feel anything.” 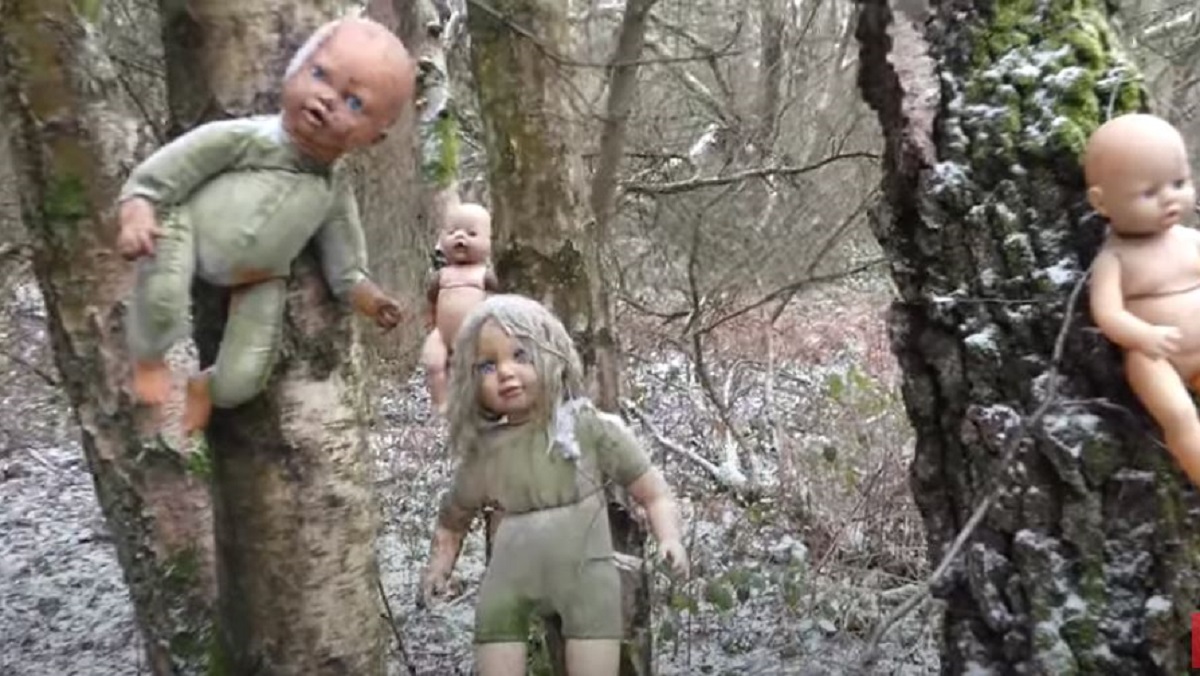 Of course, the truth is likely to be a lot more mundane. For all we know, it was just part of someone’s art project. Possibly it is the backdrop for some Goth kid’s photoshoot. Another possibility is that some student filmmaker decided to shoot a horror short up there and just never bothered to take all those eerie dolls down. In a way, we hope we never find out what all this means. It’s more fun to imagine that area as part of some elaborate scary story or local legend.