We all know the arrival of Star Wars in 1977 changed movies forever. But just as big a deal was the arrival of Star Wars toys. To paraphrase Governor Tarkin, the toys changed the whole industry “in one swift stroke.” It’s hard to describe just how big a deal Star Wars toys were to kids of the era. Thankfully, newly unearthed news footage, shot at a Toy “R” Us back in 1980, gives a clear picture just how enormous it all was. You can watch 25 full minutes of vintage Kenner Star Wars goodness, via YouTuber That Junkman, right here:

All of this footage was shot right as The Empire Strikes Back hit theaters. Famously, Kenner Toys found themselves quite unprepared for how huge George Lucas’ space saga was going to be. So there weren’t any toys on the shelves when the original movie first hit theaters. By the time Empire rolled around, it was quite the opposite story. New toys were everywhere. Toys “R” Us became a ground zero to all kids wanting to get their hands on the latest Darth Vader and Han Solo figures. Or maybe even some new guy named Boba Fett. 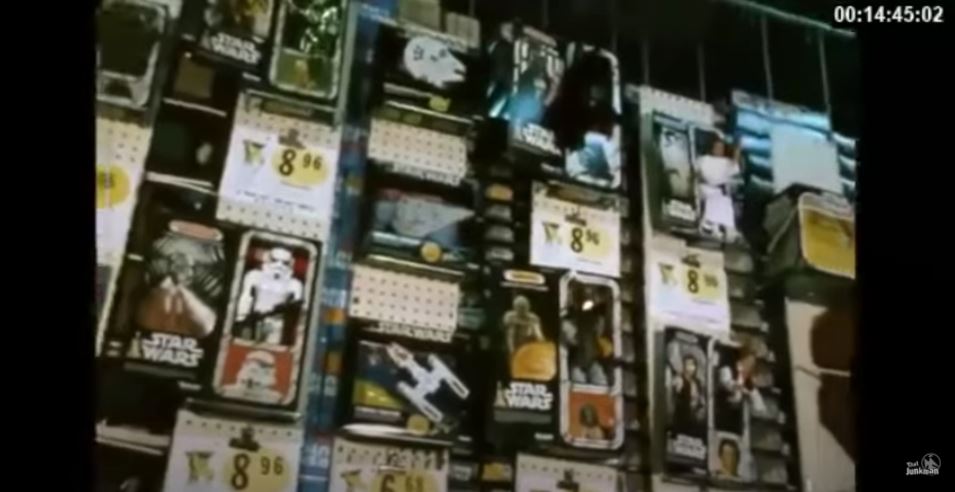 One of the more amusing portions of this video is the reporter, at least with the benefit of hindsight. We hear him wonder aloud if this whole Star Wars thing is going to be another passing fad. Kind of “like the hula hoop.” But then, the Toys “R” Us manager assures him that it will not be. After all, this video takes place three years since A New Hope, and toys were still selling like hotcakes. Here we are, over 40 years later; and we’re all still buying Star Wars toys. So we think that toy vendor knew what he was talking about in the end.