Video Shows How Stars Will Move Over Next 1.6 Million Years - Nerdist

Video Shows How Stars Will Move Over Next 1.6 Million Years

A group of professional astronomers from the European Space Agency’s Gaia mission has created every Pink Floyd superfan’s dream: an animation of stars in the night sky streaking through space, across more than a million years of time. And, to make things all the more cosmic, the animation shows the stars not as they moved in the past, but how they will in the future.

Futurism picked up on the animation, which the ESA astronomers recently posted to YouTube. In a post on the ESA’s Gaia site, the group outlines how it developed this brief, yet stellar visual model. And, according to the astronomers, it is indeed “scientifically correct,” using the right calculations for assuming the trajectory of these stars.

Speaking of which, the animation includes 40,000 stars, within a 100-parsec distance from the Sun. (That’s about 3.3 light-years across.) Although the astronomers note that there are far more stars in this cross-section than shown. Meaning this slice of sky is even starrier IRL. 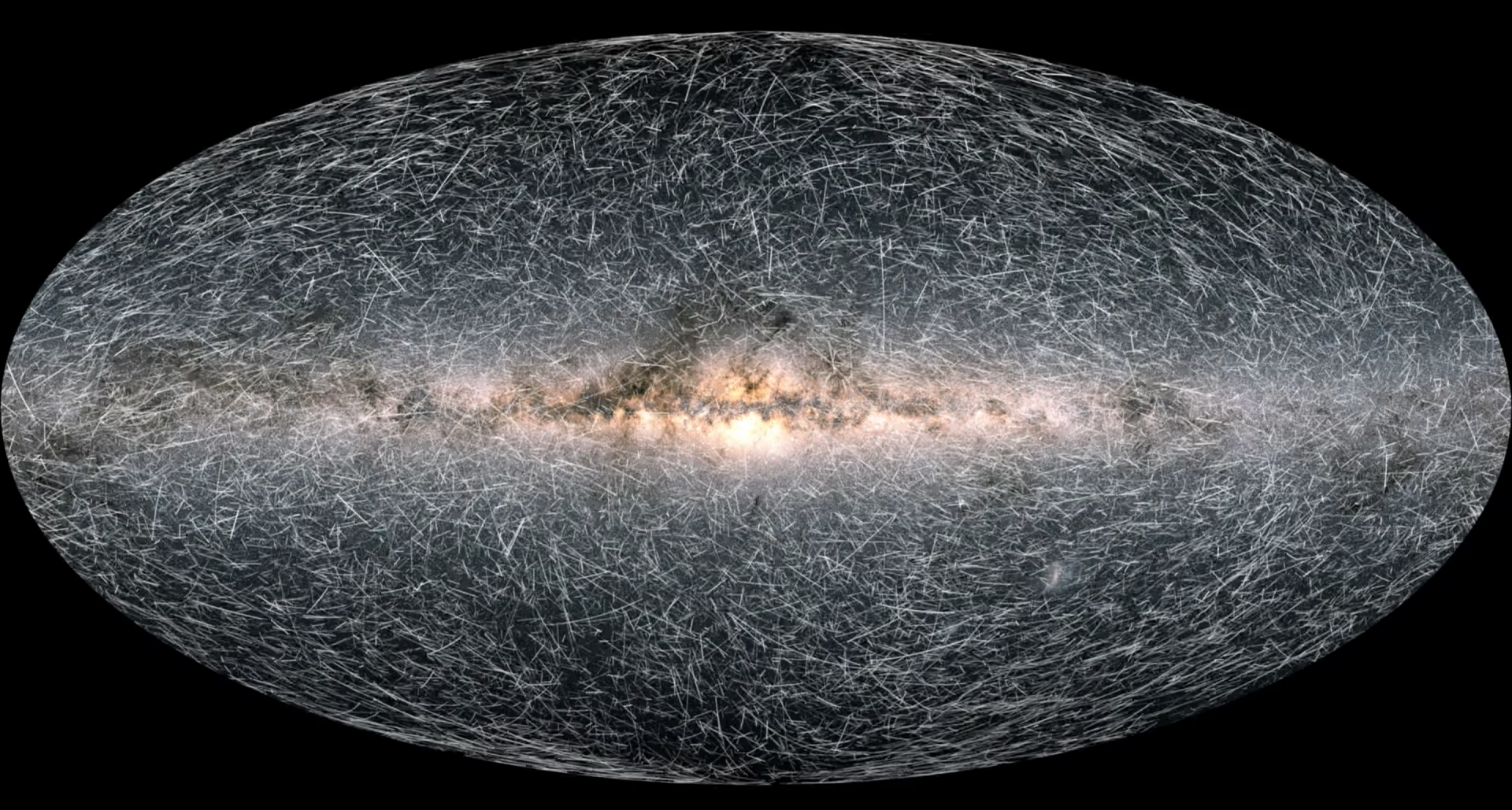 The first frame of the animation shows the current positions of the 40,000 stars in the night sky. Note the dots vary in brightness based on the actual brightness of the stars they represent.

The next several frames show trails appearing from the locations of the stars. These trails show how the stars will move across the sky over the course of 80,000 years, and give them an arc that viewers can follow. In other words, the astronomers stretched out the stars into 80,000-year-long streaks so it’s easier to see their movement.

Subsequently, the bright points representing the dots fade, leaving only the trails to follow. The rest of the short animation shows how the stars will move over the next 1.6 million years.

The Gaia astronomers also released an equally interesting animation of 74,281 stars in the same 100-parsec cross-section moving around the center of our galaxy. In that above video, the animation shows how the stars will orbit across the next 500 million years. Incidentally—although perhaps not?!—the animation reminds us very much of this translucent cinnamon roll of the deep sea.