NASA Captures Stunning Imagery of Plasma Blast on the Sun

NASA’s Solar Dynamics Observatory (SDO) recently captured imagery of a plasma eruption on the Sun’s surface, and it’s a wild sight to behold. NASA’s SDO, a spacecraft that orbits Earth, viewed the eruption at the end of November. Now, in a new video, NASA shows—in visible and invisible wavelengths of light—exactly what the gargantuan solar event looked like.

NASA recently posted the above video of the solar eruption to its YouTube channel. The event on the Sun’s surface—which lasts only seconds in the video but likely around an hour in real time—begins with a solar flare; that is, an intense burst of radiation associated with a release of magnetic energy. (This burst arises from the tangling of magnetic fields around the dark spots on the Sun’s surface.)

After the solar flare, there is a subsequent eruption of solar material—a giant cloud of magnetic fields and gas known as a coronal mass ejection, or CME. 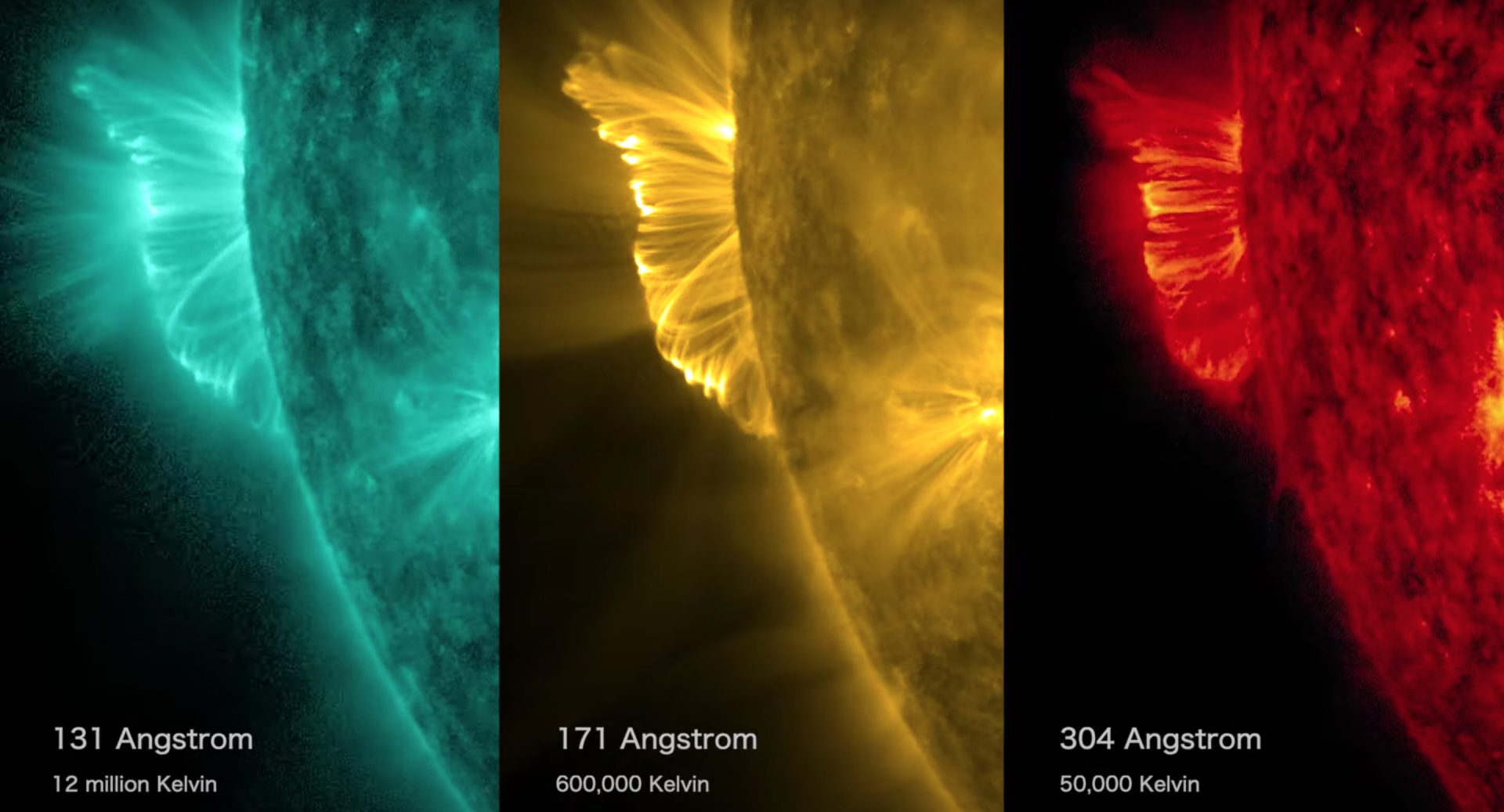 In terms of the flare’s size, NASA, unfortunately, doesn’t mention any of the dimensions. But, by some estimates, solar flares are, on average, are around 62,000 miles in diameter. (i.e. flares like these are generally around ten Earths across.) And coronal mass ejections, which consist of a bubble of plasma (atoms with their orbital electrons removed) can span 23 million miles across.

Note that while the Sun emits all colors of light, we predominately see it in yellow, as that’s the brightest wavelength for the human eye. In the video, NASA offers visible representations of light wavelengths the SDO captured outside the visual spectrum. Hence the triptych of perspectives that appears around a minute into the video. 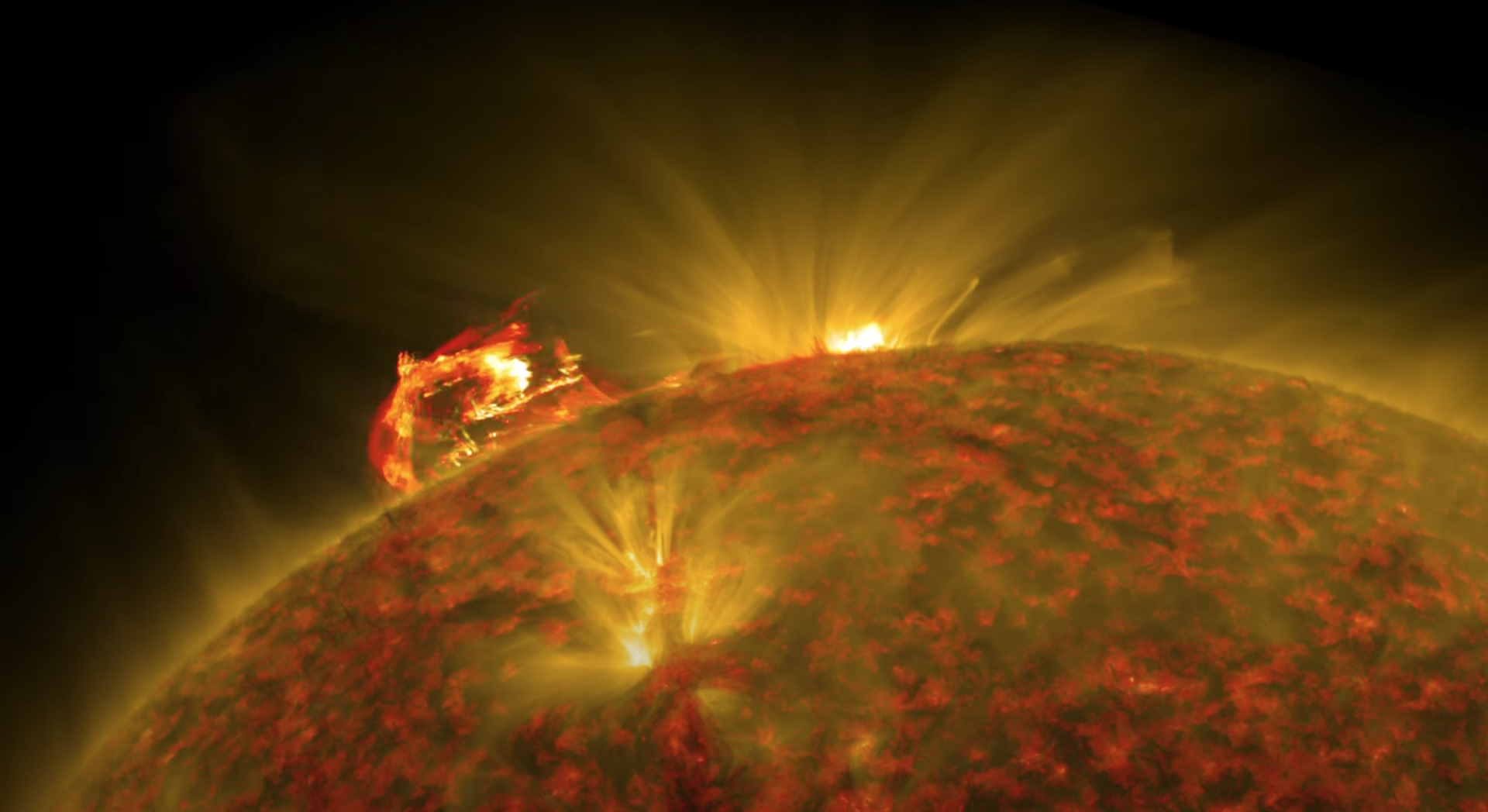 Aside from the wild imagery, the highlight of the video is obviously that inspiring music. It definitely helps to put viewers in that interstellar state of mind. For our money, anyway. Speaking of which, everybody remembers we have a $1.5 billion satellite headed straight for the Sun, right? Hopefully an eruption like this one doesn’t burn up that investment.