This Video Compares the Tiniest and Largest Things in the Universe

There’s something about comparing the size of objects—say, moons or sci-fi starships—that is endlessly appealing. But while comparisons we’ve seen cover subsets of stuffs, none have looked at the big picture and its tiny details. Now, however, a new video from YouTuber Harry Evett does just that. And this size comparison of things on the subatomic scale all the way up to the universe itself is mind-blowing.

Evett, a U.K.-based artist and animator who focuses on all things space and science, doesn’t give any context for why he created the Über comparison. But comparisons are Evett’s thing, and he’s done a ton of them, which means he was going to tackle the universe itself at one point or another.

The video begins the size comparison with a look at the Planck length, arguably the shortest unit of length possible. And even though it just seems “tiny” in the video, it’s hard to image how minuscule the Planck length is. For some reference, if you were to take a particle .004 inches long (the smallest diameter object the unaided eye can register) and blow it up to the size of the entire universe, the Plank length would be the length of a .004-inch-long object within that universe. 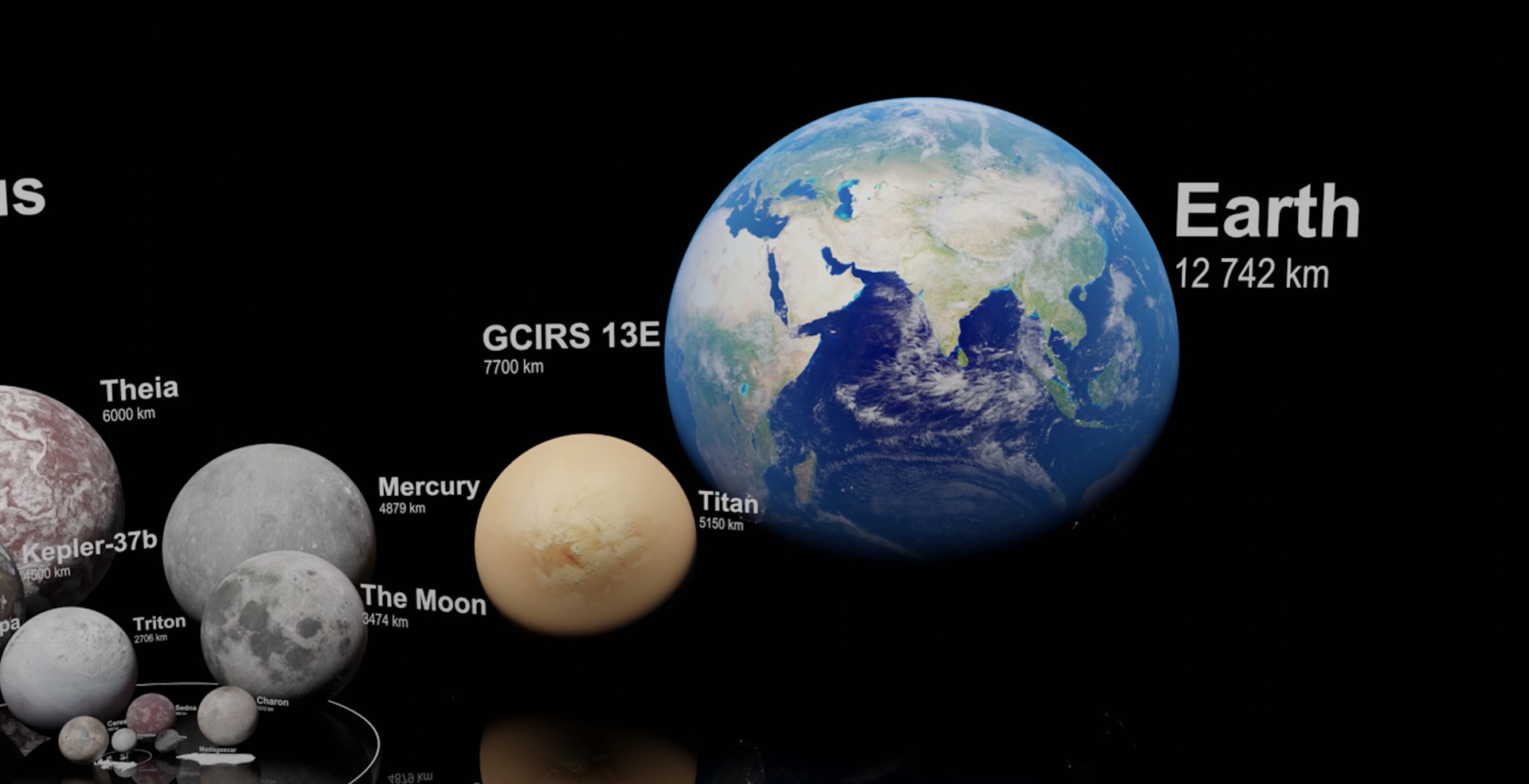 After establishing the Planck length, the video looks at the sizes of everything from dinosaurs to stars. Overall, the collection of objects is arbitrary, with jumbo jets, moon craters, and black holes appearing as points of reference. Evett does give descriptions of objects though, which is helpful for relating things to each other.

Unfortunately, it does seem difficult to compare these disparate objects while keeping an overall sense of scale. It’s easy to develop a sense of relative size for similar objects, however, which is understandable. And it’s obviously the reason why so many other comparison videos only compare like with like. Regardless of that difficulty, it’s still always good to have a reminder of just how tiny we humans are in the grand scheme of—all these different size—things.