Back in February 2020, YouTuber and programmer Denis Shiryaev made an “upscaled,” colorized version of a brief film made in 1896. It was our first look at 19th century footage in color and 4K, and it blew our minds. Now, the brain explosion continues with a new, improved-quality clip from yet another upscaler, which captures a day at the beach in 1899. And all we can say is ocean-adjacent recreation has changed a lot since then.

Vintage fashion film archive Glamour Daze recently posted the above video to its YouTube channel. The channel, like Shiryaev, says that it has enhanced its footage using artificial intelligence. The channel doesn’t go to into depth, however, but does note that it deploys neural networks to perform the upscaling.

In the video, we’re treated to a glimpse of a day in 1899 at the beaches of Étretat and Le Tréport in Normandy, France. The film, which French illusionist, actor, and film director, Georges-Jean Méliès may have produced, begins at the train station. A few dozen or so people board onto the train, and then the film cuts to the beach. 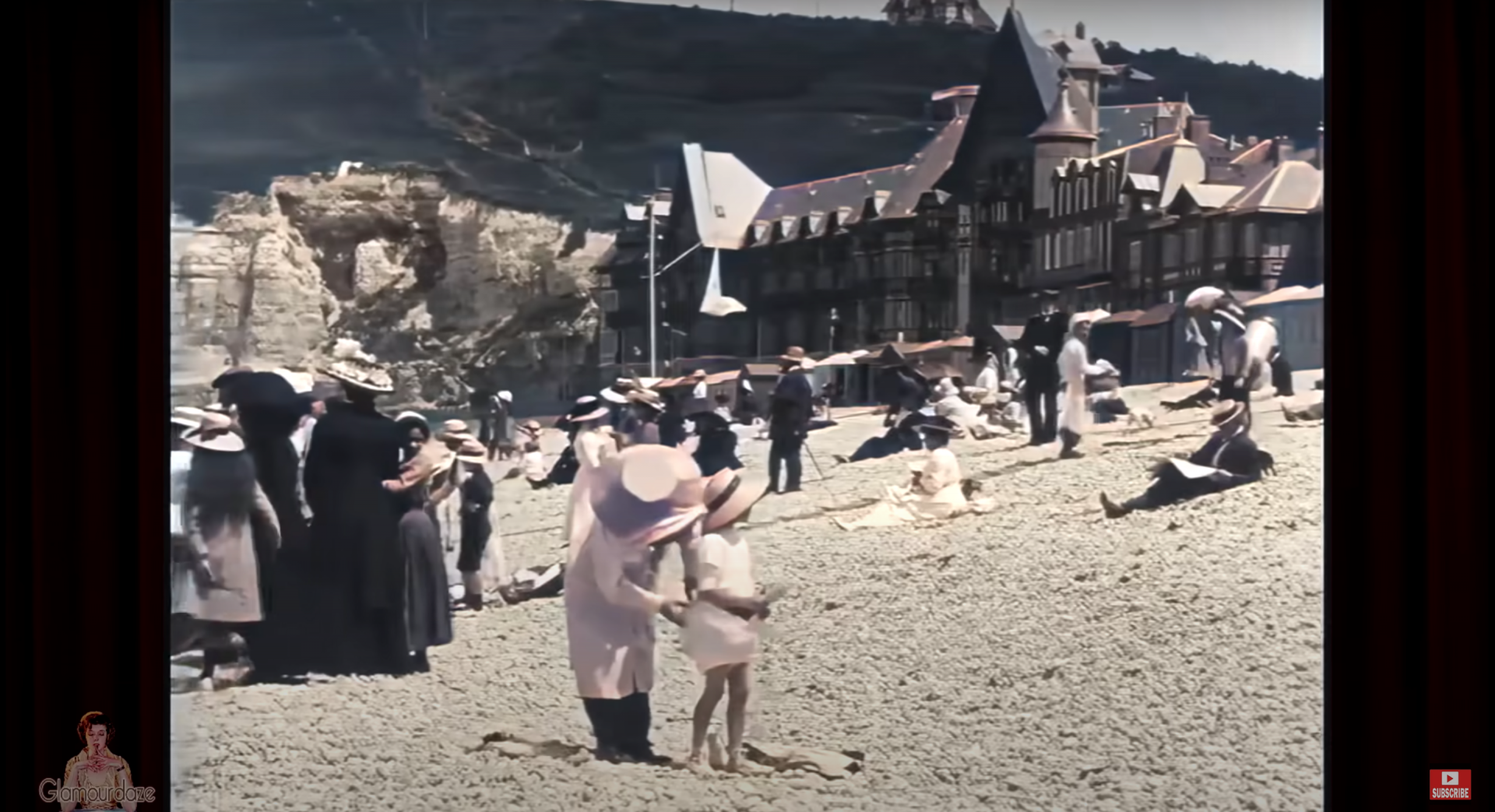 At the beach, hundreds of people mill about in some of the hottest-looking clothing ever. And that is in the most literal sense of the word “hot” you can imagine. Nearly everyone in the film is wearing Victorian suits and dresses, which cover everything from ankle to neck. Plus they’re all wearing hats, although at least those protect against the Sun. (And make all the kids look like little, curious sailors.)

Glamour Daze notes in the video’s description that the French folks in the film are on vacation, and that, at the time, Parisians headed to the sea fronts of Normandy to relax. Apparently relaxing also involved swimming in the ocean, although only a handful of people appear to be wearing swimsuits. Which still cover up pretty much their whole bodies anyway. Literally, they’re swim-suits. 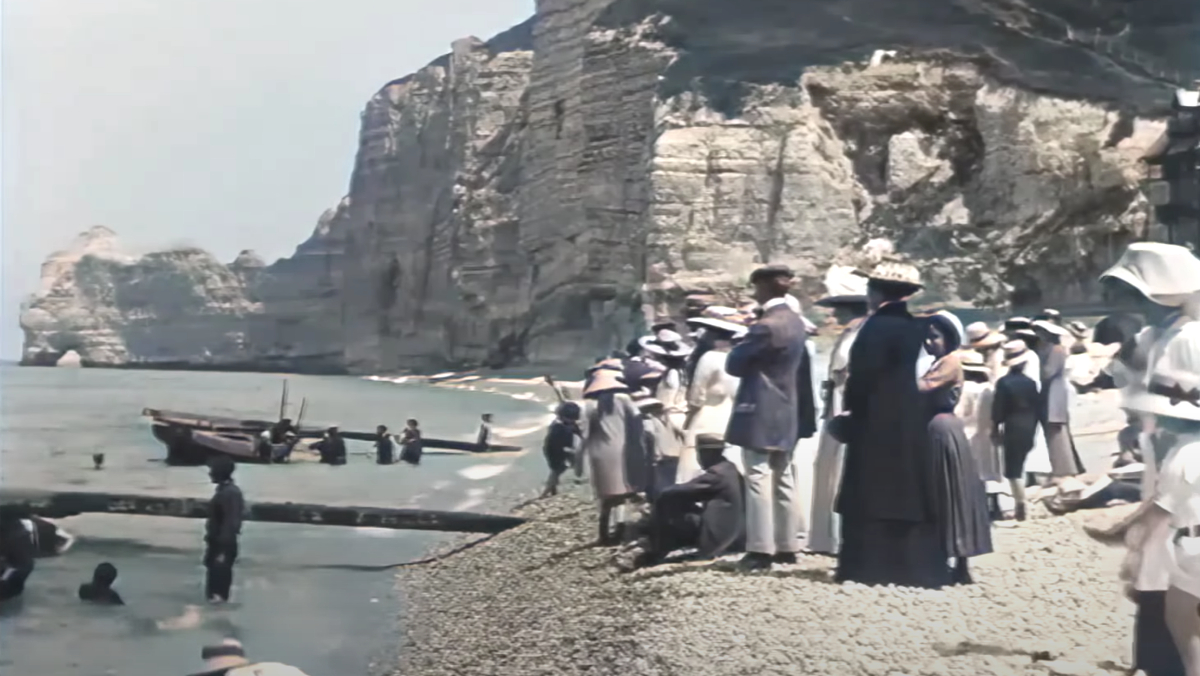 As for more surreal peeks into the past, AI can provide plenty of them. Not only are the channel’s other videos eye-opening, but machine learning can make all kinds of quality improvements to other things from history. Such as portraits of historical icons, who seem more real than ever through the eyes of a computer.