A Tiny, Intricate TWIN PEAKS Lodge for Squirrels and Birds

Twin Peaks taught us not to trust owls. But as far as I know, squirrels and sparrows = A.O.K. That’s good news, given that one Twin Peaks diehard has devoted a lot of energy to sharing their fandom with adorable woodland critters. February 24 (a.k.a. Twin Peaks Day) saw the debut of a new Instagram account dubbed The Woodlands Lodge. The account hosts photos and videos of a Twin Peaks tribute that’ll thrill animal lovers in particular. (We first found the account thanks to a write-up by Boing Boing.)

In California’s Verdugo Woodlands, the host created a miniature lodge decorated with Twin Peaks accoutrement. This includes decor inspired by scenes from the series, as well as photos of Twin Peaks key players. We spotted creator David Lynch (who doubles as FBI Agent Gordon Cole) and characters Dale Cooper (Kyle McLaughlin), Laura Palmer (Sheryl Lee), and “The Arm” (Michael J. Anderson). But in order to make the lodge habitable for tiny visitors, the host also included treats aplenty. Peanuts, walnuts, birdseed, you name it. The below videos showcase some pint-sized travelers stopping in for a snack. (And maybe to debate Twin Peaks theories. No one is immune to the hype, no matter how small or avian.)

As mentioned, the so-called Woodlands Lodge makes its home in the Verdugo Woodlands of southern California. The area provides home to birds including the Costa’s hummingbird and California gnatcatcher; small mammals who live in the area include the white-eared pocket mouse and multiple types of kangaroo rat. As far as I can tell, the woodlands don’t house any portals to sinister underworld dimensions. Granted, I haven’t visited recently. 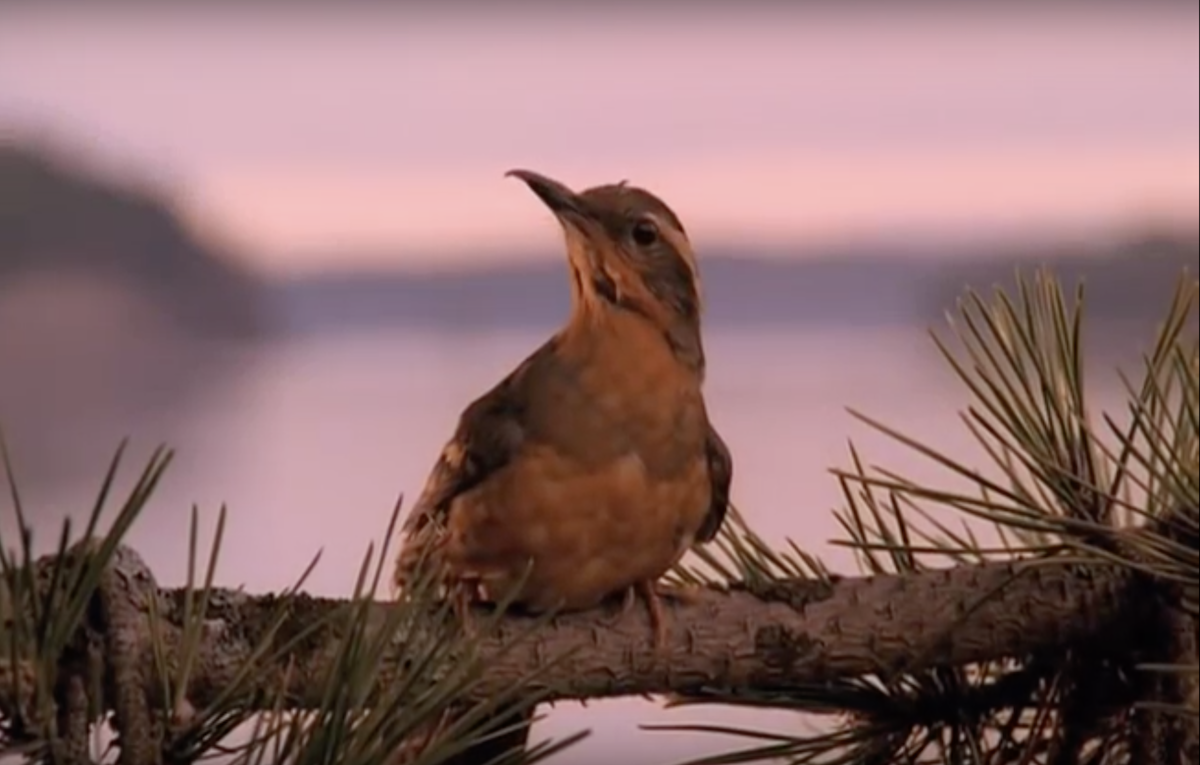 In addition to the above, there are several more videos and photos of little animals enjoying the Woodlands Lodge. You can check them all out over at the account’s proper Instagram page; most of the videos come with a catchy tune, so get your headphones handy.