TWIN PEAKS’ Connection to the Great Conjunction of Jupiter and Saturn

So you might have heard that this year, December 21 is not just the Winter Solstice. This year is special. Tonight is the night of “ The Great Conjunction,” where the planets Jupiter and Saturn perfectly align, as Jupiter passes in front of Saturn. For a moment, the two giant planets will essentially look as one. This cosmic event happens very rarely, but one this close only happens every 400 years.

It’s pretty epic and cool in the real world…but in the world of David Lynch’s cult classic Twin Peaks, it means that the gates to the mysterious Black Lodge are about to open. For casual Twin Peaks fans, that’s another name for the creepy and extra-dimensional Red Room. And its opening up is usually not so great a thing.

Jupiter and Saturn in conjunction.

The Jupiter and Saturn “Great Conjunction” was explained in a late season two episode. In that chapter, Special Agent Dale Cooper ( Kyle MacLachlan) explains the translation on an ancient Native American cave painting. This explanation suggests that the gateway to the otherworldly realm known as the Black Lodge can only open to the outside world during this special celestial event. You can see a Cooper’s explanation in the clip above, via Welcome to Twin Peaks. 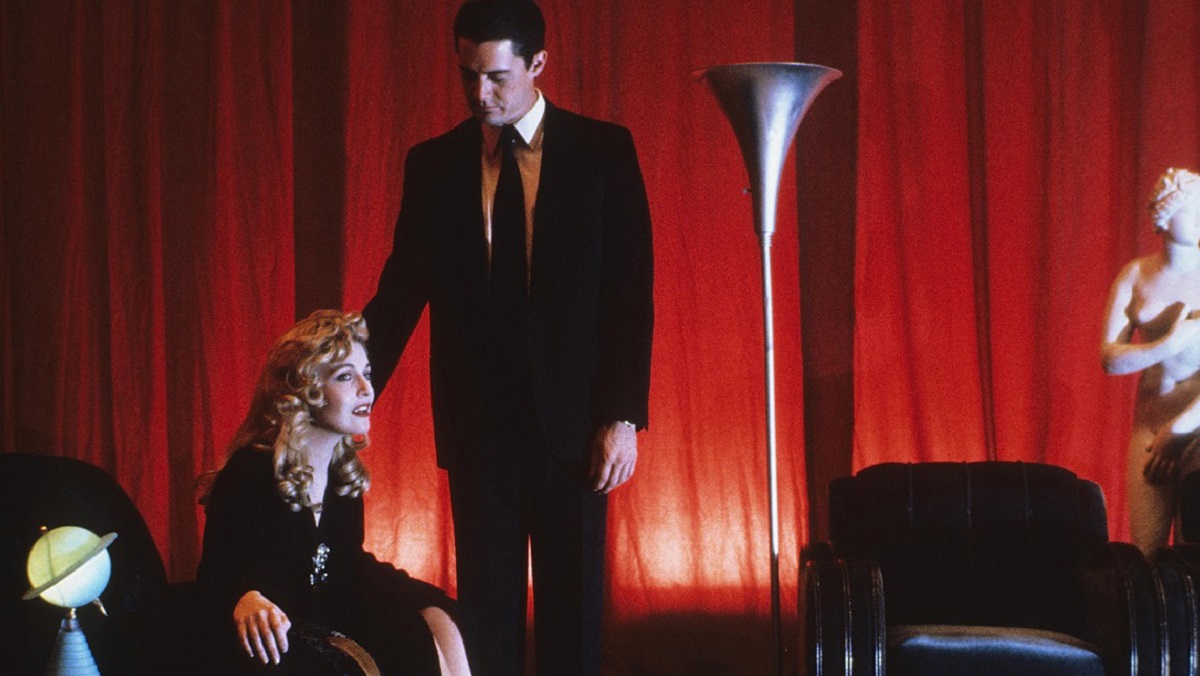 Agent Cooper suggests that this event signals “explosive change,” both good and bad. In the narrative of the show, this foretells that Agent Cooper would become trapped in the Black Lodge, while his evil shadow self would emerge. This happens in the original series finale. This doppelgänger wreaks havoc upon the world for the 25 years to follow before ultimately being defeated (maybe?) in the 2017 revival series. The feature film Fire Walk with Me also shows a decorative Saturn statue on a table. We doubt it’s a coincidence.

Rumors abound that a Twin Peaks continuation is in the works, and this ultra-rare Great Conjunction would certainly be a good time to announce something. We have our fingers crossed that David Lynch has a surprise in store for us.