There are some songs that seem to exist in a separate sphere from all other songs. They’re radio hits, they’re earworms, they’re memes. But most of all, they’re so good, that they’re able to transcend easy categorization. They just make us happy.

One such song is “Africa” by Toto. Something about the laid-back energy, the soothing vocals, and the percussion really puts us in a mood. Luckily, the members of Toto know this, and they offered us a brand new special treat: an at-home rendition of the song.

Three members of the band—Steve Lukather (guitar), Joseph Williams (vocals and keyboard), and Lenny Castro (percussion)—reunited for a quarantine version of “Africa,” we learned about via Laughing Squid. As they explain, they were originally going to do a deep-jazz fusion version of the song, but ultimately decided to stick with the version that we all know and obsess over.

And oh boy did the guys have fun with this performance. Williams dances around his home, occasionally popping in to sing along with a figurine version of himself. (Fun fact if you didn’t already know: Joseph is the son of legendary composer John Williams.) The guys all sway and smile. Castro hops onto multiple percussive instruments to bring us the full, layered version of the song. It’s really one of the most delightful at-home song renditions we’ve seen yet, because it’s clear how much the members of Toto enjoy playing the song and bringing it to us in this format. 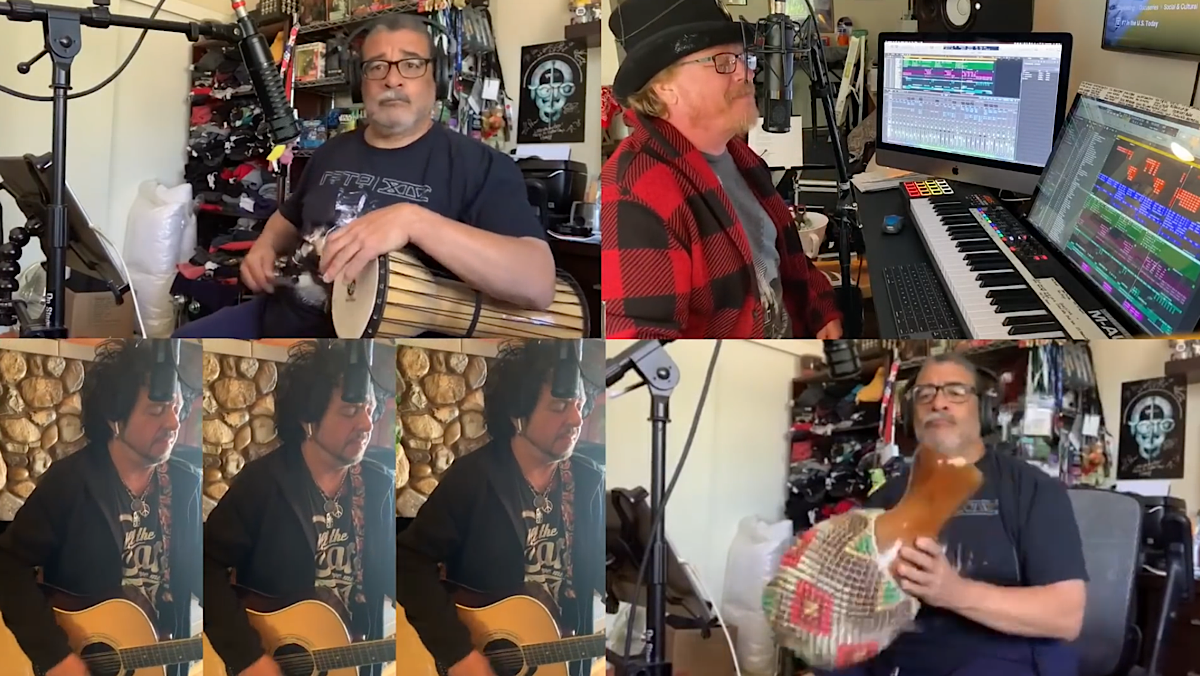 Toto joins a long list of musicians and celebrities finding creative ways to bring nuggets of joy to all of us during quarantine. They certainly don’t have to do any of this, which makes it even more wonderful when they do. Now we can dream of far-off lands and wade into a calm headspace all over again, and we have Toto’s at-home “Africa” to thank for that.