The internet is obsessed with two songs and two songs only. But for different reasons. The first is Smash Mouth’s “All Star.” It’s a bad song that garners a lot of ironic admiration. It’s silly and it lends itself perfectly to silly covers. The world wide web’s other musical obsession though legitimately rules— Toto’s “Africa.” Whether it’s being played with sweet potatoes or being sung via a litany of cartoon impressions, it always sounds great. There’s just something inherently electric about it, which is why it’s also amazing when played entirely by Tesla coils.

This video (which we first saw at Geekologie) comes from the YouTube channel Franzoli Electronics. This is not merely a light show—it’s so, so much cooler than that. The purple sparks produced by the coils create the music. Here’s the official explanation for the video.

“For those who did not understand what is going on this video, here’s a brief explanation: The main loud music really comes from the Tesla coil sparks. They are literally playing the music due to the programmed phase, pulse width, and firing frequency! So, there are no speakers, no audio/video special effects. It looks even better in person and sounds almost the same, just without the beat/percussion backing track.” 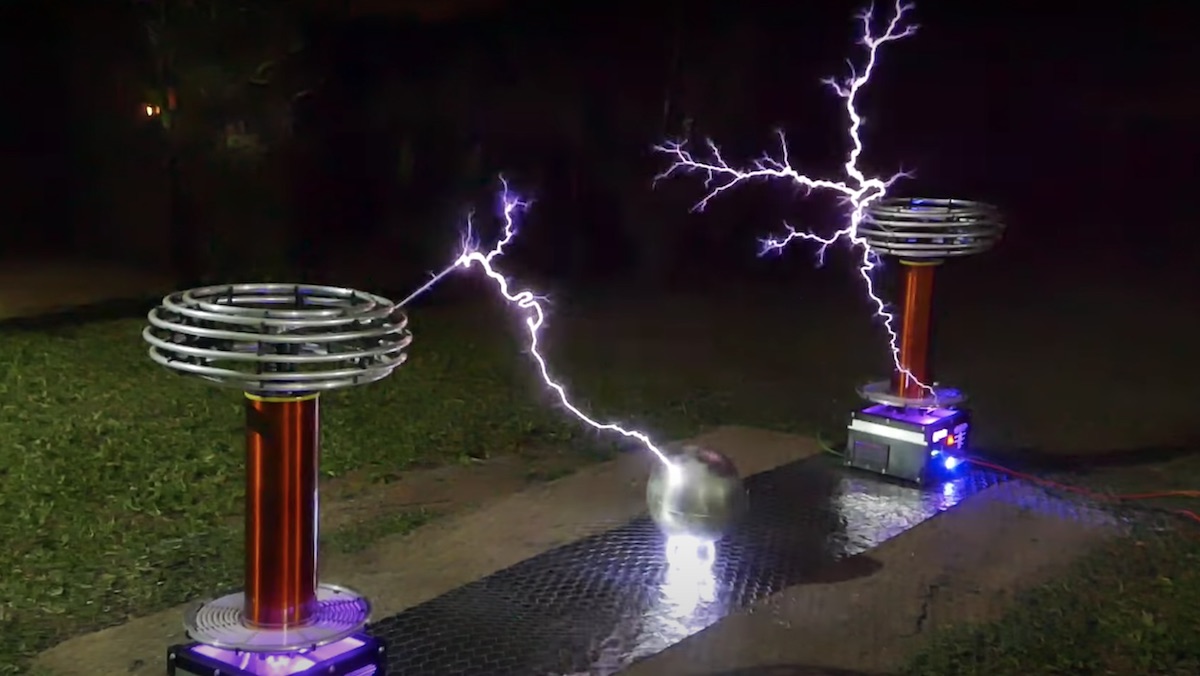 Science! And “Africa” by Toto!

You can find many more of these “musicoils” at the Franzoli Electronics YouTube page. Some tracks really translate with this unique format.

This next cover is so perfect though it might be impossible to find a better match.

Literally ready to fight Goro after hearing that.

However, you know what song hasn’t been played by Tesla coils yet? Smash Mouth’s “All Star.” We know!

Based on the internet’s track record, though, it will be eventually.