If there’s one song that captures melancholy and heartache greater than any other, it’s Leonard Cohen’s “Hallelujah.” The song is hauntingly beautiful, attaching a deep weight to your heart and soul every time you hear the opening chords, matched only by its poignant and powerful lyrics. It’s no secret this song is a frequent shorthand in pop culture, a signifier of a change in mood or circumstance. Dozens of artists like Jeff Buckley and Rufus Wainwright have covered this song, and it continues to pervade film and TV today. And since the Justice League director’s cut trailer decided to lean on the song’s tone and mood rather than conjure up any from within the actual film itself: these are the top eight uses of “Hallelujah” in pop culture.

After Hillary Clinton lost the 2016, SNL decided what America needed most was for Kate McKinnon as Hillary Clinton to play “Hallelujah” on the piano and sing, in character. Audience reaction was mixed on this cold open; some found it soothing and earnest, others thought it was obnoxious and embarrassing. Because of its divisiveness and now infamy, it takes our eighth spot.

Supergirl’s Season Three, Episode Four entitled “The Faithful” features Jeff Buckley’s cover, as Kara watches a hologram of her mother in the final moments of the episode, which was a distillation on religion and faith. In a surprising twist, no one actually died before the song plays. But the application still takes on a reflective connotation, and considering the episode is about a religion that worships Supergirl (called the Children of Rao), the sacred sentiment of “Hallelujah” makes a lot of sense.

Considering how often ER was a show about tragedy and loss, it’s kind of amazing how late in its run the show used “Hallelujah”. The Jeff Buckley cover appears in the episode “The Honeymoon Is Over,” the finale of season 13. The song finishes while Neela (Parminder Nagra) pauses to observe an anti-war protest (the year was 2007, folks!), but is absent from the climactic final scene, where protesters trample her following a grenade explosion. The episode also featured final starring appearances by cast members Goran Višnjić and Shane West, so the song certainly echoes the final nature of their place in the ER-verse.

John Cale’s cover of “Hallelujah” soundtracks the end of Scrubs’ fourth episode, “My Old Lady,” where J.D. (Zach Braff) and the other doctors at Sacred Heart Hospital all grapple with patients who die. While Scrubs was a comedy first, this episode and the version of “Hallelujah” we hear also showed how Scrubs could touch on the emotionally resonant and realistic, for all of its wacky antics. 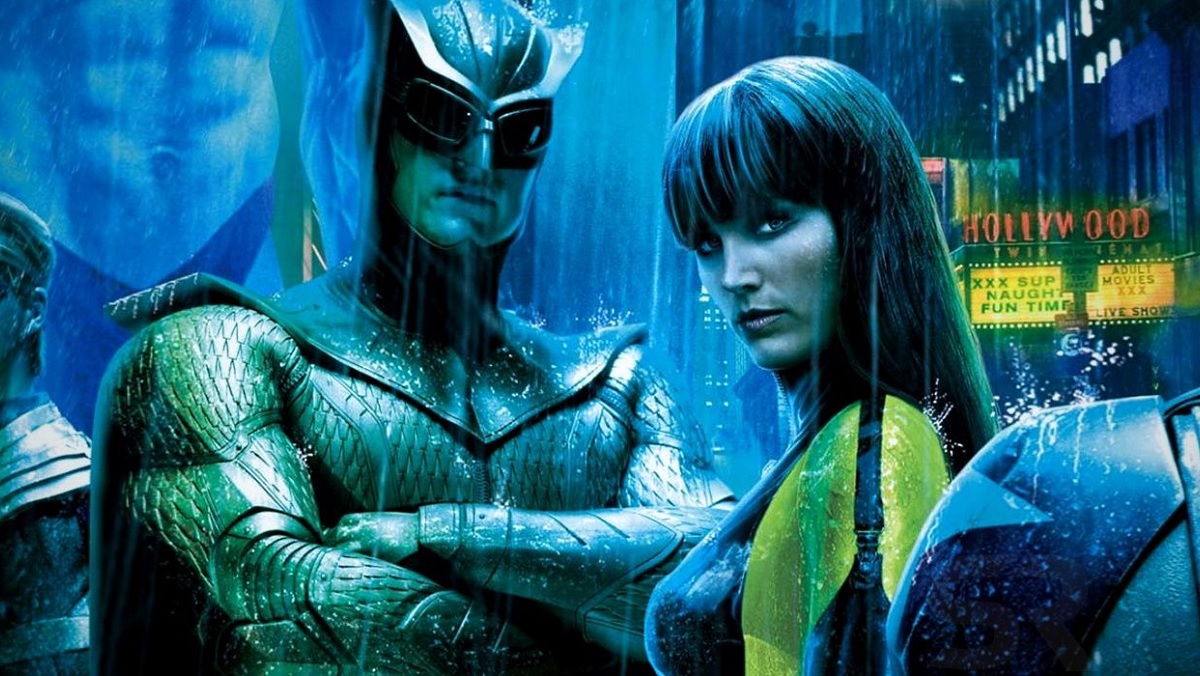 Before Damon Lindelof’s prestige HBO show put Watchmen back into the forefront of the cultural zeitgeist, the only adaptation we had was the 2009 Zack Snyder film. And clearly, Zack Snyder is a fan of using “Hallelujah,” since he used it to score the trailer for his newly recut edition of Justice League. In Watchmen, Leonard Cohen’s original version of the song plays while Nite Owl II (Patrick Wilson) and Silk Spectre II (Malin Ackerman) get busy on the Owl Ship after rescuing a bunch of people from an explosion. I’m not sure of any other examples in pop culture where people have boned to this song. It is darkly romantic, sure, and in this instance, it’s intended to be ironic and over-the-top, but the question remains: is “Hallelujah” sexy?

Another doozy of a moment: in The West Wing’s Season Three finale, “Posse Comitatus,” C.J. Cregg’s (Allison Janney) boo, Special Agent Simon Donovan (Mark Harmon), stops at a New York City market that’s in the middle of an armed robbery. Donovan is shot and killed, and C.J. is pulled away from the middle of a Broadway musical. She’s stumbling through Times Square, sobbing, until she sits down on a bench and lets the tears flow, all while that familiar Jeff Buckley cover of “Hallelujah” plays. It’s upsetting to see C.J. and Simon’s relationship cut short, and even more painful to watch C.J., a pillar of stability and toughness on The West Wing, grieve so openly and publicly.

Shrek is a miracle. You can fight me if you want to, you might think it’s overrated, I don’t care. Shrek is a genuinely funny satire of all things fairy tale, it’s a tight hour and thirty-five minutes, and its soundtrack is full of bangers. Shrek is a perfect film. Rufus Wainwright’s cover of “Hallelujah” plays after Shrek, Donkey, and Princess Fiona have parted ways after delivering Fiona to Lord Farquaad, and everyone is full of regret. This song is all about missing people! It’s about how hard loving someone is, even if that someone is a talking donkey. The juxtaposition of the seriousness of the song played against the absurdity of the characters in the Shrek universe is very moving.

The O.C. takes the top spot for two reasons: First, frequency. “Hallelujah” is heard three separate times in the series’ run. The Jeff Buckley cover is used during The O.C.’s second episode, “The Model Home,” as Marissa (Mischa Barton) leaves Ryan (Ben McKenzie) alone in the titular model home and Luke (Chris Carmack) sees them together, leading to a Ryan-Luke fight. Then, in “The Ties That Bind,” the first season finale, the Buckley cover plays again when Ryan drives away from the Cohen mansion with his possible baby mama, Theresa, as Marissa looks on.

And finally, spoilers:  in the Season Three finale, “The Graduates,” Marissa’s death scene is scored by Imogen Heap’s stripped down cover of “Hallelujah.” The effectiveness of this cover is the second reason The O.C. takes the top spot: as Ryan carries Marissa’s nearly lifeless body from a burning car wreck, this song plays, echoing the aforementioned first goodbye between Ryan and Marissa. While The O.C.’s Season Two finale’s use of Imogen Heap’s “ Hide and Seek” has been etched into pop culture parody history forever via SNL’s “Dear Sister” Digital Short, the series’ use of “Hallelujah” is perfect and heartbreaking and beautiful in every way, and now I’m crying again.

This is barely scratching the surface of every cover and every appearance of “Hallelujah” in pop culture, but I’d make the generalization that because it’s such a fantastic song, there’s really no way to misuse it. What are your favorite “Hallelujah” covers? Where do you hope to see it used in the future? And how hard are you crying at this current moment, if you clicked through every link in this article to listen to this song over and over? Let us know in the comments below!

How FROZEN II Will Explore The Origins of Elsa’s Powers