GM Tips Our series to help Storytellers and Game Masters improve their craft and create memorable roleplaying experiences. Last week, we covered hosting and running tabletop games over the internet, but this time we are going to talk storytelling for pure internet games, often referred to as MUSH (multi-user shared hallucinations) whose offshots now often occur within MMO video games, roleplaying forums, and now on Discord servers.

I spent the turn of this century role-playing a giant steam golem in City of Heroes with a close-knit group of internet friends. We had back stories, themes, adventures, an entire guild (The Paragon University Archaeology Department), and we roleplayed in character as any tabletop Shadowrun session. My story is not unique either; World of Warcraft RP servers are still going strong, Elder Scrolls Online has events, and Discord servers host more online server games than ever before.

So how about storytelling inside of these games? Are you running a Vampire The Masquerade game via forums like the Mind’s Eye Society? On Discord like America By Night: A Vampire Road Trip Chronicle? These next tips are catered for those storytellers who have considered hijacking Neverwinter Nights and using that to run their own RPG games.

Use Two Programs – Not One

The Discord App has dice rollers, voice chat, video, channels, admin rights, and more all baked into the software. If you are hosting RPG events in a video game, Discord might be all you need to plug in tools that are missing. Even though a proper game could be ran entirely out of this robust engine—any game engine benefits from using the classics.

One tip: use character sheets. Character progression is a part of any roleplaying game and is a vital tool that GM’s and Players both buy into. Getting experience creates a subtle incentive for players to show up an engage in the story. Free-form, forum based, RPG doesn’t typically offer a means of conflict resolution either and thus fall short of many traditional player expectations when it comes to a game. If you are using a video game as your platform and don’t need sheets (it’s already baked in), have a separate folder for character backgrounds, art, or even a private storyline log. By adding the paperwork, storytellers fill in the gaps to any engine or tool you are using to run your plots. 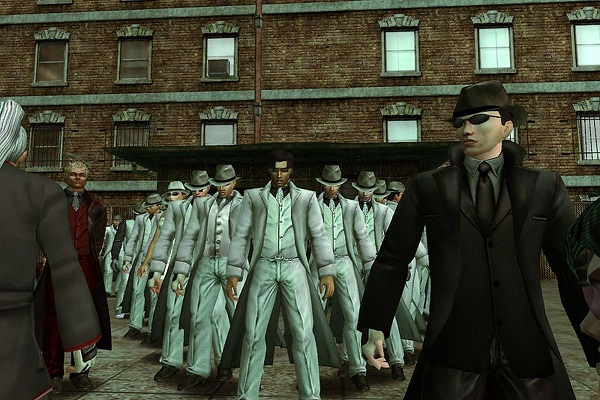 In following multiple World of Darkness games that are run purely online, I’ve noticed a trend that has been allowing players to have multiple characters. We don’t often see people sit down at the table with three separate character sheets and so I questioned this method at first. Yet when you run events in say World of Warcraft, you’ve got certain team requirements baked into the system (nobody needs tanks right?)—so swapping out toons seemed easy to understand there. The logistics for roleplaying in a purely online environment follow the same multi-toon based logic. If a scene has to be ‘time-bubbled’ or paused until all parties involved have finished their turn posting, having additional PC’s allows those players to engage in other scenes elsewhere in the setting.

If you are GMing an online game; consider allowing your players to make multiple characters from different factions, or even sidekicks to their main people. Give secondary toons reduced experience or a passive growth factor and let them dabble with those characters in their own side story. If their main character dies, or other fortunes befall them, they have a backup that’s already been introduced and has the motive to take up the mantle as the main character. This creates a seamless transition that is needed to maintain buy-in for online games.

Just because players can log into the game and play at their leisure with full player agency, does not let you off the hook from running events and storyline. Too often, forum based or video game based games fall to the trap of total free-form RPG. Once this becomes the de-facto normal, it’s a death sentence to any semblance of a compelling game. Craft large plotlines with themes that allow players to come-and-go for weeks on end and litter the days with small instances or one-shot events that progress a storyline.

With any encounter, there needs to be a risk, of loss, hardship, or even character death. You’ll have to get creative and spend some time analyzing what is within your realm of capability as a GM within a video game. Failing a guild mission in World of Warcraft might mean a donation of gold as a guild consequence. A forum-based RPG might actually be able to facilitate permanent character death. I’ve run a storyline out of hardcore mode (only one life ever) in Diablo once, every mission had gravitas to it, and players were attached to their characters the same as any long-running game.

Do you have any experience with pure internet games? Let us know your experiences in the comments below!

Featured Image by: City of Heros MMO by Cryptic Studios and NC Soft