Maintaining the International Space Station requires a lot of hard work from astronauts. Members aboard the ISS, for example, have to constantly monitor weird scientific experiments, clean out the station’s bathrooms, and, of course, do a whole lot of spacewalks. In a new time-lapse video, we get a glimpse of just how hard the intricate—and harrowing—spacewalks are. (We still want to go on one though.)

Space Station commander Aki Hoshide of JAXA (the Japan Aerospace Exploration Agency) captured the time-lapse, which comes via Laughing Squid. The video features two astronauts, the European Space Agency’s Thomas Pesquet, as well as NASA’s Shane Kimbrough. Both of whom have journeyed to the Space Station multiple times.

In the video, Pesquet and Kimbrough perform the steps necessary to install a new solar array; one responsible for providing power to the ISS. The ESA notes that the astronauts had to pull these “Roll-Out Solar Arrays” from their storage container outside the Space Station, and subsequently pass them from one spacewalker to another until everything arrived at the worksite.

Space is hard. Yesterday on our spacewalk, we encountered several issues that the entire team worked through incredibly well. @Thom_astro took these photos and led us beautifully through a very challenging day. pic.twitter.com/GMKBjHx2cT

As for the actual installation process, it seems things went smoothly. For the most part, anyway. There was “a small technical problem in Shane’s spacesuit [that] required him to return to the airlock and restart his Display and Control Module” during the spacewalk, the ESA notes in the video’s description. Which sounds like a minor problem here on Earth. But a significantly larger one in space.

Despite the hiccup, the mission obviously turned out well. Although for timing purposes, the duo of astronauts did have to split the work across two separate spacewalks. Pesquet also wrote on Twitter that the astronauts will need to install four more arrays before the power system is fully operational. Something tells us, however, that the astronaut duo won’t mind another thrilling spacewalk workday the vacuum of space. 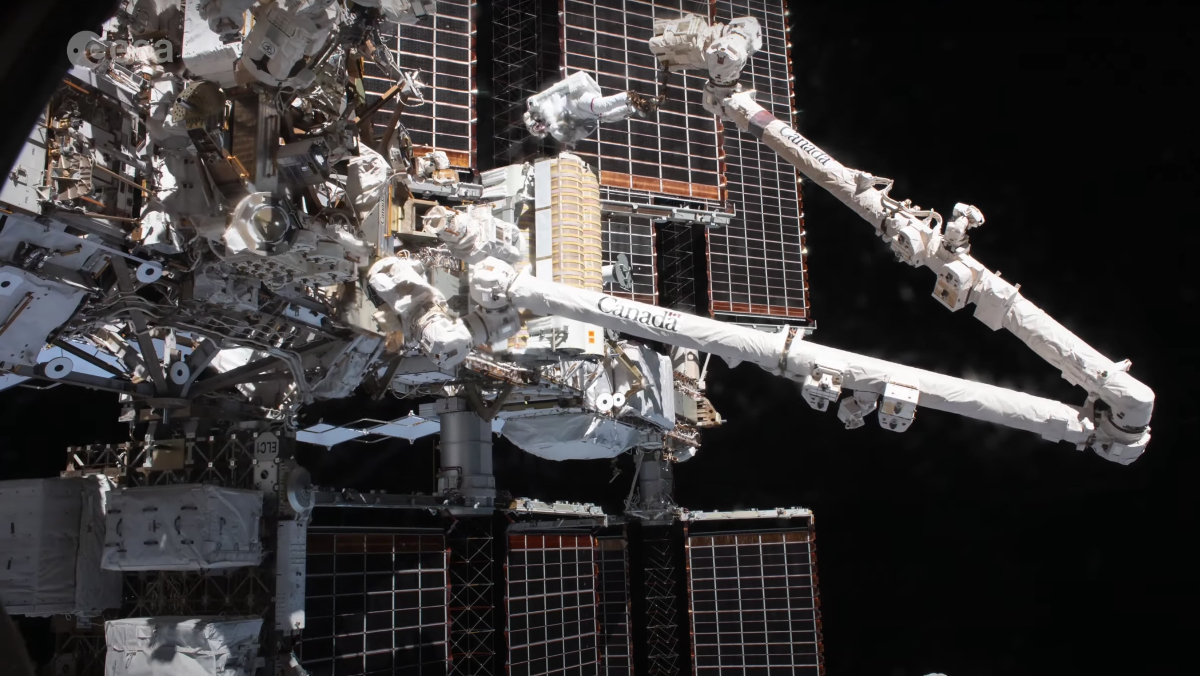