'Home of the Future' from 1989 Perfectly Nails Today's Tech - Nerdist

‘Home of the Future’ from 1989 Perfectly Nails Today’s Tech

While precisely predicting the future is extremely difficult—at least if you’re not an AI program—sometimes people simply nail it. One of those times happened in 1989, during an episode of the TV series, This Old House, in which a “futuristic smart home” was featured. Now, TOH has uploaded a clip from the episode, and the trends the smart home predicts are dead-on accurate. To a shocking degree.

TOH uploaded the clip of the episode to YouTube as a part of its “TOH Clips” series that allows people to relive the show’s earlier days. Incidentally, for those unfamiliar, TOH, which is still on the air, is a PBS show (and magazine). The series began airing in 1979, and over 1,000 episodes have aired since.

In the clip, host Steve Thomas visits a futuristic home in Massachusetts, which contains multiple technologies that wouldn’t come online for decades. And in the case of the voice assistant, until just a few years ago, really. 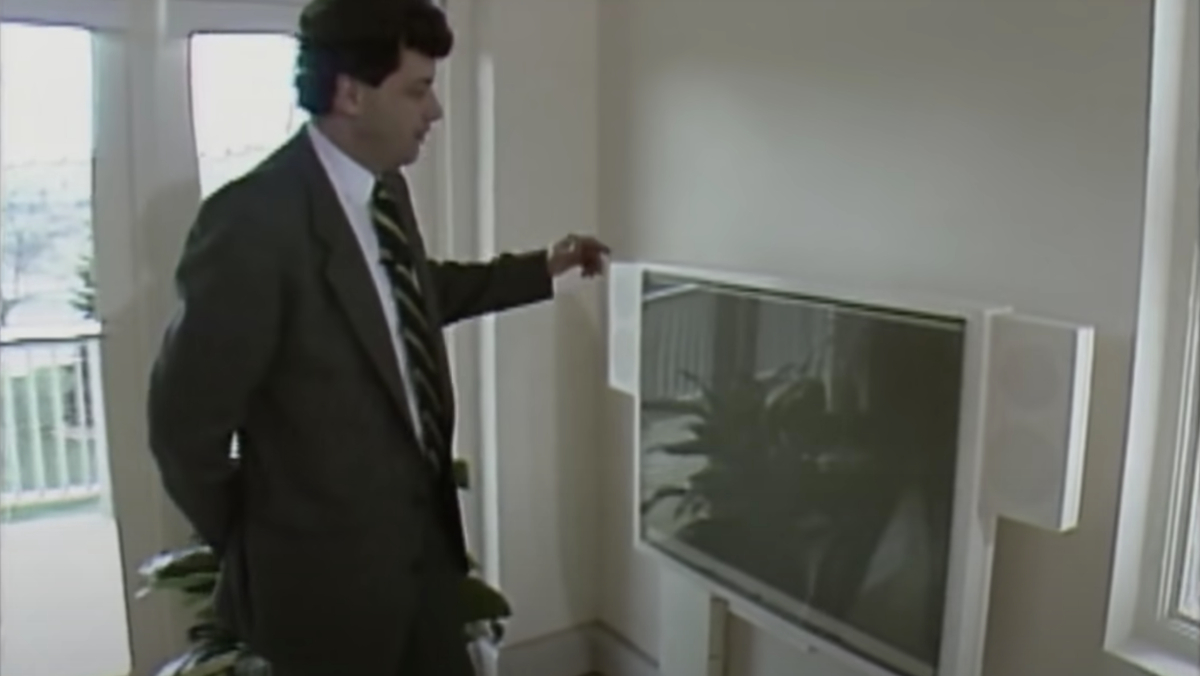 Thomas first showcases the home’s flat screen TV, which, while thicc, wouldn’t be out of place in a contemporary home; certainly without the speakers flanking it, anyway. On top of that, Thomas notes the TV’s cords are hidden away—something many of us still struggle with today. (Where’s the genius technical solution for that?!)

When Thomas introduces “technical specialist,” Dennis Arseneau, is when things get real spooky, however. Arseneau demonstrates with voice commands the smart home’s ability to dim its lights, play music, and even close its shades. The smart home’s delicate, feminine voice also sounds like that of Amazon’s Alexa. Albeit a bit more robotic.

A bit of cursory sleuthing didn’t turn up any other futuristic-home tours from the ’80s, but there is Microsoft’s take on the smart home from a decade later (above). And while it’s equally accurate at predicting the rise of the so-called “internet of things,” both homes are missing something big. Namely, smartphones. That is, unless, these videos are also accurately predicting the rise of in-brain communication devices.