Warning: Some spoilers for The Walking Dead season nine finale, “The Storm,” will be referenced below.

Season nine of The Walking Dead began with some solid George Romero-style social satire, putting the zombie apocalypse to its highest and best purpose, and concluded with an episode full of what seemed to be subtle Stephen King allusions. For instance: that outstanding frozen Jack Torrance zombie Lydia nearly infected herself with. When it embraced its horror roots, the show was at its best. When it felt obliged to shoehorn in things for other reasons, like letting Maggie disappear with still no proper explanation so Lauren Cohan can possibly come back, or giving Alpha of the Whisperers a padded-out backstory just to fill an episode, it fell flat. Ratings hit some all-time lows, as Rick Grimes (temporarily?) departed the show and endless spin-offs were announced as possible ideas.

So here’s what we’d like to see next season. 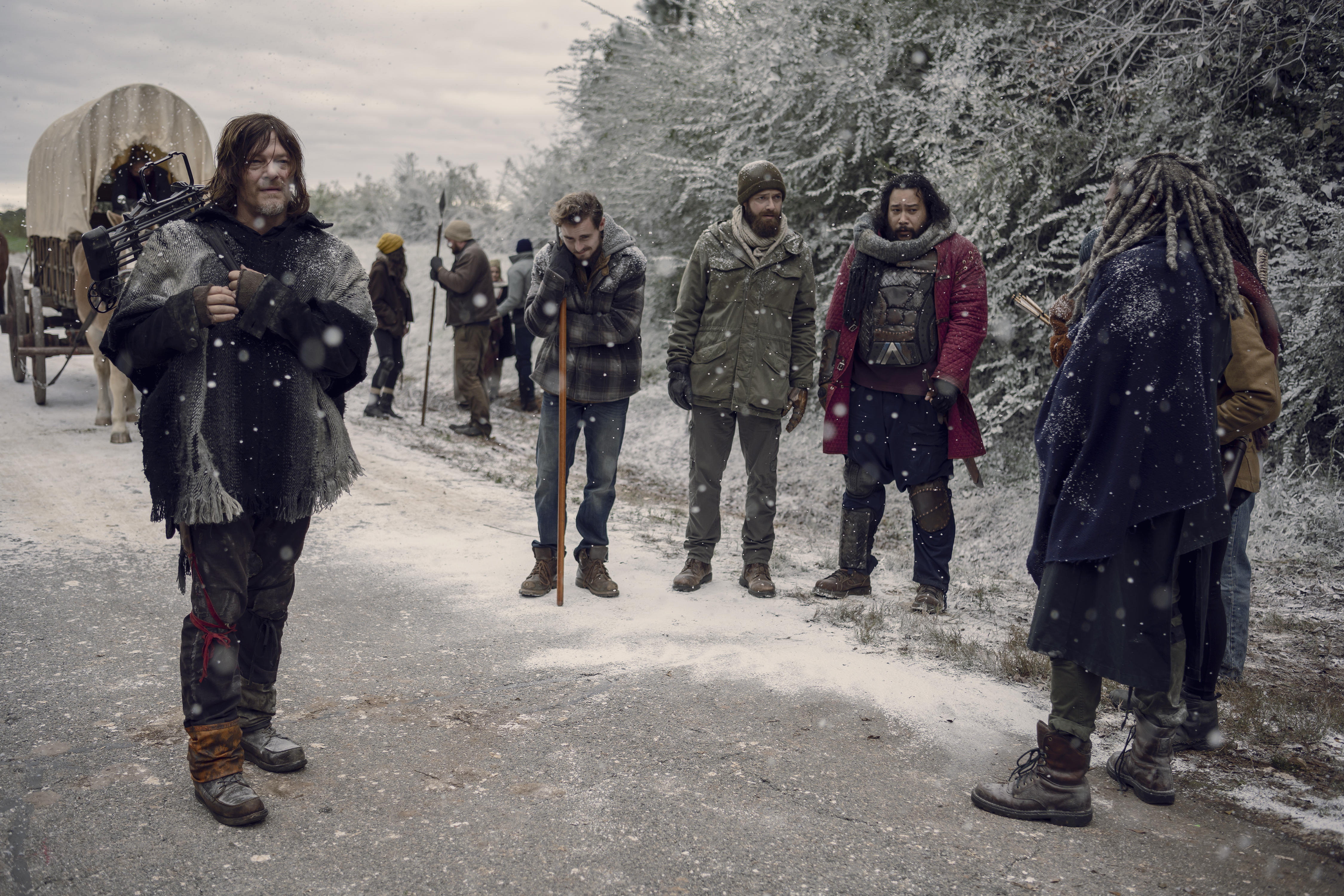 It’s not that I want The Walking Dead to end, but I do want it to have a good ending, at least in this form. The concept is so open it can always be returned to later, but every time the showrunners start talking about spinoffs, it makes them seem less serious about the core show, and ratings go down. Fear the Walking Dead, which was supposed to be a different beast, became the Morgan Jones sequel series because viewers didn’t care enough about the new characters. As interesting as Rick and Jadis’ Excellent Adventures: The TV Movie Trilogy might be, it will be more compelling if by the time it airs, there hasn’t been any Walking Dead TV on for a while. Figure out what the end point of the current story is, and work towards it. The show has been feeling a bit like Lost of late, and it could learn a lesson from it: audiences want to feel like you know where you’re going, even if we don’t, yet. 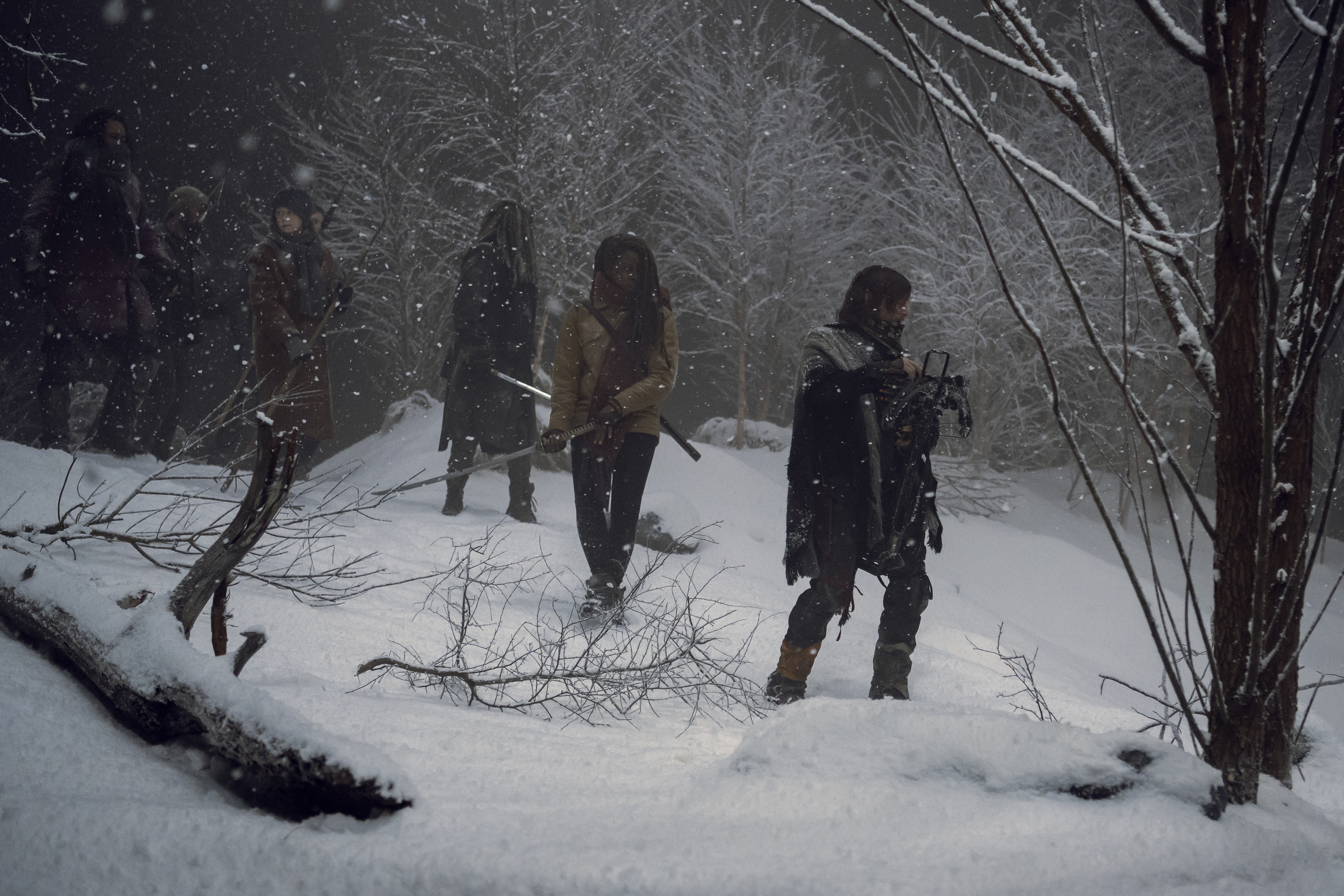 Due credit to everyone involved in keeping the secret that Rick Grimes wasn’t going to actually die when we all assumed he had to. But not giving him a proper ending at all, just so some movies could be proposed, was infuriating. And as a working professional in a tough industry, I understand Lauren Cohan wanting to hedge her bets just in case the new show she’s starring in doesn’t make it, but it’s not good for the character of Maggie to just have her be gone one week and nobody ever talk about what happened. Maggie: The Series is way less interesting an idea than, for example, Maggie somehow having to coexist alongside a redeemed Negan.

So now it’s time for Danai Gurira to leave, and while she doesn’t have to die, Michonne deserves better than being whisked away suddenly to potential spin-off world. She’d never abandon her kids, but she’s going to have to be forced to, somehow. Speaking of which…

If Judith Dies, We Riot 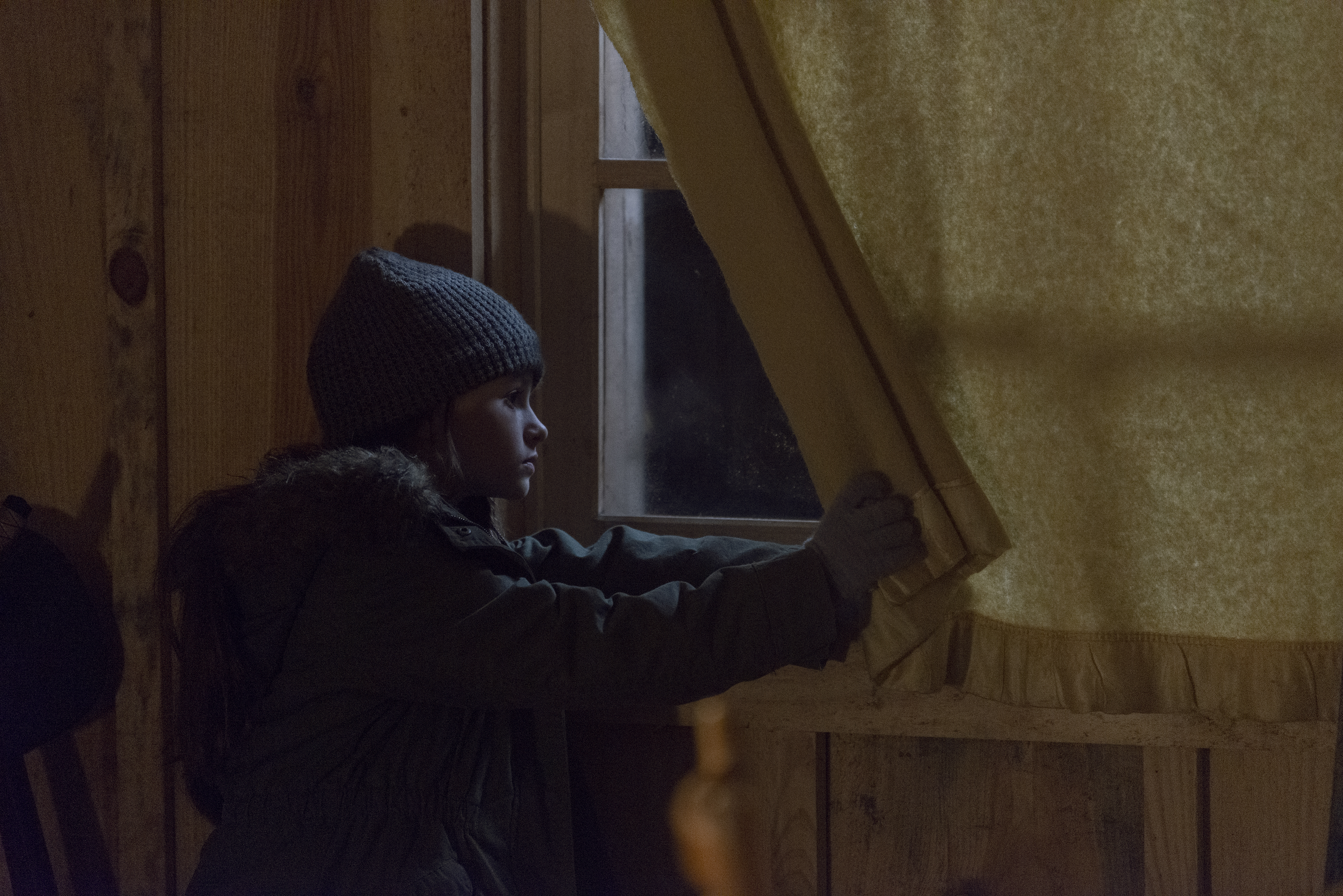 Norman Reedus has re-upped his contract and isn’t going anywhere, so the fan protection armor needs to go to the next generation. It would be all too easy to get rid of Michonne by having Judith die, and as we saw this season, this is a show that has no qualms about killing kids. But the adorable gun-toting li’l samurai in the hat was the best breakout character in a season that attempted to create many, and she’s also the best hope for a sequel series down the line when she grows up.

Besides, she also makes Negan much more interesting. 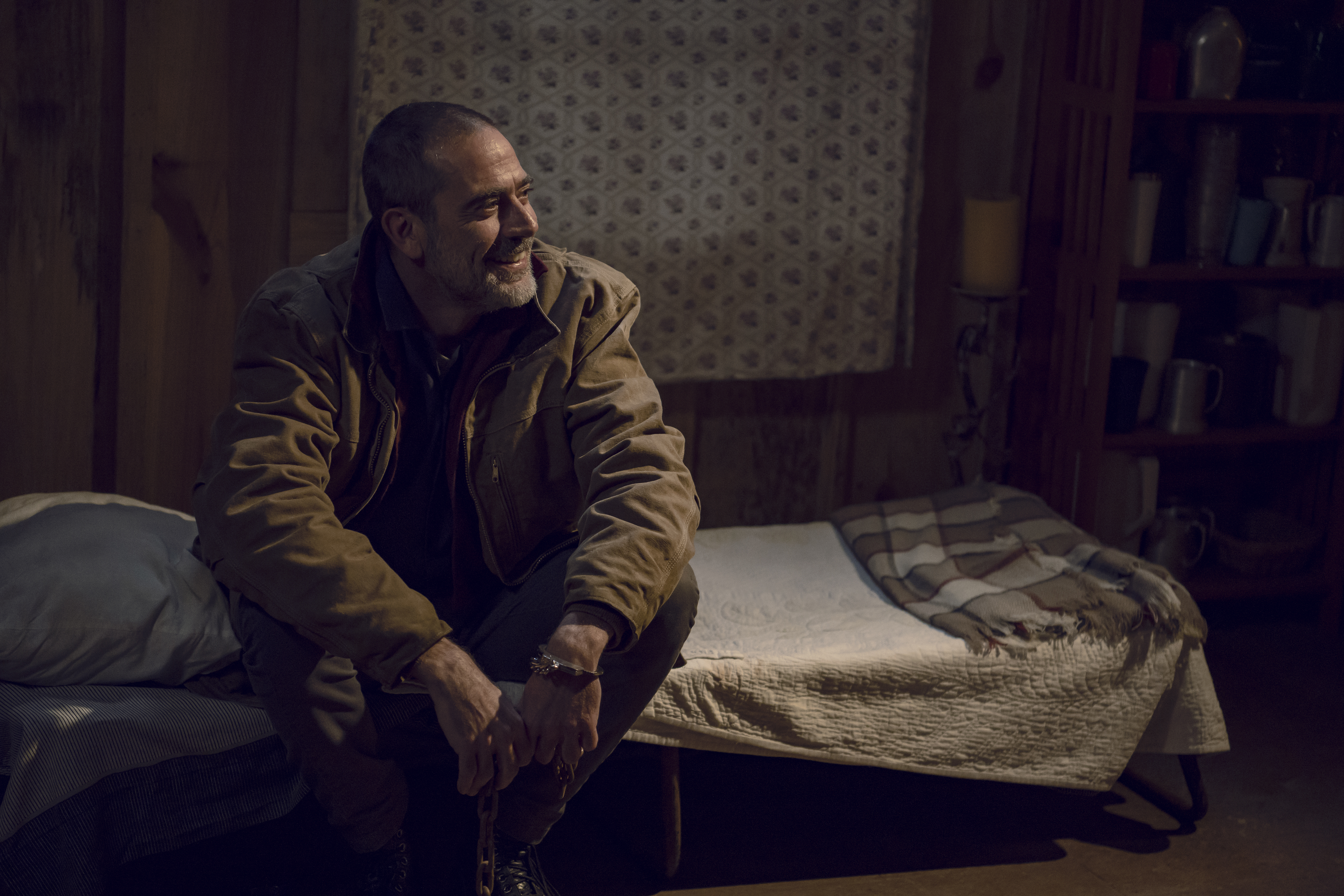 Negan’s heroic, bleeding-leg, snowbound rescue of Judith this week solidified his turn to good, and emphasized the point that characters who change sides and loyalties are a fun way to shake up the storyline. We also saw Michonne and Daryl flirt with their dark sides this season, and Lydia leave her awful mom. Meanwhile, we learned that the scariest thing about the Whisperers isn’t that they wear frightening masks, but that they can take them off and blend in. Sleeper cells are the most frightening kinds of terrorists.

With all that in mind, let’s learn that some characters we thought we knew have been Whisperers the whole time. How else could they have infiltrated the fair so easily? Gabriel, for one, would be an interesting choice, so long as it doesn’t mean Rosita ends up with Eugene. (Eugene’s love interest, should one ever emerge, needs to be more quirky than conventional.) 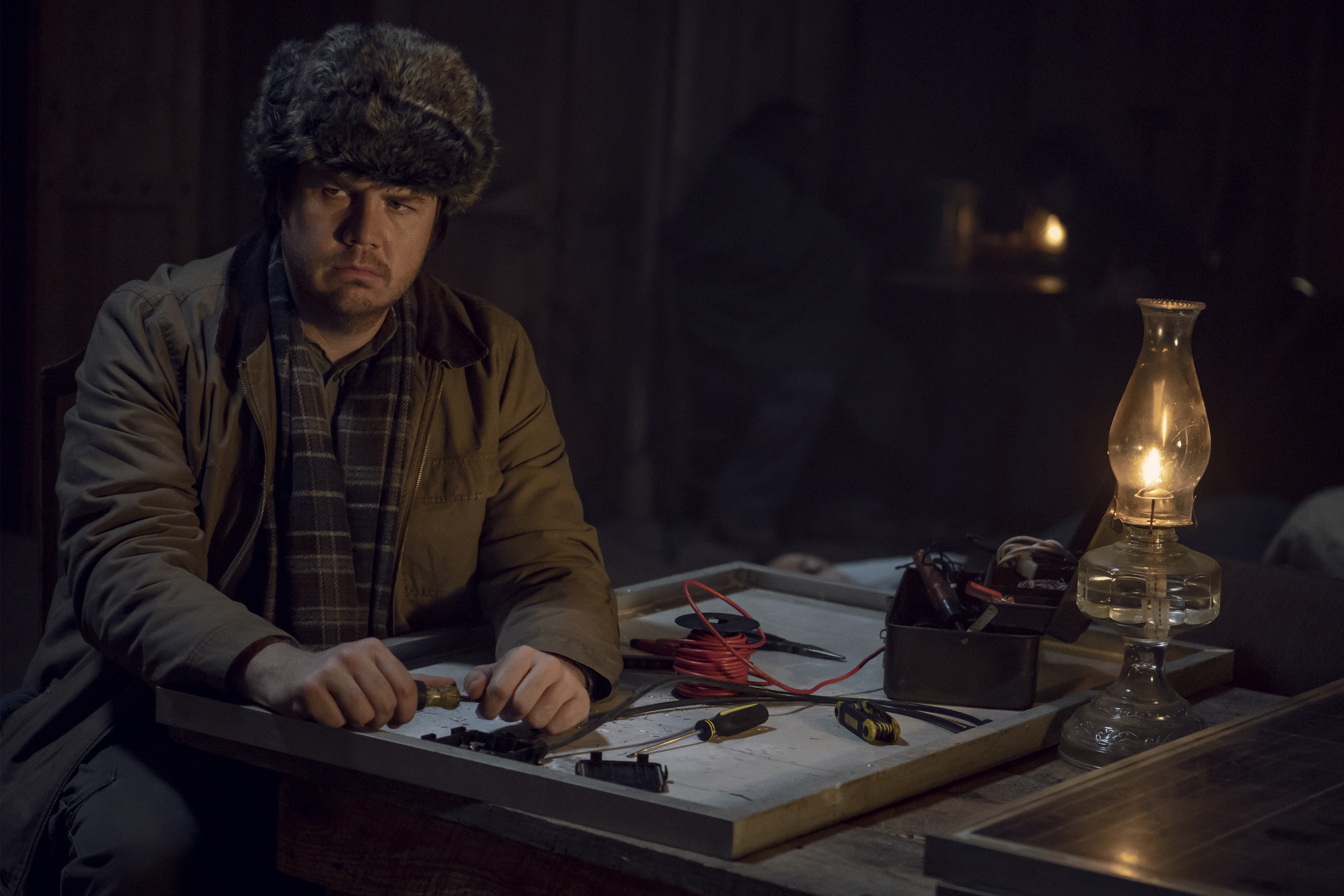 This season was best when it diverged from the comics. The Whisperers mostly were predictable, while Henry’s shocking death was a real swerve, and single-episode villain Jocelyn was terrifying. Daryl may be mildly less interesting as a lead than a supporting character, but he’s still the embodiment of how great the show can be in going off-script from the source.

Let’s see more of that. The Negan-Alpha battle in the comics is great, but for it to work on the show, we have to believe that Negan will go rogue again, after an entire season was just devoted to him leaving wickedness behind. So take it another way. What if it’s Carol who romances and then turns on Alpha? Ezekiel? Hell, maybe a serious dark horse like Eugene?

At least try to surprise us. Nobody saw the Jocelyn episode coming, and that one ruled. 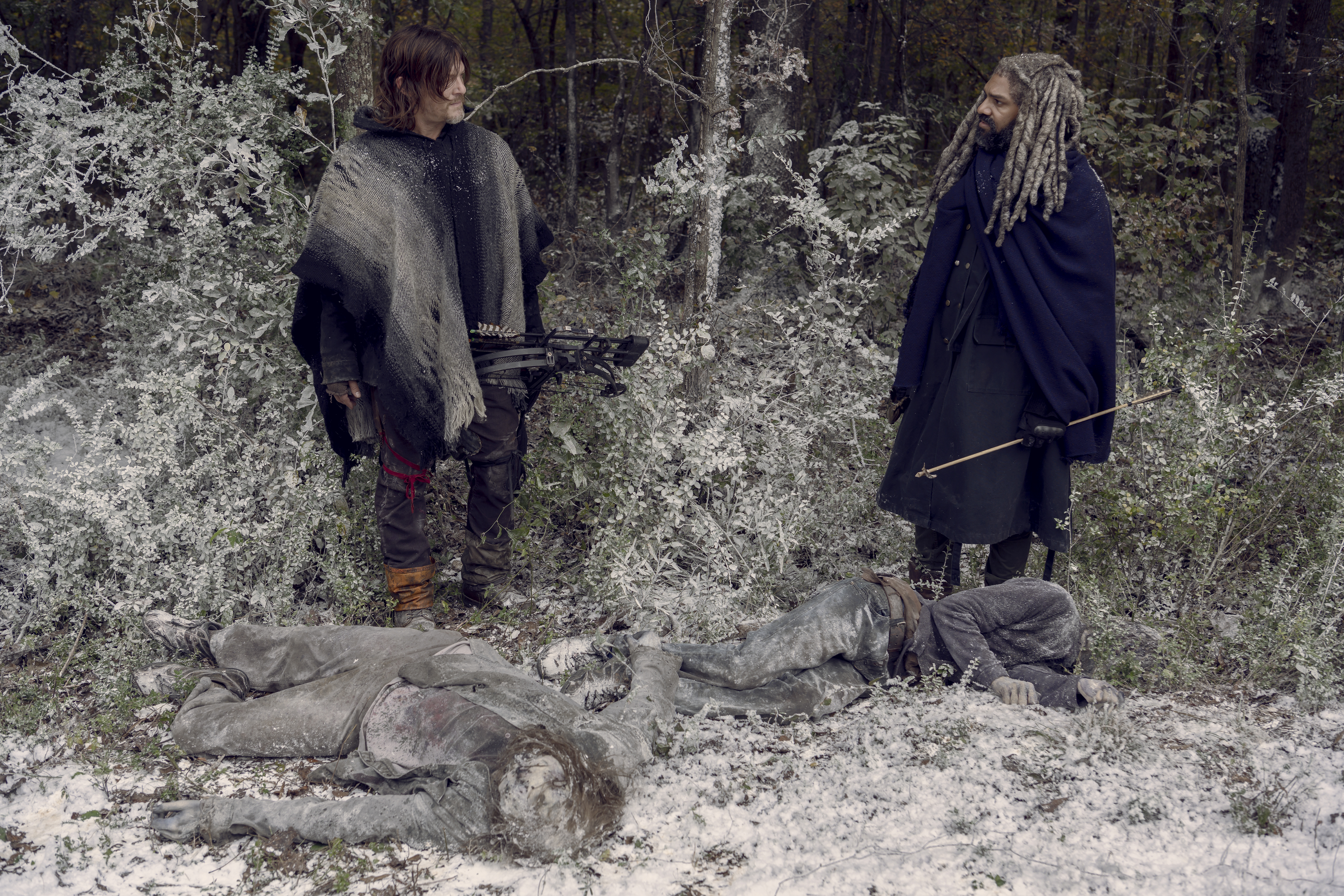 Can the characters please actually talk to each other and share knowledge? Michonne this week talking about Maggie and Jesus like they’re still there and she doesn’t yet know what happened should not be a thing. Letting us know more than the characters do can be an effective way to generate suspense, but not if it just makes them seem like they’ve simply neglected to discuss some basic stuff.

Luke Y. Thompson has been this season’s recapper of The Walking Dead for Nerdist. Look for him to star in five spin-off movies at a very unspecified time in the far future, and in the meantime, feel free to follow him on the socials.