When The Walking Dead began, it was as a 28 Days Later-style tale of isolation and discovery, with some Resident Evil survival horror aesthetics. Later in the story, as with the Governor arc, it veered into Frankenstein-esqueÂ “man is arrogant to control nature” themes. Then the initial run-ins with the saviors were a critique of pre-emptive war and PTSD. But lately, fans have felt fatigue as the show spins its wheels: Negan didn’t have many places to go as a character, and it took so long for him to finally get his comeuppance that many of us were bored by the time he did.”A New Beginning,” at least for one episode, finally accomplished what these kinds of zombies were originally intended for: social satire. Most fans of the modern living dead will point to the original Dawn of the Dead as the best zombie movie, with its walking corpses aimlessly roaming a giant shopping mall. When the action in season nine kicked off with Rick and the gang taking out walkers in Washington DC, it looked like The Walking Dead might be headed that way at last. 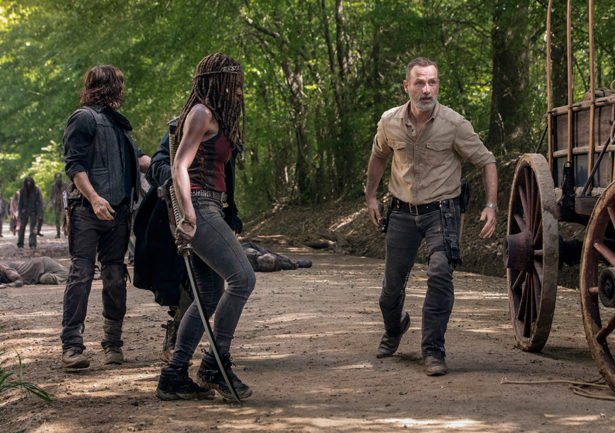 And it was! As they plundered a museum for seeds and farming tools from the past to help their society move forward, so too was the show recalibrating with narrative tools. A lower-compartment of zombies in an exhibit labeled “Manifest Destiny” seemed to reference both the irreparable harm the United States’ coast-to-coast expansion, and the forced journey of the show’s heroes, by extension.Later, the literal glass ceiling of that exhibit hearkened back to revolutionary metaphors, as the dead broke through it to nearly kill a king, namely Ezekiel (staunch libertarian/isolationist Carol turning down the king’s marriage proposal with some awesome side-eye furthered this theme, like George Washington rejecting lifetime leadership for being too monarch-like). Elsewhere, a walker standing at the front of an evolution of man diagram made a great sight gag, one the show unfortunately didn’t quite trust us to get without characters explicitly commenting on it. On a slighter note, the fact that these characters are so jaded by the walking dead that it took one filled with harmless spiders to really get a scream was a gag to make George Romero proud. And you had to love Michonne’s skeptical gaze toward a poster that referenced the Civil War. 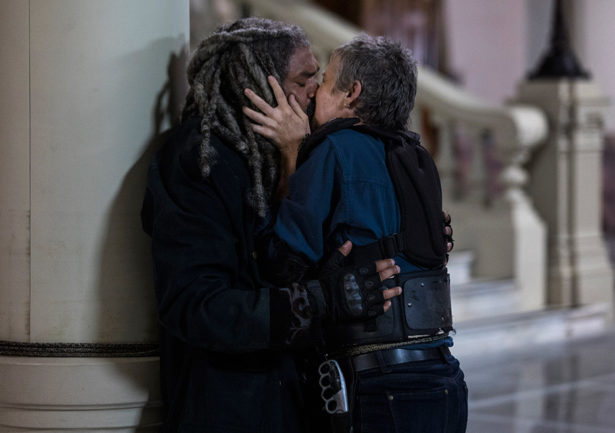 I did wonder why it was so incredibly important for them to have that wagon, when the risk of it breaking the glass was clear and we also still have working cars in this world after all. It was symbolically useful though, not just in the museum, but later, as it got stuck in the mud and the characters had to decide how best to use resources to save people, supplies, or horses—live-action Oregon Trail.Â One in which the death of this episode’s dedicated red-shirt Ken kicked off the drama that will likely be the through-line of the remaining season.Because back at Hilltop, we’re getting real-world political issues in a microcosm. Now that Hilltop, Alexandria, Sanctuary, and Oceanside are at peace, resources are being shared, and that doesn’t sit well with those who have the most. Why should communities that used to be enemies get to share in the fruits of the “good guys'” labor? It’s a debate every society has, but the stakes are higher in a world where everybody has learned how to kill to survive. 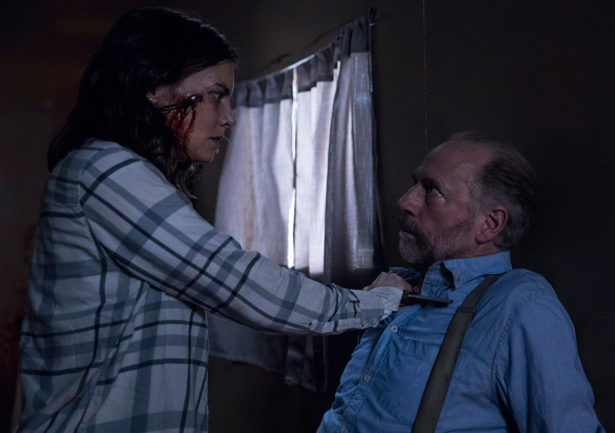 Enter a politician, to mess everything up in order to advance himself, as so many do. Anxious to steal power back from the now democratically elected Maggie, Gregory tried to ply the dry-drunk parents of Ken with liquor in order to persuade them to overthrow Maggie on his behalf. Here, the show wisely realized that these conflicts need to play out more quickly, so no endless Rick-Negan dancing here: Maggie kicked his ass and promptly had him hanged.We can probably thank new showrunner (and longtime show writer) Angela Kang for the productive shift in tone; she did previously come from the Donal Logue detective comedy show Terriers. And we can hope it stays — George Romero’s zombies always illuminated societal issues, sometimes hilariously (at the mall), sometimes ham-fistedly (zombies as immigrants in Land of the Dead), and sometimes devastatingly (Ben’s death at the end of Night of the Living Dead). There’s a lot in our politically divided nation that can be satirically mirrored, and the Rick-Daryl-Maggie drama this week showed that we can still get the character interplay and graphic deaths The Walking Dead is known for while borrowing heavily from the Romero bag of humor and metaphor. If Kang keeps this balance up, the show we’ve loved may have a chance to redeem itself.

TAGGED: 28 days later, Dawn of the Dead, The Walking Dead