THE WALKING DEAD Might Be Making Daryl a Villain

Warning: SPOILERS below for The Walking Dead episode “Omega.”

Most every Walking Dead viewer loves Daryl Dixon, the bow-huntin’ good ol’ boy from Georgia played by Norman Reedus, and created entirely for the TV show. You can buy shirts that read “If Daryl dies, we riot.” Reedus’ own viral videos of pranks–plus an unofficial spin-off reality show–keep him in people’s hearts and minds. This week, however, has us a little worried. What happens if Daryl doesn’t die, but becomes a bad guy? 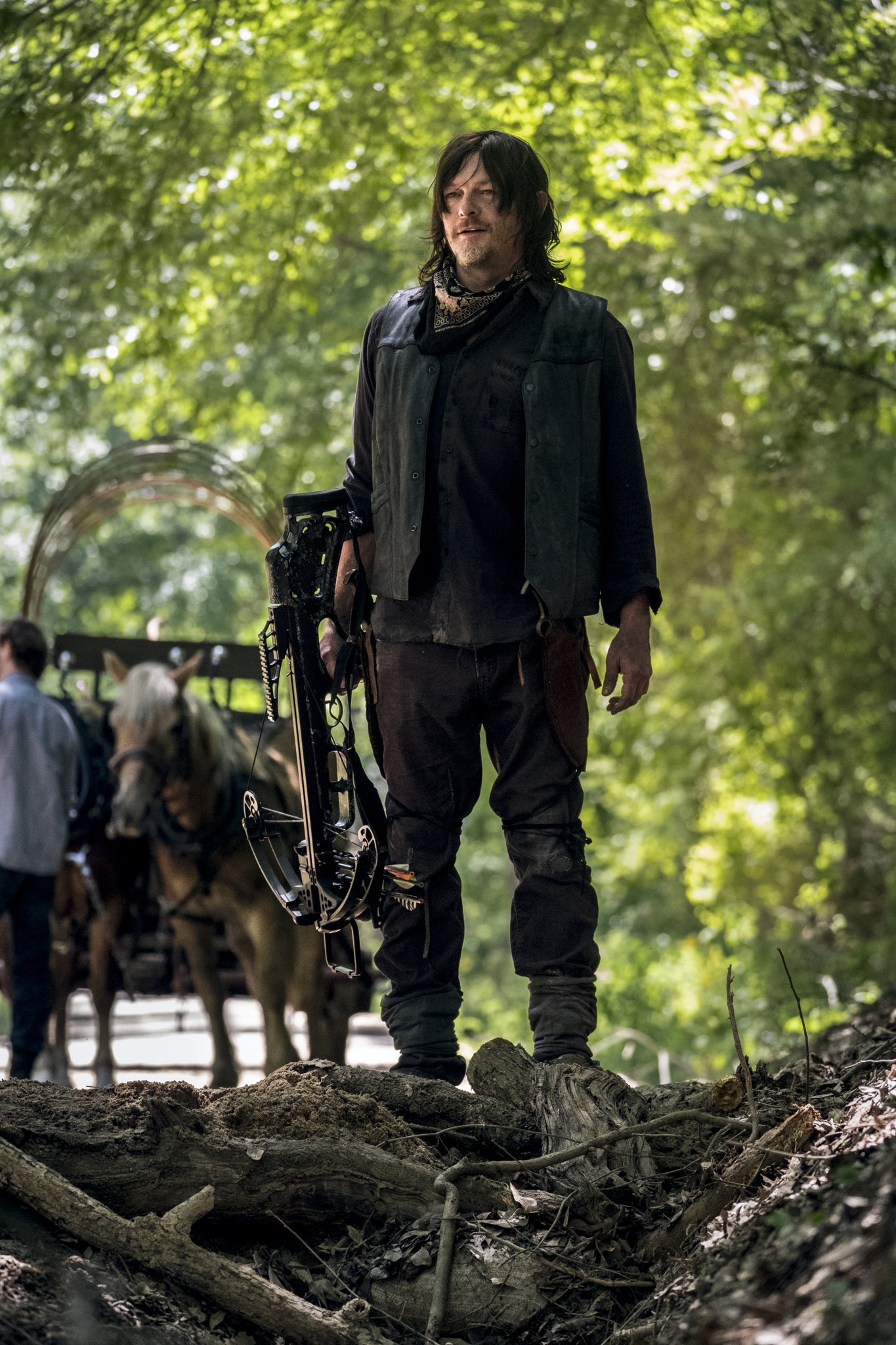 It’s easy to forget, but when we first met Daryl Dixon, he was at best a reluctant good guy and a white supremacist like his big brother Merle. Daryl has replaced the old bike he used to have for many reasons, but one, for narrative purposes, is that it used to have actual fascist symbols on it and that doesn’t play for a main hero. True, Daryl didn’t come to that ideology organically; he had it forced on him by Merle–but he never fully rebuked his big bro either.

Daryl spent much of this week’s episode being a hardass jailer to captive Whisperer Lydia, rebuking Henry’s more friendly approach. In ladling out water portions and medicine in small amounts, he clearly hoped to break her down and find out some information. What he found, however, was more common ground than he imagined: a shared history of being abused. But we spent the entire episode with Lydia telling an origin story for her mother that turned out not to be accurate; is the daughter, like her mom, an unreliable narrator? Did she sense Daryl was also a victim of childhood abuse, and use it to throw him off guard?

Does a lone wolf need a pack? 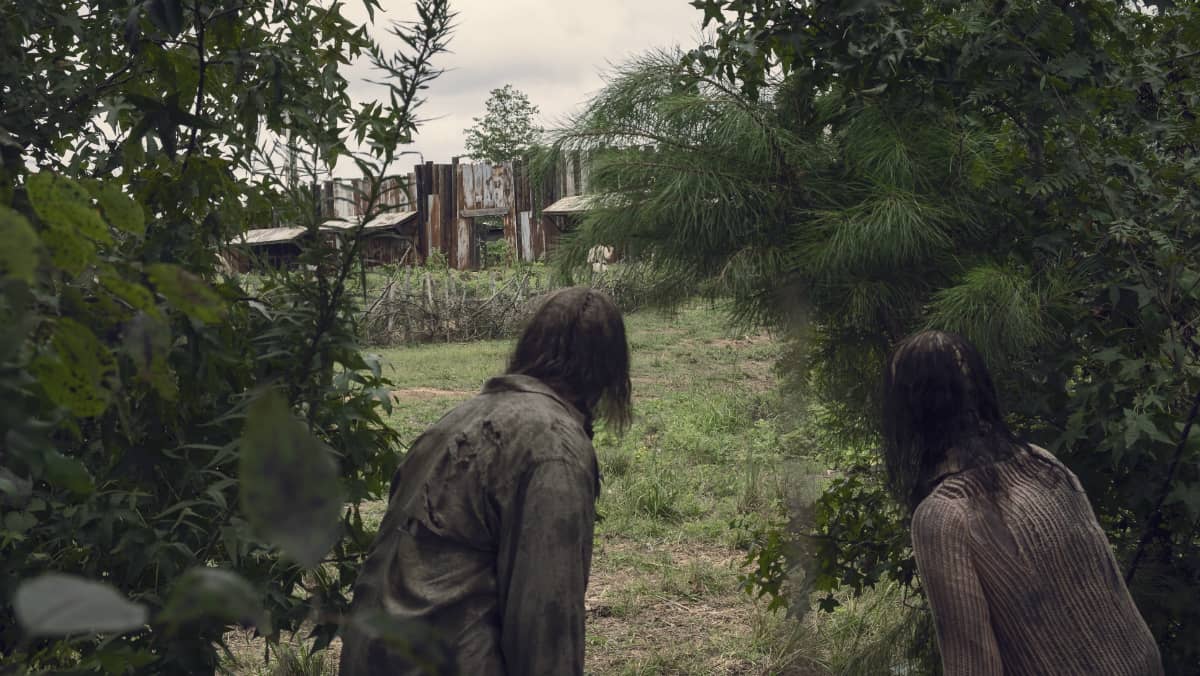 Daryl and Merle survived pre-apocalypse as drifters, hunting for food and foraging for shelter, which made them better adapted to the current situation than most. The Whisperers function similarly in the zombie world, living as nomads who travel in packs among the dead, rejecting any attempt to bring back societal order as inherently flawed and against what nature has decided. Daryl defensively told Lydia that the old world is coming back, and that the efforts of him and his friends are restoring civilization as it used to be. But she quite rightly called him out: when was the old world something he was ever properly a part of?

Even more recently, Daryl has been living alone in the woods with a dog. He could have been a community leader, but chose not to be. Meanwhile, the Whisperers actually do, apparently, live like wild dogs. From what we know so far of the TV iteration, Daryl lives more like them than like Michonne and Judith. And by the end of the episode, it’s clear that he relates to Lydia better than he has anyone else in quite a while. 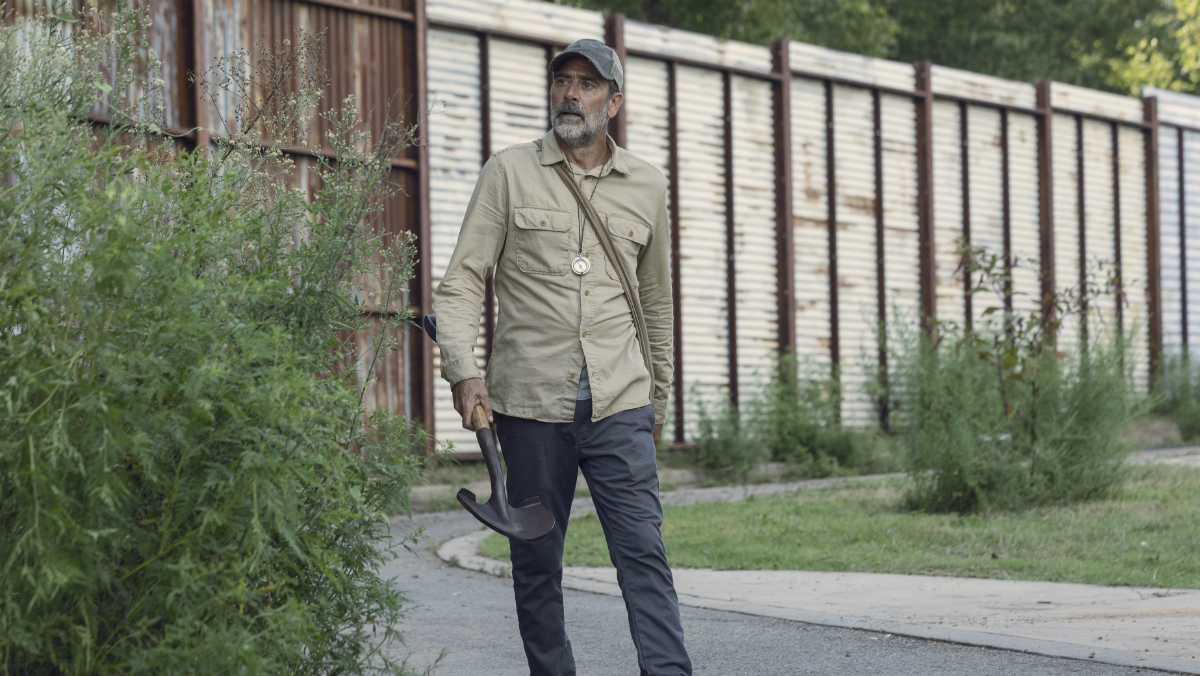 It’s difficult to predict how the Whisperers storyline will follow the comic with Rick no longer around, Michonne on the way out, and of course Daryl having never appeared in the comics. But we can make some educated guesses. As we’ve been predicting for quite a while, TV Negan is transitioning into a full-blown good guy, and quite possibly the next Rick Grimes-style main character. Carl, who is dead on the show but pivotal in the comics, seems to have his arc split between little sister Judith and the equally awkward adolescent Henry. Who, then, will fill the Negan role as what wrestling fans call a tweener–the character whose allegiance isn’t entirely clear, if they have one at all?

This week seeded the ground for it to be Daryl. Given Daryl’s affinity with Lydia, and her accurate assessment that perhaps the Whisperer lifestyle is more suited to his personality than a walled community, it’s not hard to see Daryl possibly flirting with Alpha later on. Perhaps he is better as part of a wolfpack, or perhaps, like Negan in the comics, he could make one hell of a double-agent. 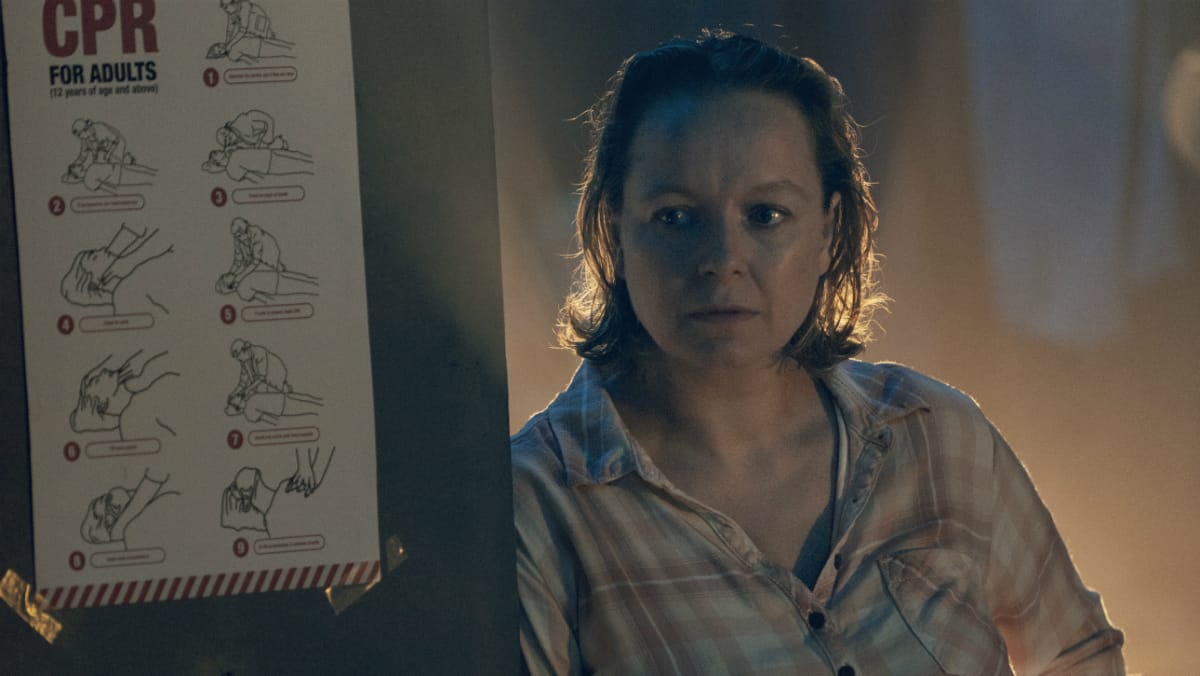 Alpha in the comics was always depicted, when out of “deadface,” as clean-shaven bald with shiny white skin, and her dialogue was written as intellectual and un-accented. When she showed up on TV this week out of makeup and in the current timeline (as opposed to the unreliable “flashback,” above), it was a little different. The untidy “hairdo” (stubble-do, in her case), the dirty face, the Southern accent…if you wanted to calculate Daryl’s “type” mathematically, you couldn’t do much better. Granted, we don’t actually know his sexual orientation, and Reedus has pointedly kept it a mystery, but we do know from his time with Carol, that he enjoys hanging out with short-haired, ruthless survivalist ladies.

And Carol has long hair now, which we learned this week is because she feels secure enough that nobody abusive is going to try to pull it. Alpha, in perhaps some very bad ways, is a bit of a throwback to what Carol used to be. There’s a very good chance Daryl will vibe with that.