THE TRAGEDY OF MACBETH Is a Brilliant, Haunting Tour de Force - Nerdist

THE TRAGEDY OF MACBETH Is a Brilliant, Haunting Tour de Force

William Shakespeare’s Macbeth is a haunting story of ambition, betrayal, and consequence. It’s ominous enough on the page, but in Joel Coen’s solo venture, the Scottish Play is downright sinister. The Tragedy of Macbeth, which held its global premiere at the New York Film Festival, is a magnificent, well-paced journey through an aging couple’s last-ditch grab for power, and the deadly, manic quest to hold onto it.

Macbeth and Lady Macbeth, in all their scheming and villainy, are one of Shakespeare’s most successful couples—for better or worse, certainly. As portrayed by two of America’s most lauded actors of stage and screen, it should come as no surprise that the pair masterfully bring that devoted partnership to The Tragedy. (This is how the production team now refers to the film, eschewing its infamous nickname.) Denzel Washington is a striking Lord Macbeth, bringing every bit of his theatrical gravitas to the role. A sly, ruthless Lady Macbeth, Frances McDormand spectacularly complements Washington’s performance. Both at the top of their game, it’s stunning to watch them scheme together on-screen and each slowly descend into madness. 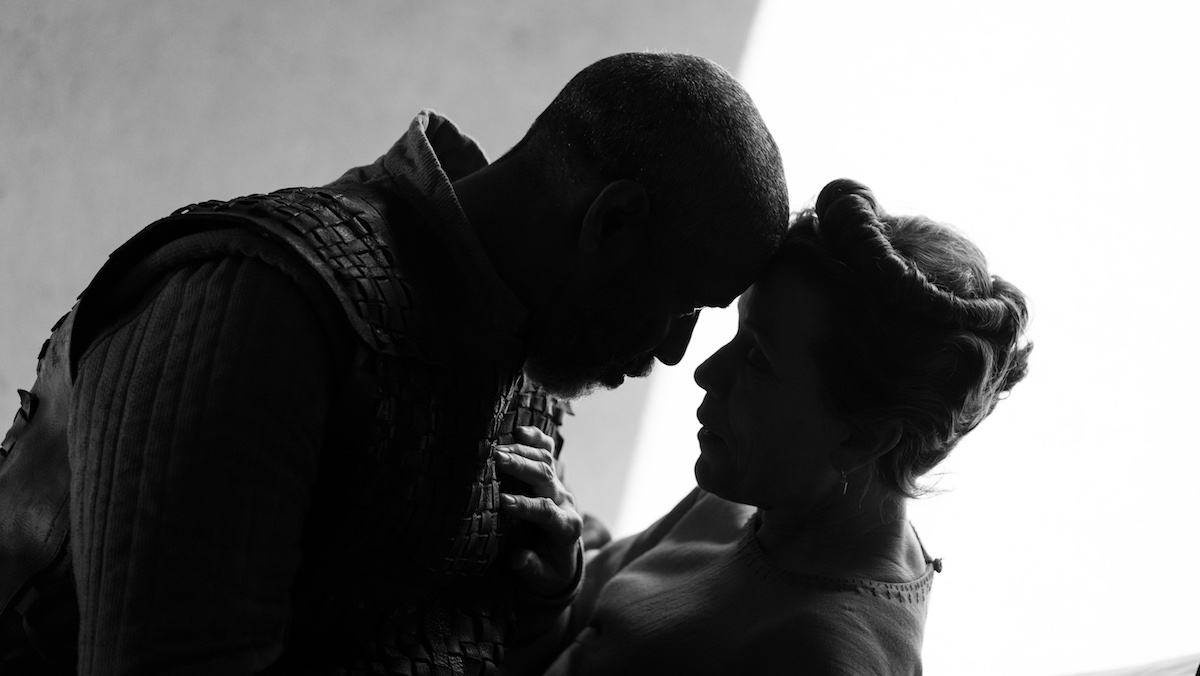 Coen, who wrote and directed the film, remains largely faithful to Shakespeare’s words, while still creating a distinct version of the story. The minimalist black-and-white film leans into the psychological horror aspect of the story, using a sparse set and a dense fog that only further brings a sense of foreboding into the atmosphere. The fog, of course, draws to mind Throne of Blood, Akira Kurosawa’s own famed take on Macbeth.

Lord and Lady Macbeth’s castle, where much of the story takes place, is largely devoid of furniture. Filling the castle, instead, are vast shadows and echoing footsteps. Suffice to say, the film is gripped with tension—and I haven’t even gotten to the three witches yet. It’s a true feat from set designer Stefan Dechant, whose sets convey the play’s vaguely medieval setting while focusing more squarely on creating the dark mood. Even longtime Coen collaborator Carter Burwell’s score is also relatively minimal, only adding to the sense of dread.

While anchored by its writer-director and powerhouse leads, The Tragedy boasts a talented supporting cast, many of whom are also veterans of the stage. And for that, we must salute casting director Ellen Chenoweth. Corey Hawkins brings a level of depth to Macduff that, in a brief scene, captures why specifically he must be the person to kill Macbeth. He’s not just the noble warrior loyal to Scotland and Malcolm (Harry Melling), he’s also out for revenge. There’s also Bertie Carvel as a very grounded Banquo, Macbeth’s companion who tragically sees the writing on the wall—for himself and his kin—upon King Duncan’s (the always steady Brendan Gleeson) murder.

Alex Hassell has a memorable, almost mischievous turn as Ross, the messenger whose loyalties shift throughout the film. But, of course, Kathryn Hunter gives a commanding, spine-chilling performance as three witches (and the old man). She brings her famed physicality to the role, fully embodying the witches’ otherworldly, terrifying presence. 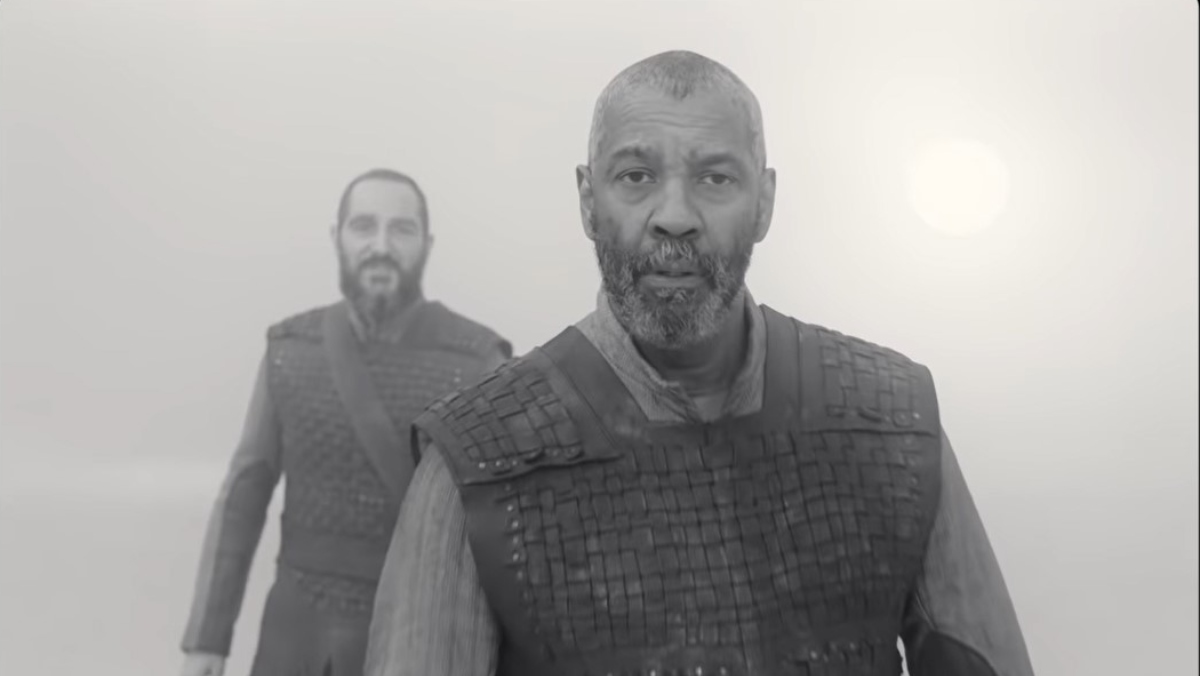 There is an impossibly deep catalogue of Shakespeare adaptations. For every masterpiece lies a dozen attempts, bogged down by the difficult soliloquies or over-wrought set pieces. Worse yet, an exhausting run-time. What makes The Tragedy of Macbeth so watchable is that the words, the captivating drama of it all, are front and center. The production as a whole feels like a well-done marriage of stage and screen. The film never loses its cinematic qualities—thanks to  another Coen collaborator, cinematographer Bruno Delbonnel—while still feeling, at times, like watching a filmed stage production. The pared-down visuals are striking and haunting, but they heighten the masterful delivery, never overshadowing it.

It’s exciting to be delighted by a Shakespeare adaptation, and not feel weary by the experience. But I was enthralled, and occasionally even spooked, by The Tragedy in its ability to bring a very known story into new territory.