Perhaps you’ve been to Shakespeare in the Park before, but hast thou ever heard the fine and gentle words from those festivals uttered by… Sir Patrick Stewart?! Whilst in the midst of a worldwide quarantine?! Nay? Then thou will love hearing the Star Trek captain and king of memes read a frock-load of Shakespearean sonnets!

Endless apologies for rhapsodizing in faux Shakespeare speak, but you’ll want to as well once you’ve heard Stewart’s golden baritone belt out one of the Shakespearean sonnets he’s been reading on social media for the past couple of days. Laughing Squid picked up on the post series, which began with a reading of Shakespeare’s Sonnet 116 on March 22 on Twitter and Instagram.

And if your heart isn’t as warm as a nuclear reactor just from watching Stewart read some sonnets, his reason for doing so is guaranteed to cause a cardiovascular meltdown. According to a pair of Twitter posts from the legendary actor, he was “delighted” by the response to his first, unprompted reading, and was inspired by early childhood memories of his mother uttering the idiom “An apple a day keeps the doctor away,” to keep them coming.

“How about, ‘A sonnet a day keeps the doctor away’?” Stewart tweeted.

For those who don’t know, Stewart, who’s best known for his roles as Captain Jean-Luc Picard and Professor X in the Star Trek and X-Men universes, has an extensive Shakespearean background. He fell in love with the writer’s work at an early age. Immediately above is an interview Stewart did with The A.V. Club, in which he discusses how a teacher of his turned him into a lifelong lover of Shakespeare by forcing him to read the writer’s work aloud. 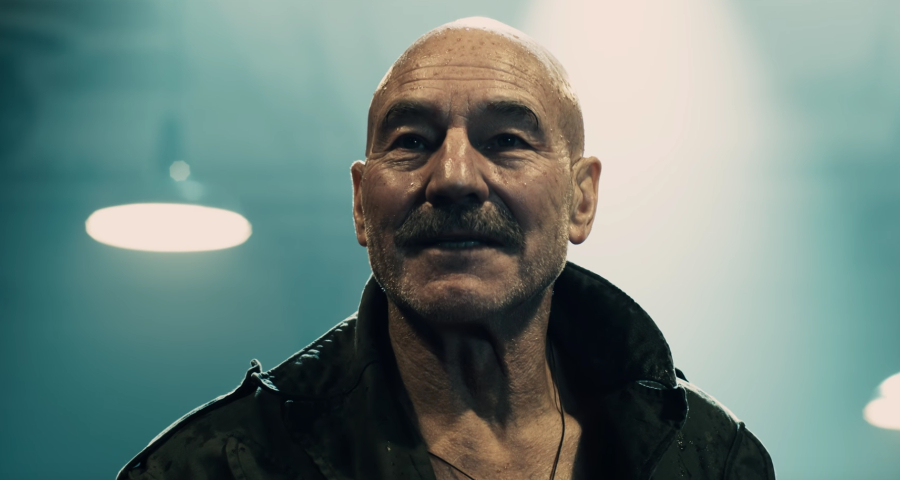 Patrick Stewart as Macbeth in the eponymous 2010 film. Illuminations Media

What do you think about P-Stew reading a Shakespearean sonnet a day? Do you hope this Shakespearean-sonnet-a-day thing lasts until the end of time? Or do you wish Stewart would lend his glorious, booming voice to other writers’ works? Let us know your thoughts in the comments!