Rock Out to ‘The Safety Dance’ Played on a Chromatic Dulcimer

Men Without Hats made it very clear in 1982: you can, in fact, dance if you want to. Heck, you can even leave your non-dancing friends behind. What kind of friends are they anyway if they won’t get groovy with you? However, the Canadian synth-pop rockers never said anything about dancing to a dulcimer. As best as we can tell, they never mentioned anything about playing or even listening to a dulcimer. But we don’t need their permission to enjoy this twangy folk-rock cover of their hit song “ The Safety Dance.”

It leaves the real version far behind, but it keeps all of the original song’s fun.

Sam Edelston, of the aptly named YouTube channel Contemporary Dulcimer, busted out a rousing rendition of Men Without Hat’s “The Safety Dance” on a chromatic dulcimer. (Which we first came across at Laughing Squid.) While this version sounds very different from the new wave original, it’s still a banger. This song wouldn’t be out of place on the lower decks of the Titanic. (Pre-accident. You know, when it was still fun.) Or playing during a show from the Lord of the Dance, Michael Flatley.

What makes this cover even better is that Edelston didn’t discover the popular song until recently. Despite it being released nearly 40 years ago. “I somehow missed this song when it was a hit and, in a bit of a time warp, learned about it through one of my kids in just the past few years,” he wrote. Better late than never. 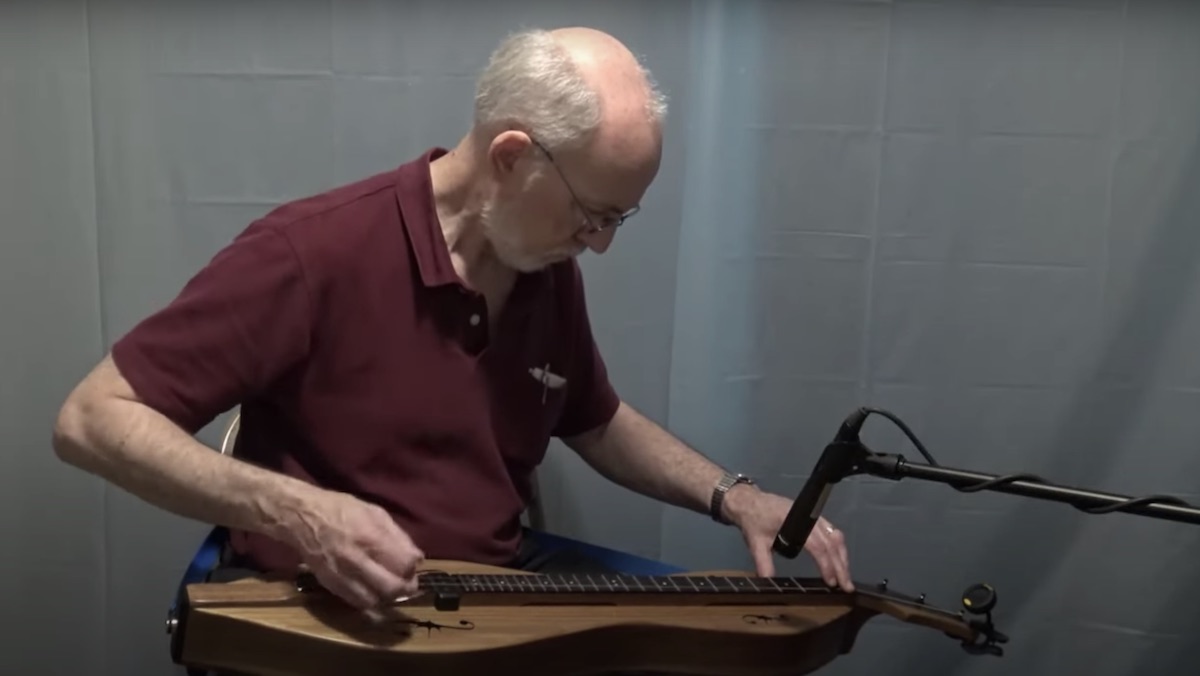 Make sure to check out Edelston’s YouTube page, which features more great covers. He says he does these videos “to inspire more people to play and listen to dulcimer music, in diverse, non-traditional styles.” Because he says “the mountain dulcimer is a natural rock (and pop) instrument.”

As is dancing, with your friends or without. So long as you get a track that makes you want to move. Clearly “The Safety Dance” qualifies, no matter the instrument being used.