Toward the end of 2020, tech company Boston Dynamics released a video of its cutting-edge robots putting on a dance number. The show, set to the hit single “Do You Love Me,” demonstrated how flawlessly BD’s bots can rattle their rumps. Now, the crew at Adam Savage’s YouTube channel, Tested, has a look at how that kind of kinetic magic happens. And the process is highly reminiscent of putting together a garage band track.

Savage and company recently posted the above video to the Tested channel. The video delves into Boston Dynamics’ Choreographer software, which the company used to program the robot dog, Spot, in the viral dance video. (That video is available at bottom, because if you haven’t seen it, you need to.)

In this video, Savage and Tested host Norman Chan show how to make Spot do everything from leap to moonwalk. And while setting up Spot to do so is probably a technical challenge, it seems like forming dance sequences isn’t. As in, it appears users can drop any number of dance moves into a sequence and then just hit dance. 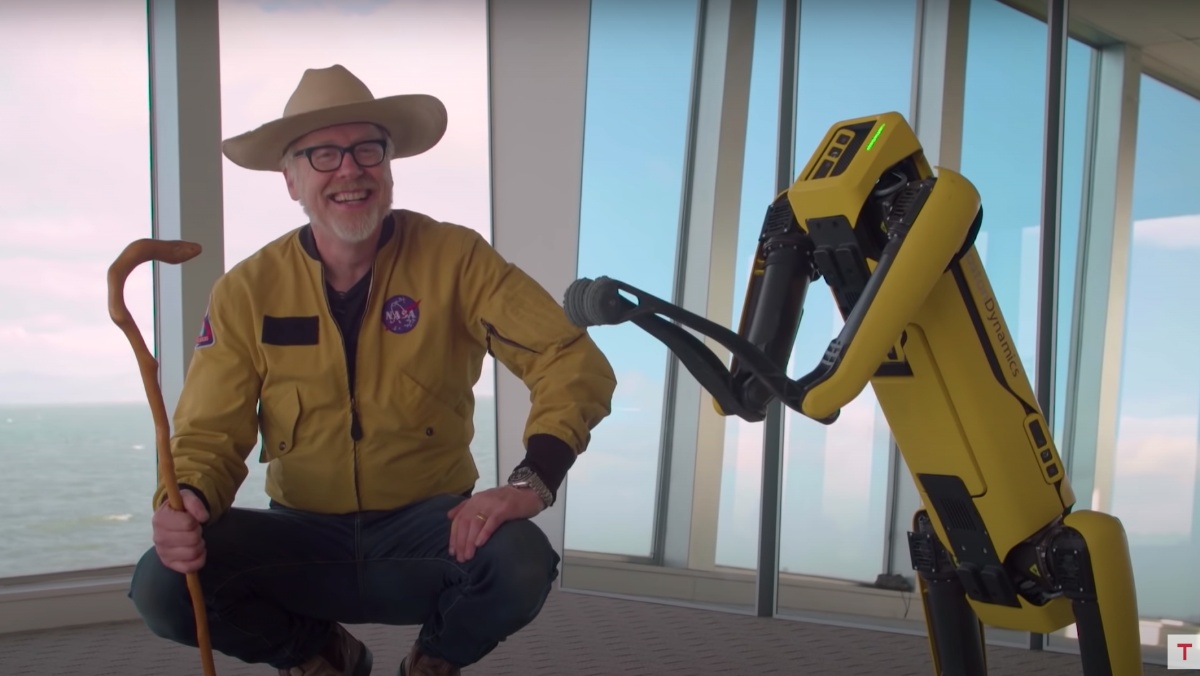 The best part of the video comes around fifteen minutes in, when Savage starts dancing alongside Spot. And while the pair may not have quite the same synchrony Spot has with its robotic dance partners, the duo could still probably make it a few rounds on Dancing with the Stars. Besides, teaching Spot dance moves is just the opening act for its time in the limelight.

“Everything we’re doing to play with him is informing how he can perform in the future,” Savage says. “The difference between what Spot can do today and what Spot will be able to do two years from now is massive. And I’m so psyched about that,” he adds. Right before dancing off into the distance with Spot walking by his side.