The Rough Life of We Are Chicago - Nerdist

The Rough Life of We Are Chicago

We Are Chicago isn’t your typical video game project. Rather, it’s more like a life simulator, as players follow the actions of a teenager living in the south side of Chicago, making crucial decisions based upon real people and their stories – so not every decision will come easy. But then again, growing up never is, and you can easily double that experience when it comes to being raised in a dangerous neighborhood.

“The project started as a thought experiment between friends, about how you could tell a true story through games,” said Michael Block, project lead and manager for We Are Chicago, discussing the motivation behind the game. “Around the same time, we read a few slice-of-life type books based on true accounts of growing up on the South Side of Chicago in the 80’s and 90’s. After talking to people and volunteering with a few groups, we realized the situation on the South and West Side had changed, but that a lot of the same problems still existed.

“After talking to more and more people and doing more and more research, we found the history behind a lot of the problems people were experiencing were things like Chicago’s history of redlining and our whole country’s problem with race based income inequality, which lead to education inequality that further exacerbates the first two problems. As we found out new things or talked to new people, we would share the stories with our friends and realized that most of them had no idea what was happening, even though we all lived a few miles away from these neighborhoods.  Through the research process we came to see that making a game to tell those day-to-day stories was incredibly important, and that Chicago was actually a very representative example case for lots of shared issues around race in the United States.” 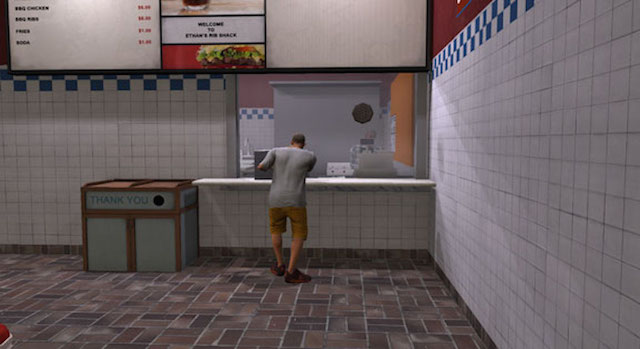 (Image source: We Are Chicago)

Block and his cohorts spent a lot of time applying their research to We Are Chicago‘s development, ensuring that it stayed true to its life-simulating theme and characters. “Prior to finding Tony [the main character], we had been volunteering and interviewing people on the South and West Side, and had gathered together a variety of different people’s experiences,” said Block. “We also read books that were either direct accounts or second-hand accounts about day-to-day life. We researched the history of some of the social issues around race and income inequality.  From the interviews, we created a list of the shared experiences so that we could talk about the things that were common to everyone’s experience, and then Tony worked with that list to craft the overall narrative and write the specific dialogue so we could discuss each issue.”

It isn’t the typical gameplay experience that some players expect, but Block is fine with that. “The decisions you make are about trying to protect your family and friends.  You have to decide how to respond to your friends getting you caught up in life-threatening situations like getting beat up on the street, held up at gunpoint while at work, and a host of other real scenarios.  A lot of your decisions with your family revolves around how much you should tell them about what happens to you on a daily basis, and how best to protect your younger sister.  These are all real scenarios that happened to people we interviewed and many of them were life or death situations,” he explained.

And reactions can change based on these situations. “We wanted to talk about a specific set of issues in the game and make sure that every player experienced all of them, so the differences in the gameplay are all about how diplomatic or hostile you have been, and how supportive or dismissive you have been. Depending on your choices, people may be understanding of you or they may be angry with you, and that will change how the story plays out.” 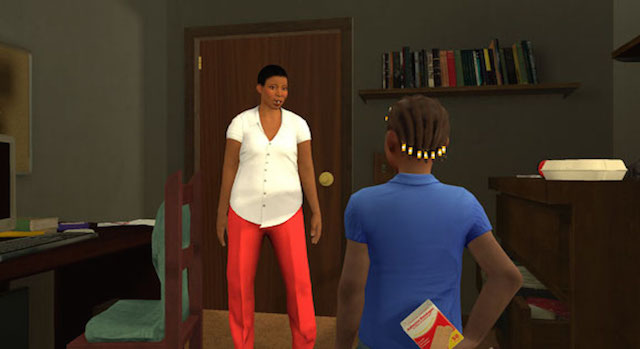 (Image source: We Are Chicago)

Regarding how long the game could take, Block stated, “The game takes place over six in-game days and we have about ten main scenarios that highlight both positive and negative things that people talked about during our interviews.”

Narrative can play a strong part in games like these, according to Block. “Games have been pushing deeper narrative engagement for a while now, and I think that what we are doing in We Are Chicago is an extension of that,” he said. “Games like The Walking Dead were talking about race issues, and while those issues weren’t necessarily central to the narrative, they did have an impact- and by bringing them up, the player is forced to at least acknowledge them.

“I think we go a fair bit further since issues around race and income inequality play a very central role in the narrative, but I think the success of The Walking Dead and other narrative-driven games show that people are very open to the idea of discussing social issues in games if the narrative is compelling.  We have been focusing first and foremost on making a solid narrative experience for this reason, so that people will be engaged and get to all the important plot points so we can discuss really important social issues.”

So far, response to the game has been very positive. “We were at PAX Prime and Indy PopCon in Indianapolis before that, and at both shows everyone was very interested in the game,” said Block. “At Indy PopCon, we had numerous groups of kids who lived on the South and West Side of Chicago who played the game and told us that the environments looked like places they knew, and that everything felt realistic.”

As for when We Are Chicago releases, Block estimates an early 2016 arrival on PC. “We definitely want to explore this space more and there are a lot of other underrepresented groups and important social issues that could be discussed very well through games. We really want to see what the feedback is on the final game to see how we can make future experiences more effective and engaging,” he concluded.

To learn more, visit the official We Are Chicago game page here.