We’re in the middle of several crises at once. Most of them would have been “unthinkable” even a few years ago. But one thing that has always remained true is the ease with which disaffected young men can be radicalized. Watching the 1974 film The Parallax View in 2021 as part of its new Criterion Collection release really hammers home that it’s not just scary because it could happen; it’s scary because it has.

In the years following the JFK assassination, a wave of conspiracy theories arose. They focused on the veracity, or lack thereof, of the “official” story. People’s imaginations ran rampant. It was the height of the Cold War, let us not forget, and paranoia raged. Did Lee Harvey Oswald act alone? Did he have accomplices? Or was he merely the patsy for some greater clandestine scheme? If we ignore some Occam’s Razor aspects, it’s a really compelling series of possible outcomes; maybe the CIA did it, maybe Vice President Johnson signed off, maybe it was a Cuban/Corsican plot because Kennedy pissed them off. It’s the rabbit hole of rabbit holes. 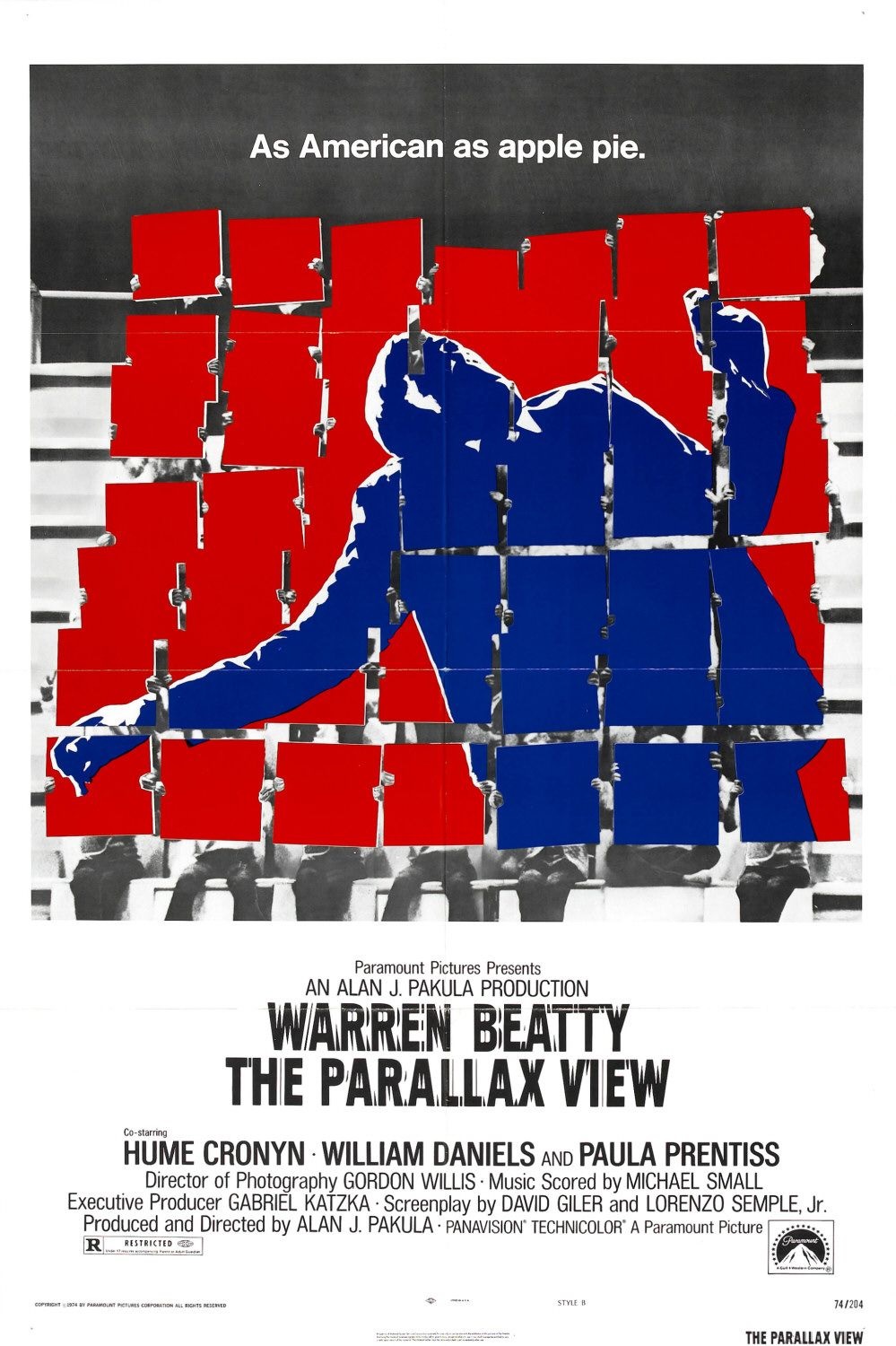 But in addition to the “real” conspiracy theories to spring forth, purely fictional ones came too. The Manchurian Candidate film came out only a year before the Kennedy assassination and posited Communist China had brainwashed Korean War soldiers to turn them into sleeper agents. Following the assassination, novels and movies of this ilk flowed like a loose tap. Loren Singer’s 1970 novel The Parallax View took the Kennedy assassinations—by that point it was RFK too—directly for its own narrative. Though Alan J. Pakula’s 1974 film fictionalized all politicians in question, it nevertheless feels incredibly realistic in terms of how sinister and simple conspiracy theories like this could be.

At the beginning of the film, a US presidential candidate holds an event in Seattle’s Space Needle. In the middle of the happy affair, with TV and print news media in full attendance, a man dressed as a waiter suddenly draws a gun and shoots the candidate dead, against the windows of the Needle. In the ensuing chase, security corners the man on the exterior of the structure before he falls to his death. We see, however—and maybe others do too—that a second armed man, also dressed as a waiter, casually leaves the scene. We then see a report from a Senate commission: the dead waiter was, officially, a lone gunman.

Three years later, Lee Carter (Paula Prentiss), the TV news reporter covering the event, arrives unannounced at the residence of her former boyfriend Joe Frady (Warren Beatty), an Oregon investigative journalist who was also at the event. She claims several people who witnessed the assassination have turned up dead in mysterious circumstances. Six people in total, and she fears she’s next. Frady, already in trouble with the law for some of his more unscrupulous journalistic practices, thinks she’s overreacting. These are all coincidental, it couldn’t be a conspiracy. Soon after, Carter ends up dead, of a drug overdose.

This starts Frady’s wheels a-spinning. Soon he convinces his editor (Hume Cronyn) to front him some capital to investigate, unofficially, until he finds something. He begins in Texas to look into the death of a federal judge who’d witnessed the assassination. He runs afoul of the town’s sheriff and deputy, who seem pretty keen on killing the reporter. Frady soon uncovers evidence of a company called the Parallax Corporation who have been recruiting disaffected, angry young men for some purpose. Frady assumes it’s to enact these repeated political assassinations; they’re all loners looking for a place to belong, so the authorities can all easily call them nutcases. 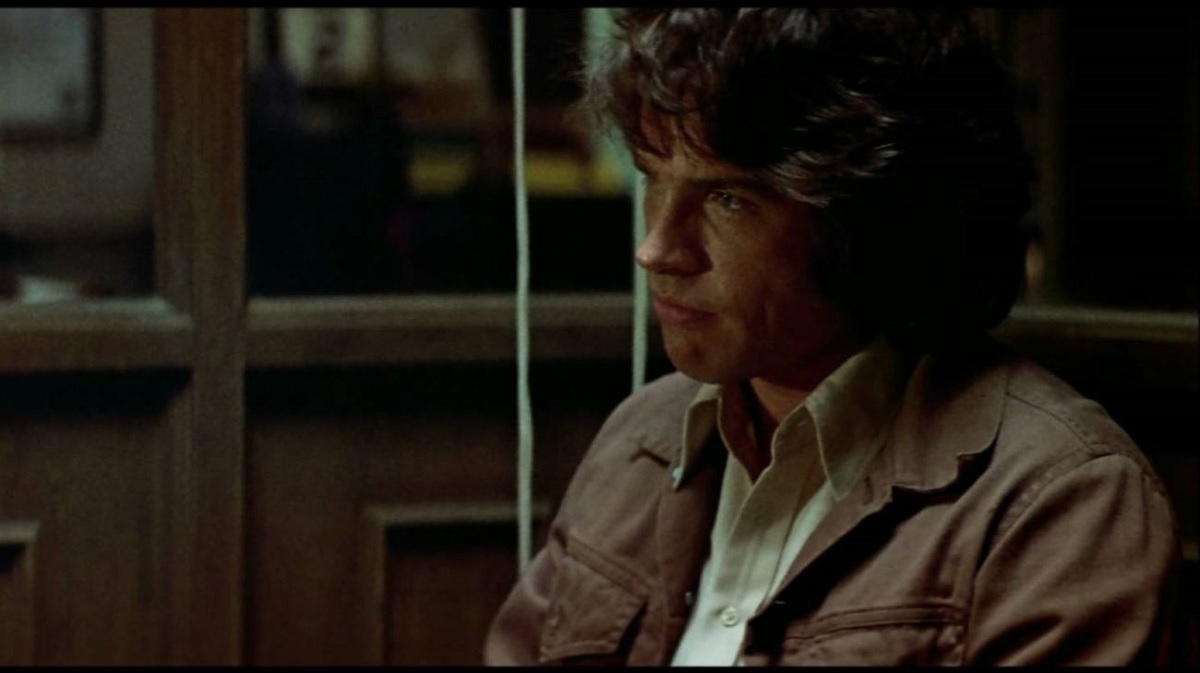 In one of The Parallax View‘s best-known sequences, Frady assumes a new identity and tries to get recruited by Parallax to gain more info. He arrives at their lush office building and is subjected to a film that is supposed to gauge his fitness to work for Parallax. It’s a nearly six-minute-long montage of images and music, which we know to be a form of brainwashing, pairing wholesome “All-American” family units with the atrocities of war and dictatorship. It’s supremely unsettling, and I’ve included it below.

All of this leads to Frady going down the rabbit hole of his own and learning perhaps too much. In another outstanding sequence, he knows an airplane containing another prominent politician has a bomb in its baggage hold. If he blows the whistle loudly, his life will be endangered. So he boards the plane and gives a fake name to the air steward.

Sidebar: I need to explain something that always throws me for a loop. In the 1970s, and really up until way too recently, you could: get on a plane without a ticket; pay cash for it while the plane was in flight; and give any old name you wanted for the manifest. Planes were like trains back then. It’s really no wonder it was famously the “ Golden Age of Airplane Hijacking.”

Back to the movie. Frady has to figure out how to let people know there’s a bomb on the plane without being the one to say it. It’s an incredibly tense and upsetting sequence, and it’s not even the last such tense sequence in The Parallax View. 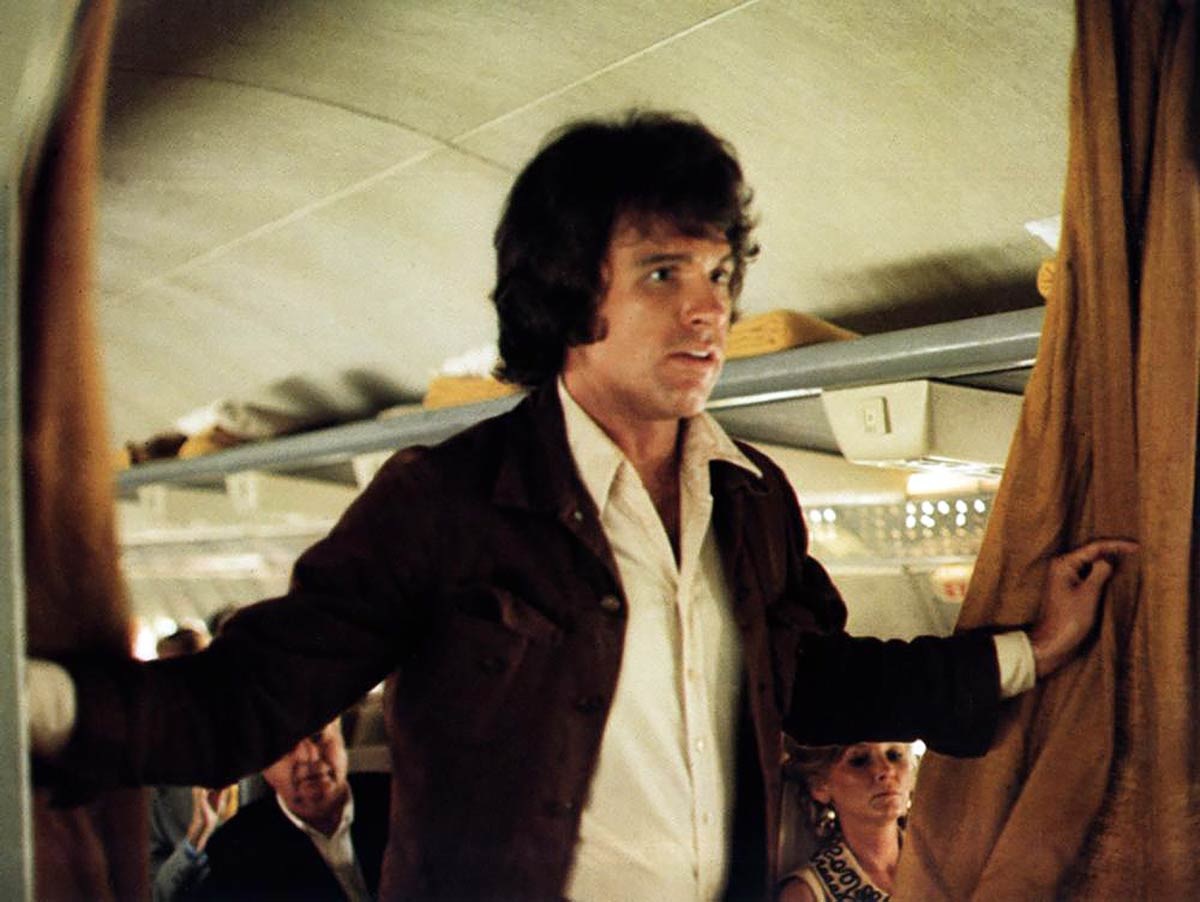 Two main things make The Parallax View so compelling, and scarily relevant today. First, it’s the ambiguity. We don’t really ever find out what the Parallax company actually wants; they’re company recruiting men to act as assassins and patsies. There are several assassinations in the movie, and we never know what party or political affiliation the involved figures belong to. The movie never posits that it’s a Right- or Left-Wing plot; just that this company have deemed these candidates as threats.

The second thing is that we know now just how easy it is to recruit people for such a purpose. Outright lies by very powerful people have fueled conspiracies that then begat violent, deadly coup attempts. That the Capitol attack in January was more haphazard and ultimately mostly fruitless doesn’t change the terrifying truth. Bad faith actors and egotistical nationalists have radicalized the disaffected with false-flag narratives of a “liberal takeover” and it produced the unthinkable. Well, “unthinkable,” anyway. 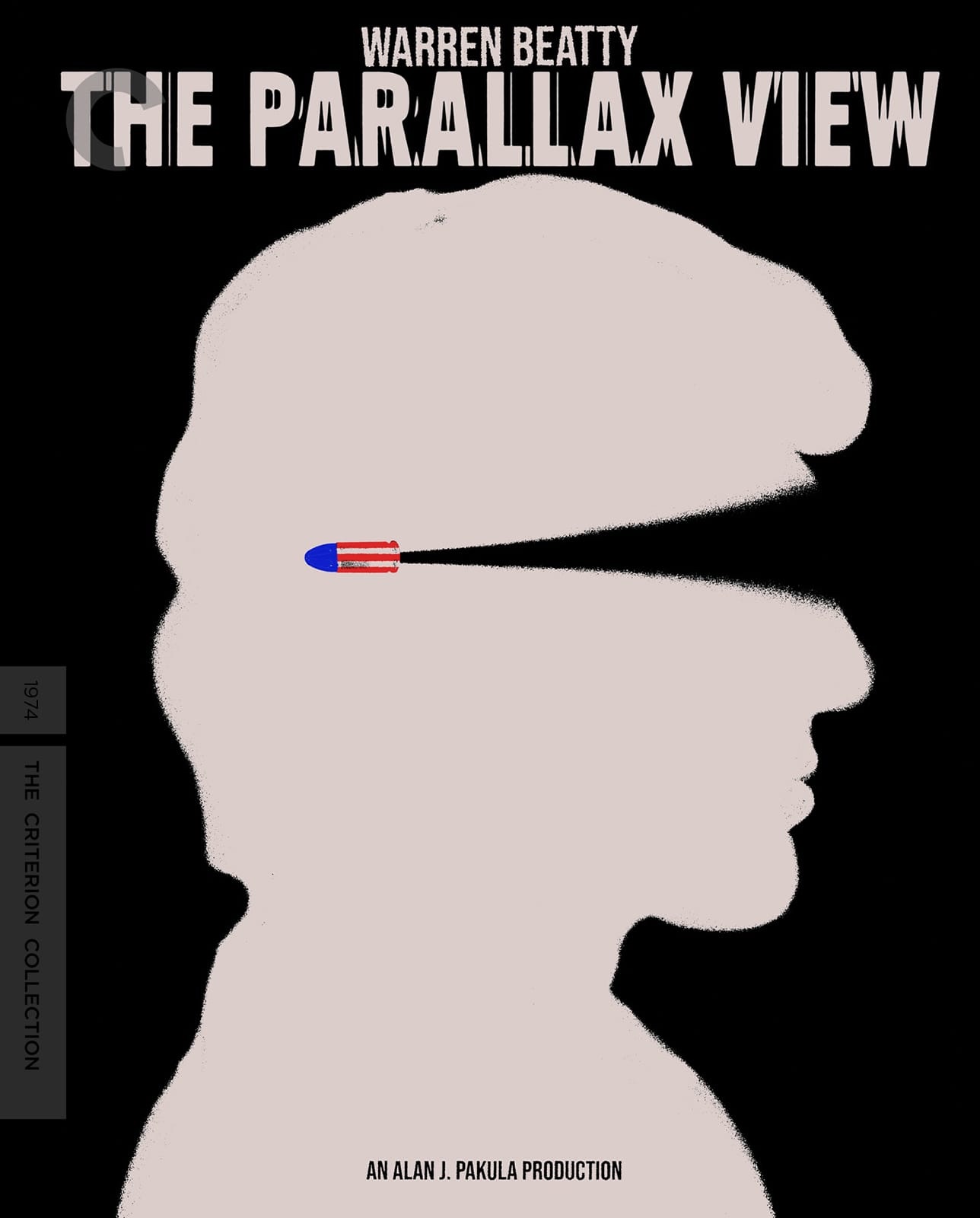 Beyond all of the terrifying modern-day implications and parallels, The Parallax View is just a damn fine paranoid thriller. It forms the middle part of Pakula’s loose trilogy of paranoid thrillers beginning with Klute in 1971 and ending with All the President’s Men in 1976. The great cinematographer Gordon Willis shot all three of those films, and in this one perfects the sense that we ourselves are spying on the events. Perhaps giving the audience the point of view of the omnipresent “they” who manipulate everything from the shadows. The sparse and creepy score by Michael Small is also an all-timer.

The Parallax View is often overlooked when discussing great American political thrillers, perhaps because it’s too effective in conveying the ambiguity of such conspiracies. But thankfully Criterion have decided to release it, and a banger of a disc it is too. Especially for a 2021 audience, The Parallax View seems to have finally caught up to its prescience.