THE OLD MAN MOVIE Should Stay in the Barn - Nerdist

THE OLD MAN MOVIE Should Stay in the Barn

Festival movies are a crap shoot. You kinda just have to pick what seems interesting to you and hope for the best. Usually it works out. Fantastic Fest 2020 has an incredibly high batting average so far, so it’s nobody’s fault if I didn’t like a movie. I saw the thumbnail and description for The Old Man Movie, an Estonian stop-motion animated movie about the mission for kids and their farmer grandpa to milk a rogue cow before it explodes, causing nuclear disaster. It’s a weird concept! Sounded fun. And I like the Brothers Quay, I like Jan Švankmajer; I’m into strange animation. But, nope, this movie was, to put it mildly, not my cup of milk.

In fairness, the description says The Old Man Movie is puerile and contains scatological humor. I was “prepared” for those things, but it didn’t make them work for me. Based on a popular Estonian web series, which is a phrase I never thought I’d say, the movie seems to revel almost exclusively in those elements. If it’s gross, violent, or frat-broish, then it’s what we see in the movie. Oh, and irritating, too. The shrill pitch of just about every line of dialogue grates. 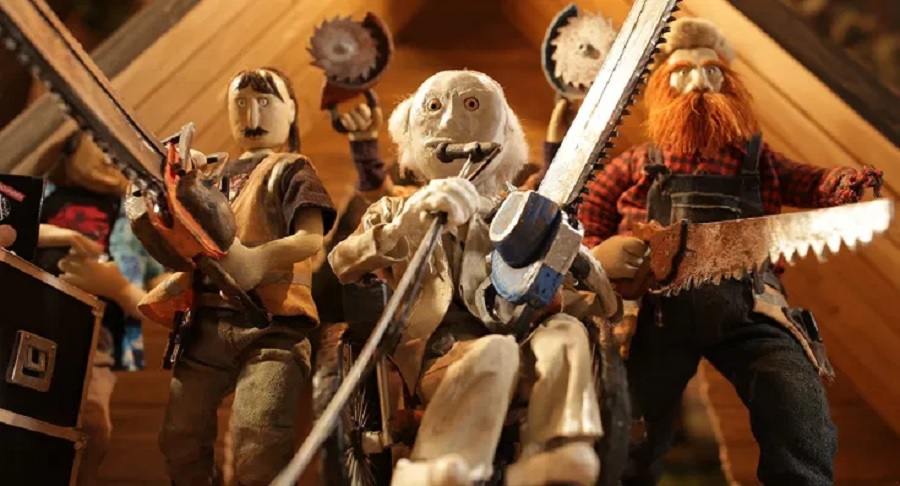 The film follows a trio of kids whose parents dump them on their grandfather’s doorstep for the summer. A truly deranged character, the grandpa puts them to work cleaning up the barn while he and his lone cow provide milk to the entire dairy-fanatic rural town. Many years ago, the former superstar of dairy farming (sure) was met with disaster when his cows exploded. Now, that same guy is a decrepit nightmare with literal milk in his veins and a hatred of cattle in his heart. As the cow escapes, the kids and grandpa have to track her down and milk her. Meanwhile the milk-blooded villain gathers a crew of chainsaw-wielders to cut off the cow’s head before she explodes.

The pace of the movie is breakneck, but because there’s nothing but bathroom humor and lactation jokes on offer, it feels like a much longer movie. Gross-out visual gags are fine as long as there’s a story to work with, and despite the zany set-up, the movie does nothing with it beyond the barest of threads. It makes sense to me that this was a popular web series because everything seems tailor made for 3-5-minute bursts of wildness. As a feature, it just feels interminable especially when nothing is particularly funny to you. By the time we get an extended sequence inside a bear’s digestive tract, I was ready to tap out. 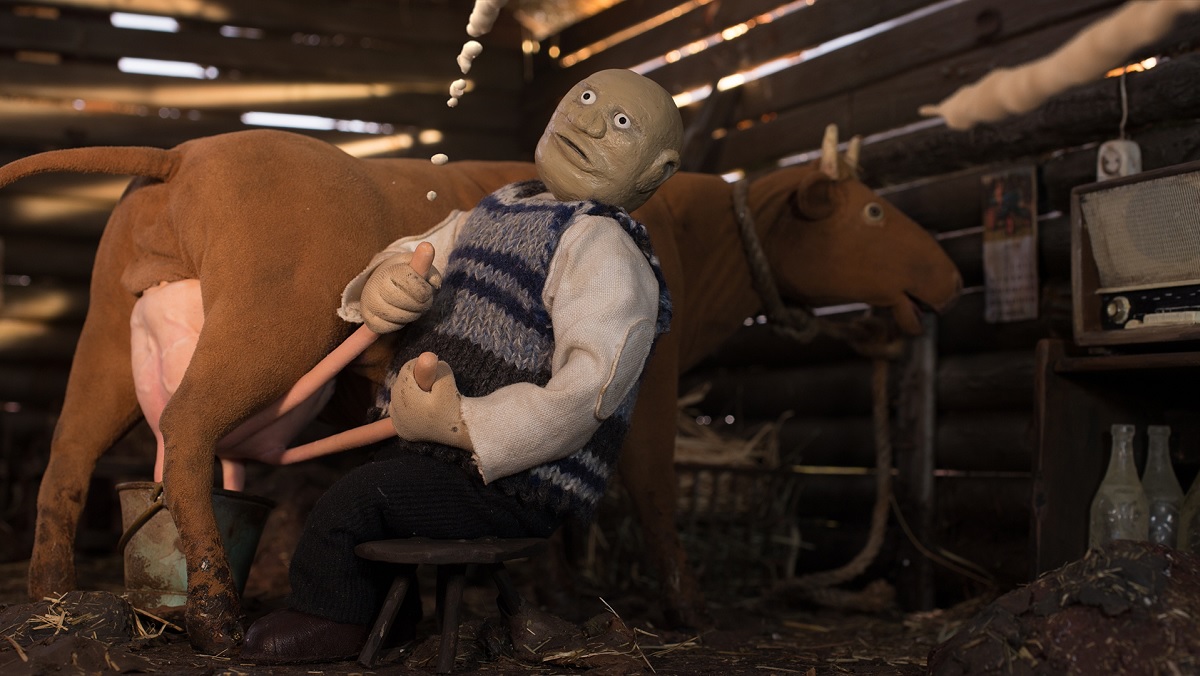 I do want to give a bit of praise to writer-directors Mikk Mägi and Oskar Lehemaa for some of the artistry. Stop-motion is a dying art, and some of the visuals on display in The Old Man Movie are quite elaborate and impressive. The figures and world have a particular out-there look which allows them to be more expressive in the situations. The characters only really have one or two expressions and their mouths don’t move. I wouldn’t say it’s visually stunning. Aardman it’s not, but there is a charm on display in the animation.

And that’s really all the nice things I can say. I won’t claim nobody will find it funny, because clearly people did if it ended up in Fantastic Fest’s lineup. I’ll just say that I really didn’t care for it and wished I’d watched something else instead.