We’re In A Golden Age Of Fantasy Animation - Nerdist

We’re In A Golden Age Of Fantasy Animation

Though fantasy has always been a big part of animation in the West, it took a bit of a step back in the ‘90s and early ‘00s. The huge success of The Simpsons inspired a similar set of slice-of-life animated comedy shows on both network and cable TV, like Daria, King of the Hill, and most Seth MacFarlane series. On the kids front, fantasy and genre animation in general was present, but not really prevalent. For every The Powerpuff Girls, there was a simpler Johnny Bravo.

Even when an animated show had fantasy elements, they were episodic in their narrative, meaning every episode would reset back to the status quo and nothing would change.

You could argue that more serialized storytelling with epic fantasy elements on modern TV animation began 15 years ago when Avatar: The Last Airbender premiered. The series offered a compromise: it had mostly standalone episodes, but with character arcs that would advance with the plot throughout the show’s three-season run. Since then, a few series followed its lead, but 2020 saw not one, not two, but three shows that followed this type of epic fantasy storytelling on TV. In January alone, we saw the release of Infinity Train Book 2 on Cartoon Network, The Owl House on Netflix, and Kipo and the Age of Wonderbeasts, all in the span of a couple of weeks.

Here’s why these shows are so important, and prove we’re in the golden age of fantasy television animation. 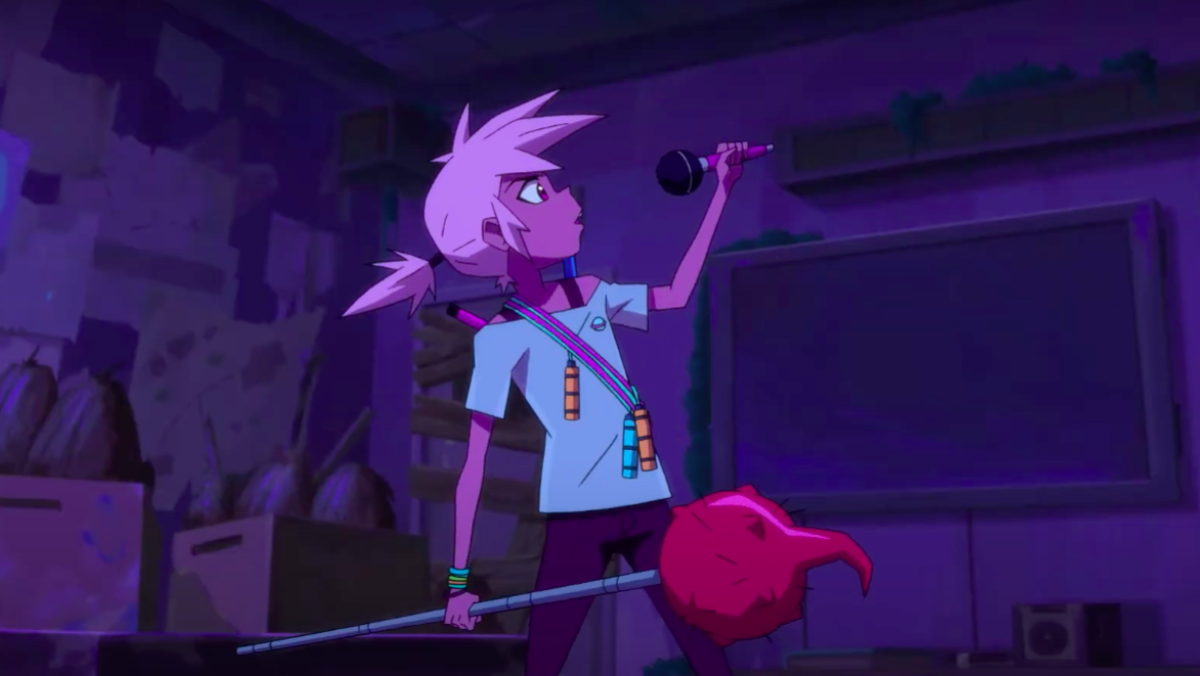 Of Wonderbeasts and Mutants

Netflix’s Kipo and the Age of Wonderbeasts premiered in January to critical acclaim. The show follows the titular Kipo, a 13-year-old girl who grew up in a Burrow, one of (presumably) many underground human cities. Turns out, a mysterious cataclysmic event about 200 years in the show’s past forced humans to hide underground while animals gained sentience, and grew giant in size as they conquered the surface world. Kipo also presents a sweet and seldom-seen story of representation that stars two protagonists of color, one of whom is gay. When the audience discovers this, the characters just take it as it is, without making a big deal out of it. It’s a simple yet touching thing that makes Kipo feel like a big deal.

The show finds Kipo stranded on the surface after her Burrow is destroyed, and must now return home. The show’s story is nothing extraordinary on its own; it’s basically The Wizard of Oz, as Kipo finds herself in love with this strange world and finds companions along the way that help her home as they all learn from each other. What makes Kipo interesting, however, is the way it feels the closest Western animation has come to recreating the visual style of Miyazaki’s creature designs. The show is full of Mod Frogs, Timbercats, MegaBunnies, EDM Wasps (a lightning bug wearing a yellow jacket combined with a disco ball with rave music), and other fantastical creatures that fill the world of Kipo with unique visual wonder. 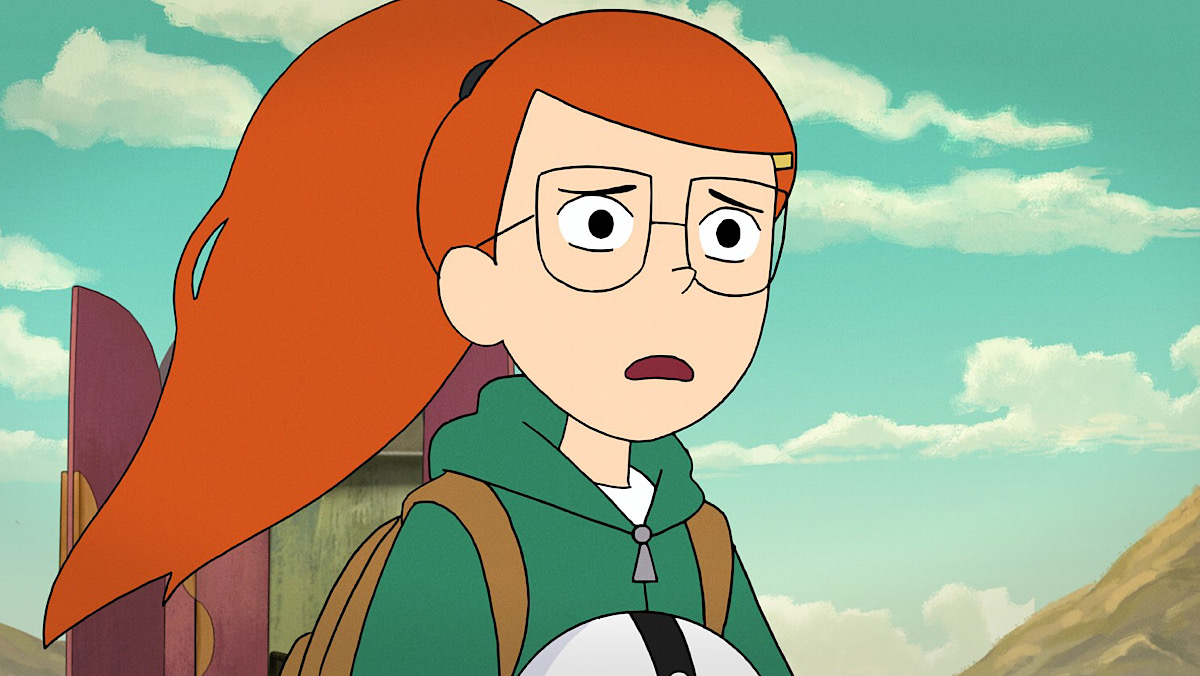 Length doesn’t matter, does it?

Adapting a video game is rarely a good idea. Many video game movies end up as critical and box office failures, which is why the good ones merely take inspiration from video game elements instead of replicating the story whole cloth. The animated series Infinity Train, which wrapped up its second season earlier this year, does that in regards to Snowpiercer; borrowing the train element, but forging its own identity.

We follow 13-year-old Tulip Olsen, an aspiring programmer from Minnesota, who finds herself trapped in a mysterious train where every car contains its own pocket universe. One contains talking corgis, while another car is full of wizard gnomes, another one just contains a fart. The show follows basic video game structure: Tulip has a traveling party that joins her on her adventure, first a robotic ball with a British accent and two personalities—one of them resembling Marvin the Paranoid Android from The Hitchhiker’s Guide to the Galaxy, another is a corgi king. Season two even mixes things up by sort of changing protagonists.

While Kipo has a more traditional seasonal structure, Infinity Train is a miniseries, which Cartoon Network aired over five nights, following in the footsteps of Over the Garden Wall. Each episode leads directly into the next, allowing for a complete, serialized story. The result is an extremely poignant tale of what it’s like growing up when your parents are going through a divorce, and how video games can help to work through the many feelings you have. 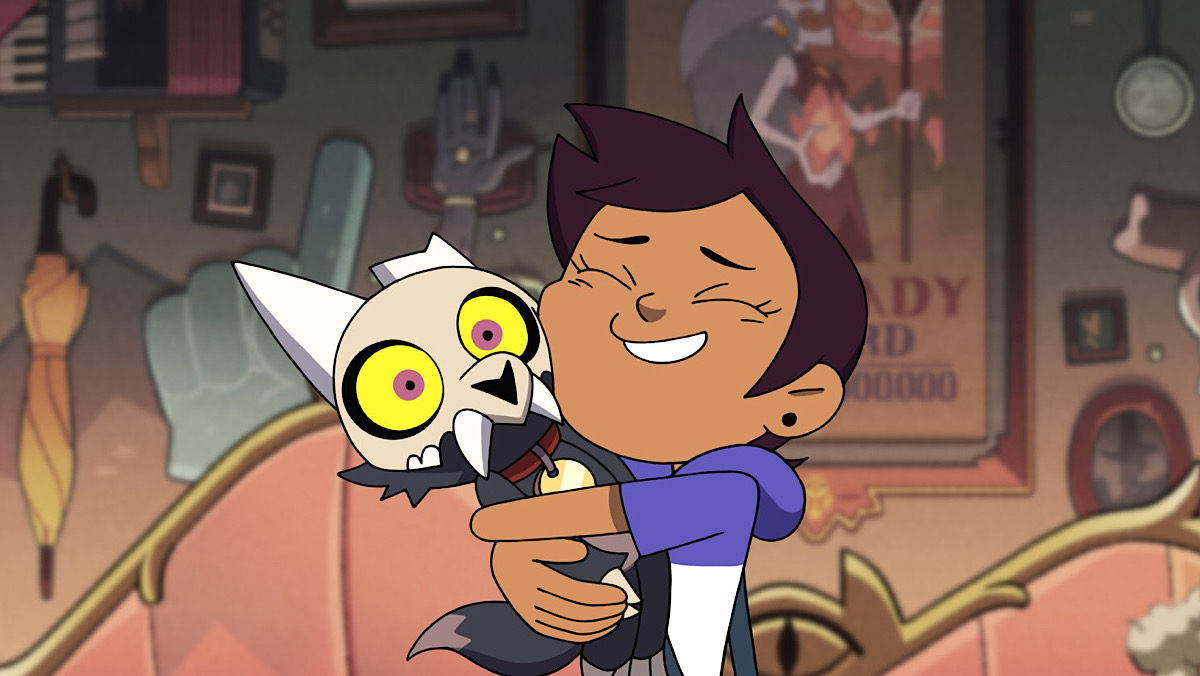 On witches and demons on the Disney Channel

You can’t really have a fantasy story aimed at a young audience without protests from parents, can you? Joining the ranks of The Golden Compass or Harry Potter is The Owl House, the new Disney Channel show about a girl that stumbles upon a portal to a magical realm where she befriends a rebellios witch.

If Gravity Falls was like Twin Peaks for kids, The Owl House is Harry Potter for a younger demographic. From the first episode, the show throws you headfirst into a world with a rich mythology and history, as we see and learn tiny pieces of lore every few scenes. Our protagonist, Luz, wants to become a witch, so the show has a lot of references to witches and demons, which sparked protests from parents. Though this is still a show for kids (so relax, parents) what makes the show interesting is its dark yet kid-friendly aesthetic that is heavily influenced by classic religious painters like John Bauer and Hieronymus Bosch, with twisted imagery involving angels and demons that led to the look of The Owl House.

Like the creepier aspects of Adventure Time or Gravity Falls, The Owl House uses imagery to hint at a bigger universe full of history and lore, with cultures, creatures and rules, showing the power of animation to instantly draw out a bigger universe than you first see, and which is explored in later episodes.

There’s always been fantasy in animation, and there always will be. But this year has seen a surprising amount of shows that use the genre to tell exciting, compelling stories with rich worlds full of lore. That all three of these shows came out around the same time and feature female protagonists only goes to show you how long the medium has come in such a short period of time.

How STAR WARS: CLONE WARS Changed the Franchise for the Bett...

TAGGED: Infinity Train, Kipo and the Age of Wonderbeasts, The Owl House