The James Bond franchise was an Earth-shatterer. The popularity and box office of the movies in the 1960s was on par with the MCU today. They were so popular that other spy movies popped up at a record clip. Matt Helm, Derek Flint, and Harry Palmer all hit the big screen in their own series of espionage thrillers; perfect to satiate the spy-crazed public. On TV, Mel Brooks and Buck Henry spoofed this craze with Maxwell Smart, Agent 86, in Get Smart, a comedy classic.

By the 1970s, however, the Bond franchise already started to feel played out. There were other genres to exploit for big bucks; ergo, the Bond movies began infusing other subgenres throughout the decade. Live and Let Die was Bond as Blaxploitation; The Man with the Golden Gun brought in kung fu elements; and Moonraker infamously gave us a Star Wars-inspired space battle finale. And it was into this world, with Bond at its most extravagant, that Maxwell Smart returned, in 1980’s The Nude Bomb.

Get Smart ran for five seasons, from 1965-1970. It proved quite popular for its day, introducing the world to bumbling Maxwell Smart and his much more capable partner, Agent 99 (Barbara Feldon). It was a great mix of spy movie cliches and Brooks’ trademark brand of absurd humor. And then it ended. And Mel Brooks won an Oscar for writing The Producers and began his now legendary directing career. Get Smart seemed as passe as the Bond movies it spoofed.

And then in the late-70s, Universal obtained the rights to Get Smart and was eager to capitalize on their new property. But it was also the late 1970s and the Bond movies, especially 1979’s Moonraker, had become parodies of themselves. But that didn’t stop Universal from demanding a Maxwell Smart movie. Screenplay writing duties for The Return of Maxwell Smart fell to Get Smart‘s executive producers Leonard Stern and Arne Sultan, as well as prolific TV comedian Bill Dana, who’d appeared on a few Get Smart episodes. Veteran British comedy and fantasy director Clive Donner got the job of directing. 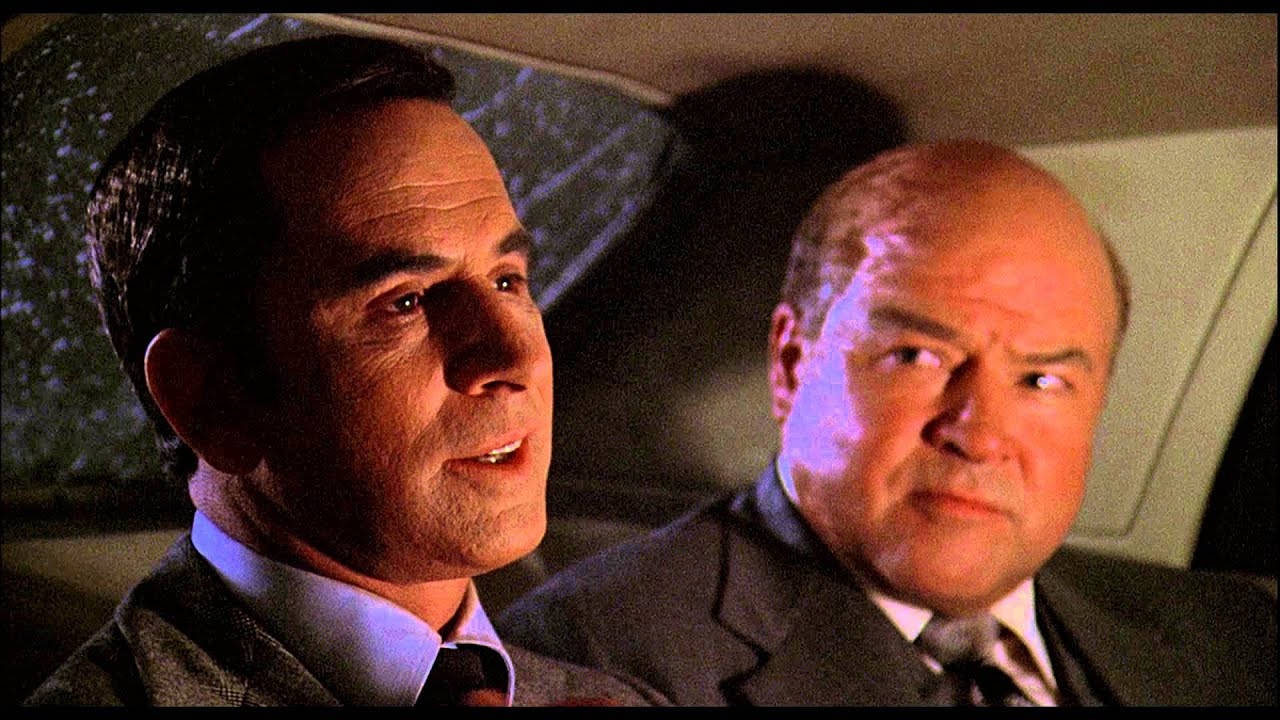 The trouble is, as the eventual screen title The Nude Bomb would indicate, Universal wanted the movie a little more grown up. Adams and the original Get Smart folks balked at making Max too risque. He lost, though; in the finished film Max swears and gets into some tame-by-today’s-standards sexual situations. It’s an odd mismatch of tone, but at the heart, you have Adams giving a performance he hoped would make him a movie star.

The story follows Agent 86 as he investigates the evil organization KAOS and its promise to launch a “Nude Bomb,” i.e. a bomb that somehow eradicates clothing. Seemingly it also precludes creating more clothes. Max’s team includes a new Chief (Dana Elcar) and returning side characters, master of disguise Agent 13 (Joey Forman) and dumb idiot Larabee (Robert Karvelas). Instead of Agent 99, though, Max had a roster of beautiful women. The main one is Agent 22 (Andrea Howard), whose main skill is hiding, which just means she appears in between camera edits. Also Agent 36 (Pamela Hensley) and Agent 34 (Sylvia Kristel). Oh, and his version of Q, Carruthers (Norman Lloyd). Honestly, there’s too many characters, but at least the movie calls that out at one point. 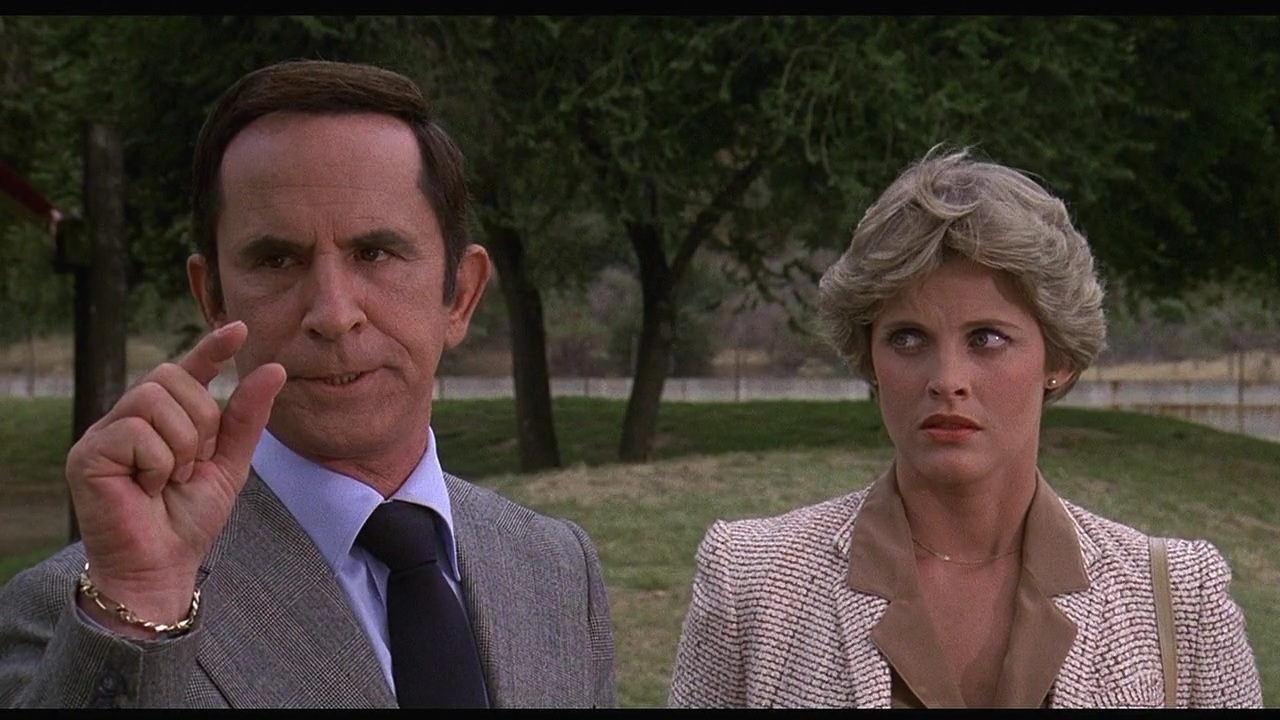 The Nude Bomb ends up being a very strange mash-up of comedy and action movie. Parts of it feel ripped from the TV show, as it should. But other parts are just action sequences, not on a par with Bond but certainly stuff you’d see on TV. There’s even a whole chase sequence through the Universal Studios theme park in which Max and 22 chase villain Sebastiani (Vittorio Gassman) in tour trams. It’s weirdly exciting. The eventual climax sees a bunch of cloned Sebastianis fight a bunch of cloned Smarts and it’s oddly hypnotic in its obvious fakeness.

Ultimately the movie sort of suffers from this dichotomy. It’s not nearly as funny as it would have been if Brooks and Henry were involved, or if Universal weren’t as interested in competing with Bond. But it was shot on such a small budget that it can’t possibly compete. Sections of the movie, such as Carruthers explaining the needlessly complicated gadgets, are very funny, while others have almost no jokes at all. If this were an hour-long episode of Get Smart, perhaps a pilot for a new series, it might have worked. But at over 90 minutes, it just doesn’t quite sustain its promise. And it’s only a PG movie, which it proudly states at the beginning, which means none of the risque stuff is all that risque. 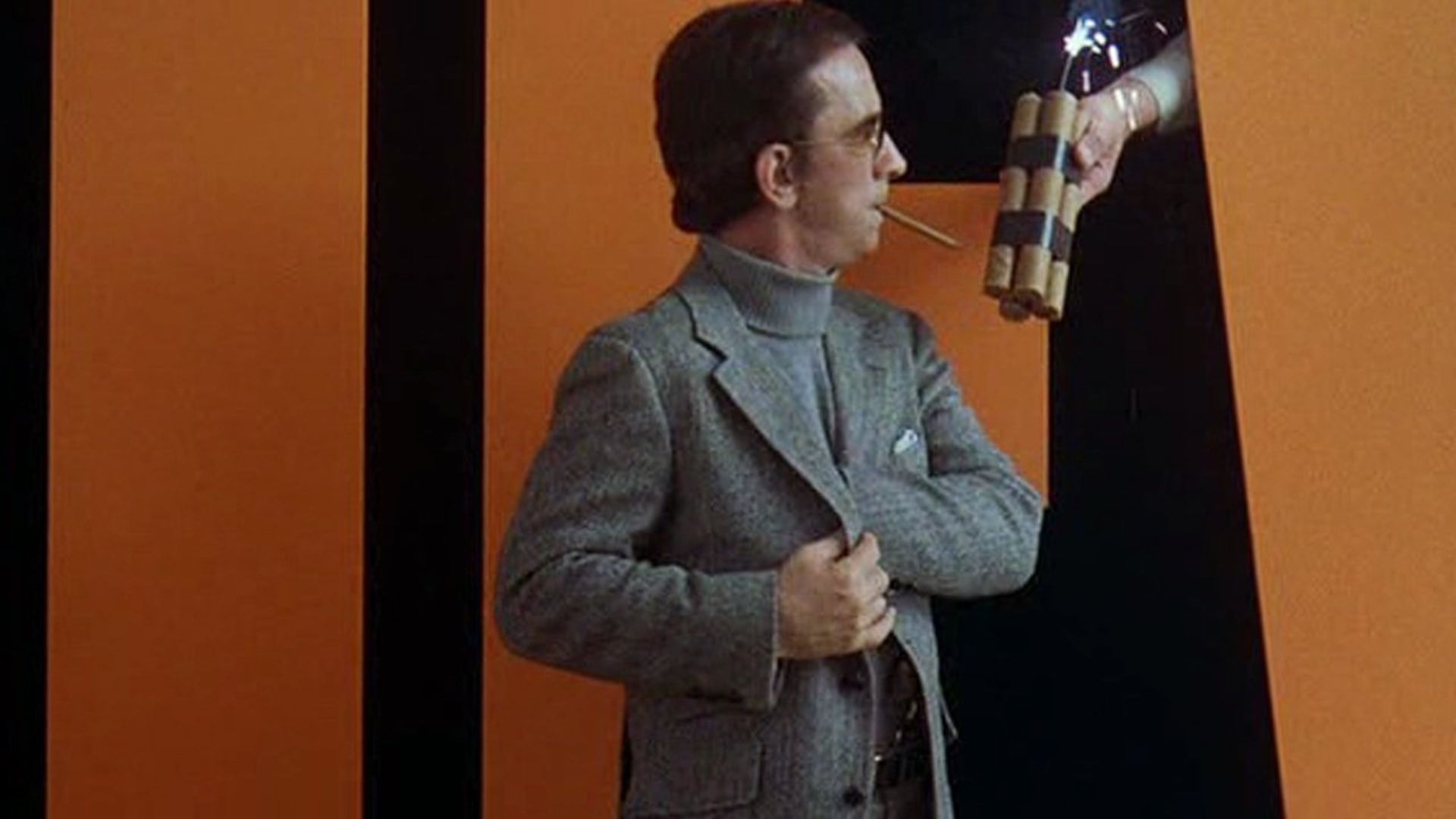 But, if there’s one saving grace for The Nude Bomb, it’s Don Adams. His comic timing and delivery are always tremendous. Maxwell Smart was his character, and the character was him. We got his trademark “missed me by that much,” though the movie does way overuse the other recurring joke of “Would you believe…?” It’s just a shame the movie, though it did okay, wasn’t enough to launch Adams into movie stardom. A longtime television performer, he never quite made it to the big screen. He did voice Inspector Gadget on the old cartoon, of course. And he’d return to play Maxwell Smart in the 1989 TV movie Get Smart, Again! and in 1995 for the short-lived reboot series on Fox. 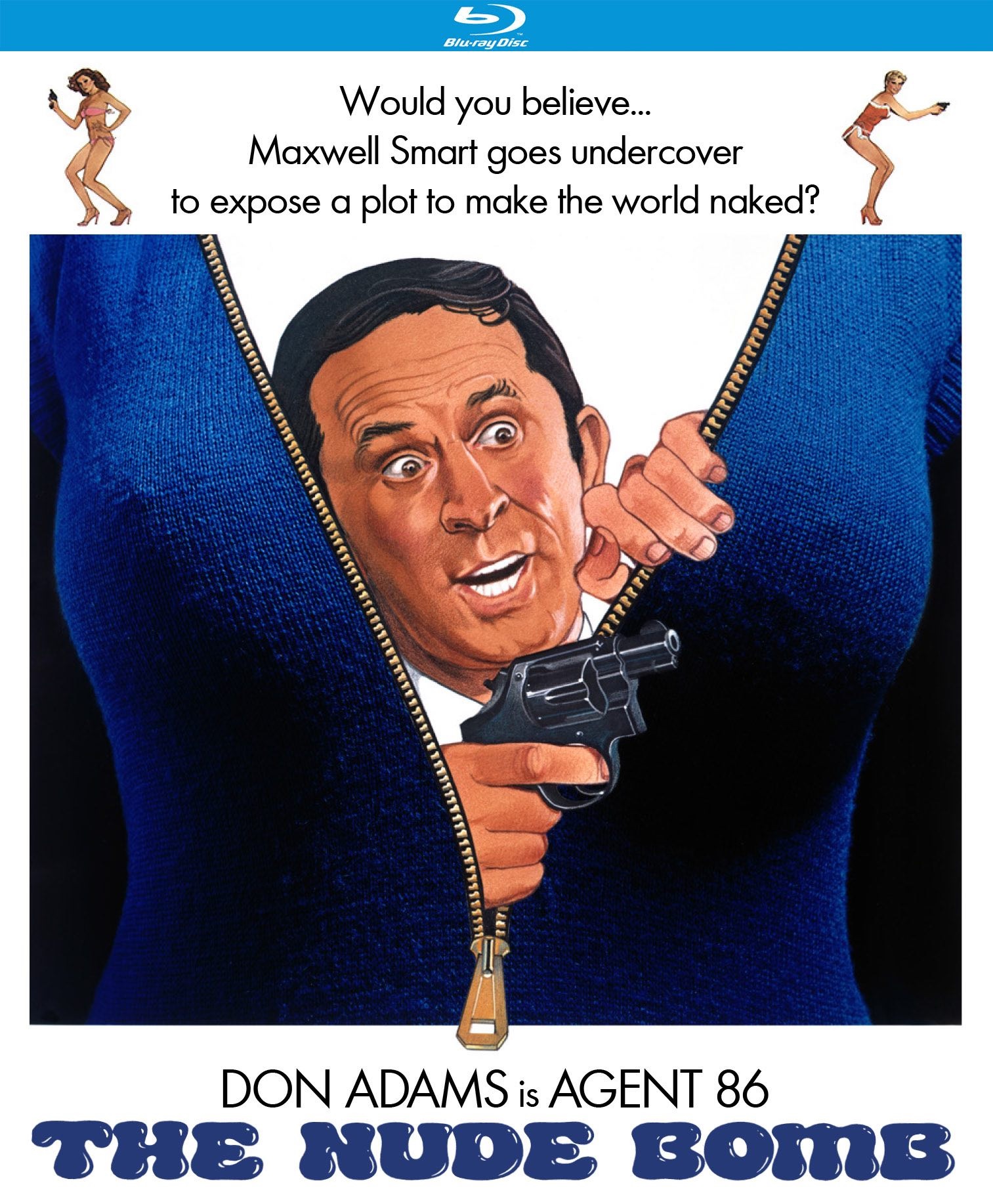 The Nude Bomb is an oddity of its era, and is worth a watch. The new Blu-ray edition from Kino Lorber is prestine and shiny, and comes full of extras. Would you believe, two commentary tracks?

Why the Númenóreans and Elves Are at Odds in THE RINGS OF ...