One of the movies I was most excited for people to see coming out of Sundance 2020 was David Bruckner‘s The Night House. It’s a fresh and cosmically weird take on the haunted house tale. Big fan of it, as you can read here. But, wouldn’t ya know it, that durn pandemic came around and the movie didn’t come out. Until now! We finally have a proper release date for it: August 20. And not only that, but we also have a new trailer. It’s very creepy. Take a look!

In The Night House, Rebecca Hall plays a teacher whose life turns upside down following the tragic death of her husband. Now she’s all alone in the secluded lake house he built for them. But the longer she stays in the house, the more she learns her husband isn’t who she thought he was… And maybe she isn’t quite as alone as she thought. 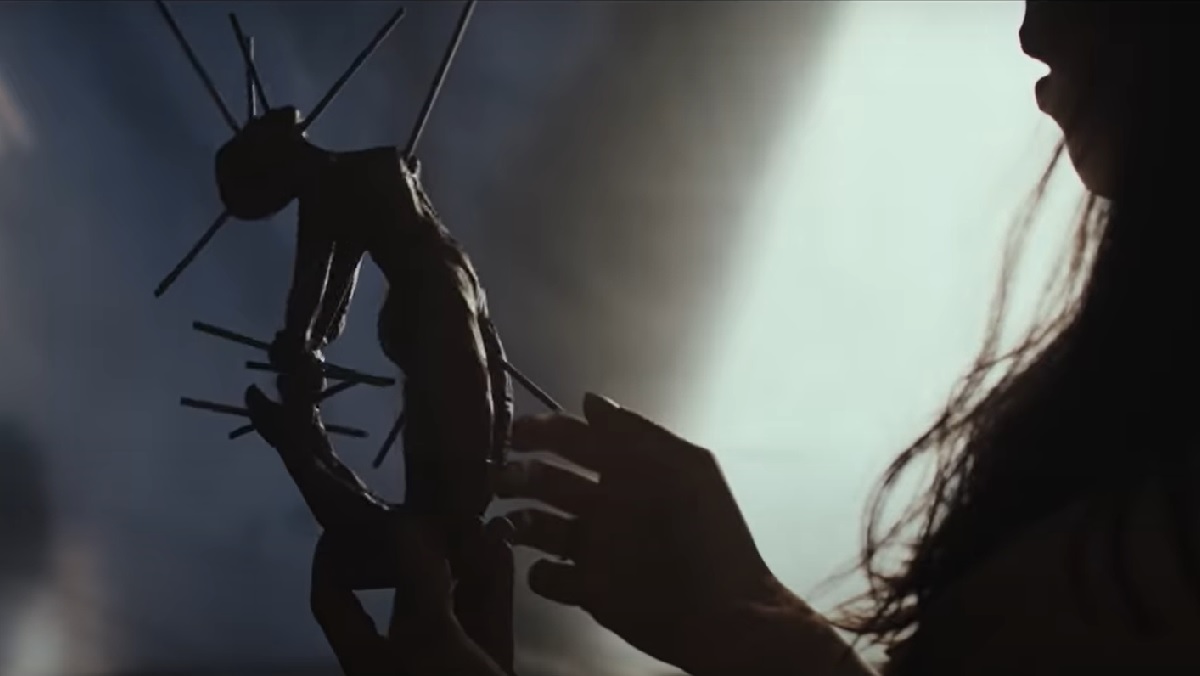 This trailer gives a delightfully chilly atmosphere throughout, as Hall recites some poetic text about houses and hauntings. We see little dashes of things, perhaps just out of the corner of her eye, that would indicate something is in the house with her. Or maybe it’s the house itself? Some houses, as Shirley Jackson one wrote, are born bad. Believe me, there’s a lot more going on than you’d guess. If you want a trailer that’s a bit more story focused, have a look at this one here.

Obviously to say too much more would give it away, but I’ll let the official synopsis fill you in.

Reeling from the unexpected death of her husband, Beth is left alone in the lakeside home he built for her. She tries as best she can to keep it together—but then nightmares come. Disturbing visions of a presence in the house calling to her, beckoning her with a ghostly allure. Against the advice of her friends, she begins digging into her husband’s belongings, yearning for answers. What she finds are secrets both strange and disturbing—a mystery she’s determined to unravel.

The Night House will creep into your dreams beginning August 20.