All of THE HAUNTING OF HILL HOUSE Parallels in BLY MANOR

The Haunting of Bly Manor is here and we’re obsessed. The nine-episode Netflix horror series is another rumination on grief, memory, and love, and it had us riveted from the first second. It also had us deep in our feelings about The Haunting of Hill House. The show is an anthology series, each one tackling another iconic horror novel. (Bly is set in the world of Henry James’s The Turn of the Screw.) But knowing Flanagan as we do, we expected some beautiful synergy between both seasons, beyond just the returning cast members.

But we couldn’t have anticipated just how subtly, beautifully, and intrinsically the seasons would connect. Here are all of the parallels we caught between The Haunting of Hill House and The Haunting of Bly Manor. 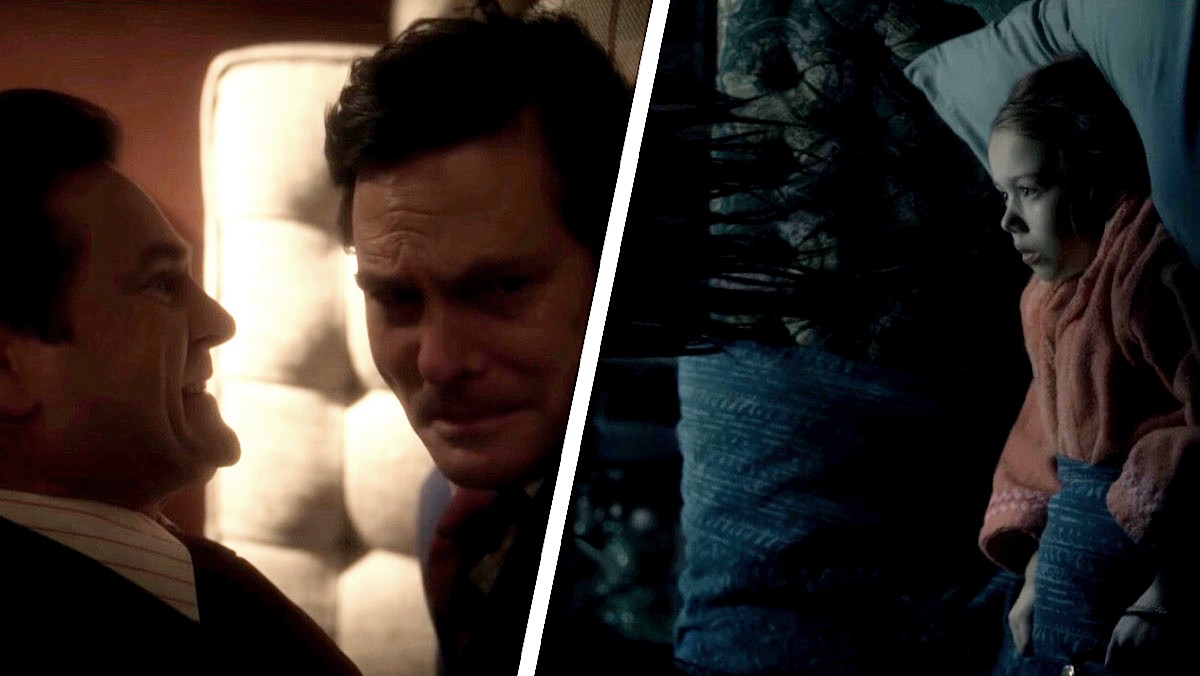 In The Haunting of Hill House, young Eleanor “Nell” Crain is haunted by a ghost she calls the Bent-Neck Lady. We learn in episode five of that series that the Bent-Neck Lady is actually Nell herself, and that her whole life she’s been haunted by the vision of her own death. Likewise, in Bly Manor, Henry Wingrave is haunted by his own doppelgänger. Although instead of his being a vision of his own death, it’s a vision of his evil alter ego, the man he fears he is deep inside.

The Bent-Neck Lady storyline in Hill House is also reminiscent of another bit from Bly Manor. In the final episode of Bly, Dani Clayton is haunted by a specter that signals her own death—much like Nell is haunted by her fate. Both characters are also played by actress Victoria Pedretti. 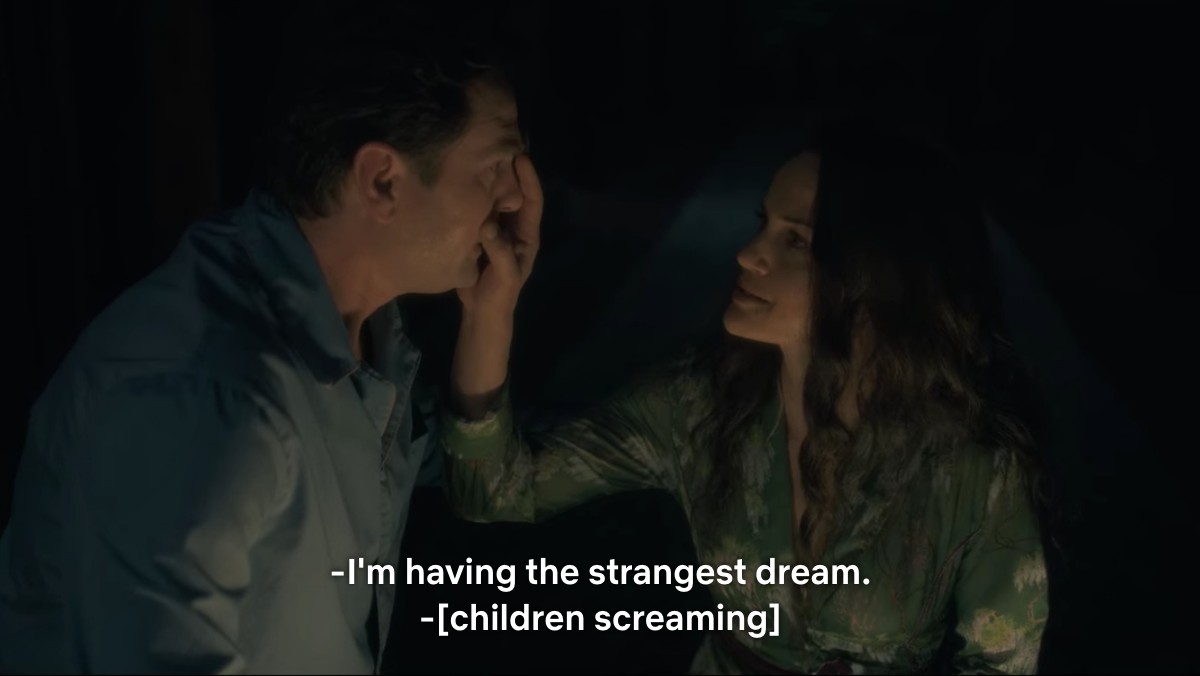 In Hill House, matriarch Olivia Crain is plagued by the titular house, which infects her mind and well-being. In episode six, she finds herself distraught, and tells her husband Hugh, “I’m having the strangest dream.” In Bly Manor, Mrs. Grose is similarly distraught, although for better reason: she’s actually dead, she just doesn’t realize it yet. In episode five of that series, she also tells her love, Owen, that she is “having the strangest dream.”

In Hill House, as Olivia falls further under the house’s spell, she starts to sleepwalk, and often finds herself in troubling scenarios. In one instance, she wakes up to find herself sitting atop her husband holding a screwdriver to his neck. Similarly in Bly Manor, as Dani grows closer to her own death, she starts behaving oddly. One night, she wakes and finds herself on top of her girlfriend Jamie, about to choke her. 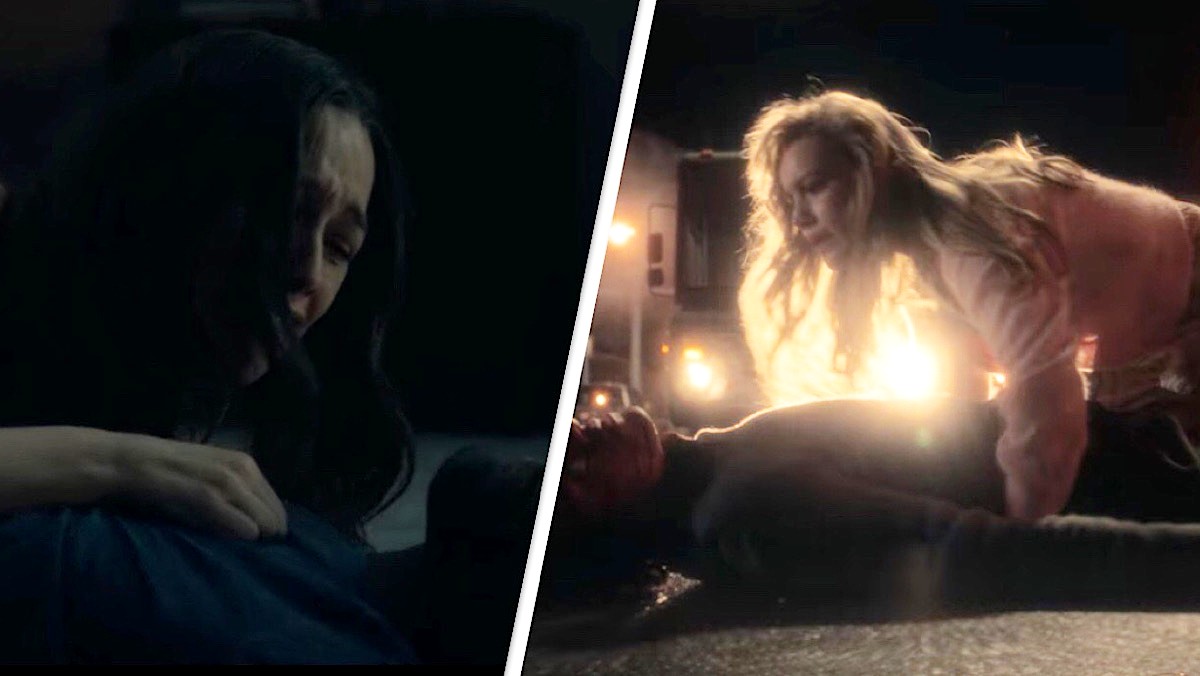 In a flashback moment in Hill House, we see that Nell’s husband Arthur died of an aneurysm. Nell is in the room when it happens, and crouches over his body, sobbing. In a flashback moment in Bly Manor, we learn that Dani’s fiancé Eddie died after he was struck by a truck right after Dani broke up with him. In a similar fashion, she crouches over his body and weeps with grief.

In Hill House, the Crain family patriarch Hugh often repeats the line”I can fix it” when when things go wrong. In Bly Manor, Charlotte Wingrave repeats the same line when her husband discovers she slept with his brother. She’s referring to her marriage.

Olivia Crain and Viola Willoughby are very similar characters. In Hill House, Olivia’s fear over losing her children is so strong that it leads to her death. Her ghost is then obsessed with finding her children and keeping them in the house with her so that she won’t be alone. In Bly Manor, we meet Viola in the 17th century, and learn that after her death—and in her grief—she became obsessed with finding her own daughter and keeping her with her in death. So much so that she traps and kills anyone who stands in her way. 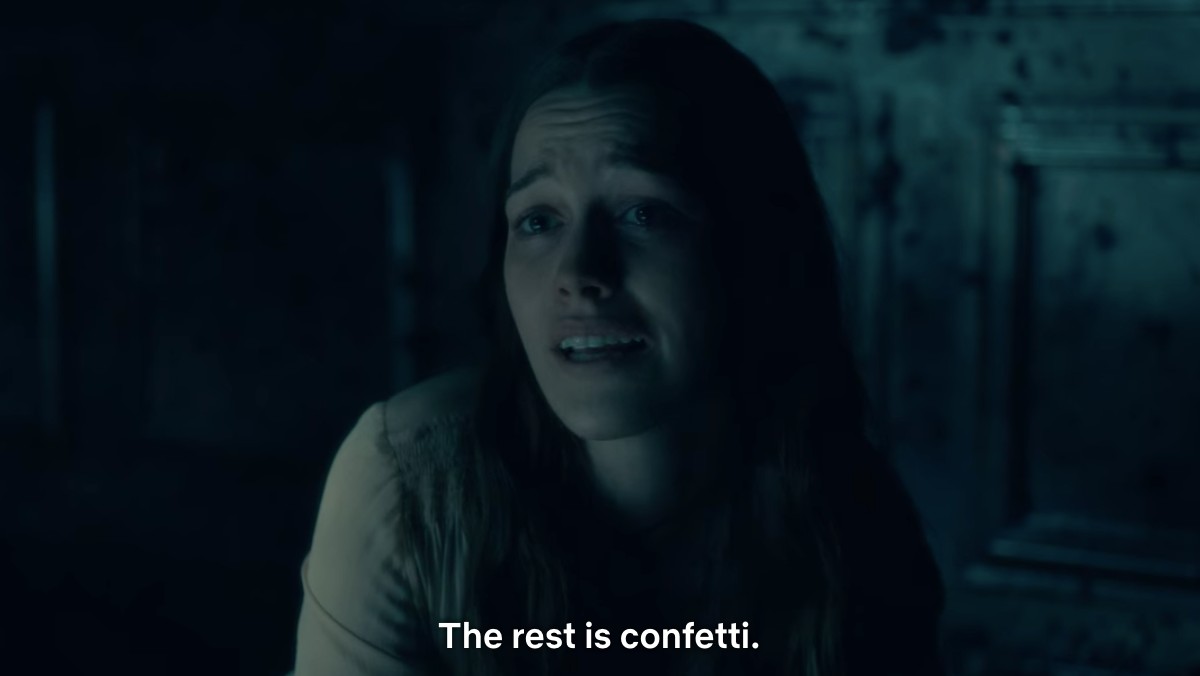 “The rest is confetti”

One of the most memorable lines from Hill House is when the ghost of Nell tells her siblings, “The rest is confetti.” She’s referring to all of the little things in life that sprinkle over our life, leaving behind the great big moments that matter more. In Bly Manor, the ghost of Hannah Grose tells Henry to tell her love Owen, “I love him, and the rest, well it’s just…” She never finishes her sentence, but Haunting creator Mike Flanagan confirmed on Twitter that she was going to say, “The rest is confetti.”

In Hill House, the ghost of Nell tells her siblings, “There is no without. I’m not gone.” In Bly Manor, little Flora says of her deceased parents, “Dead doesn’t mean gone.”

“Nothing bad will ever touch them again”

In Bly Manor, when Peter Quint is trying to convince Miles to let him possess him so that he can escape the house, he tells him, “Nothing bad will ever touch you again.” This is almost verbatim what Olivia says in Hill House when she talks of wanting to kill her own children so they won’t grow up and experience pain. 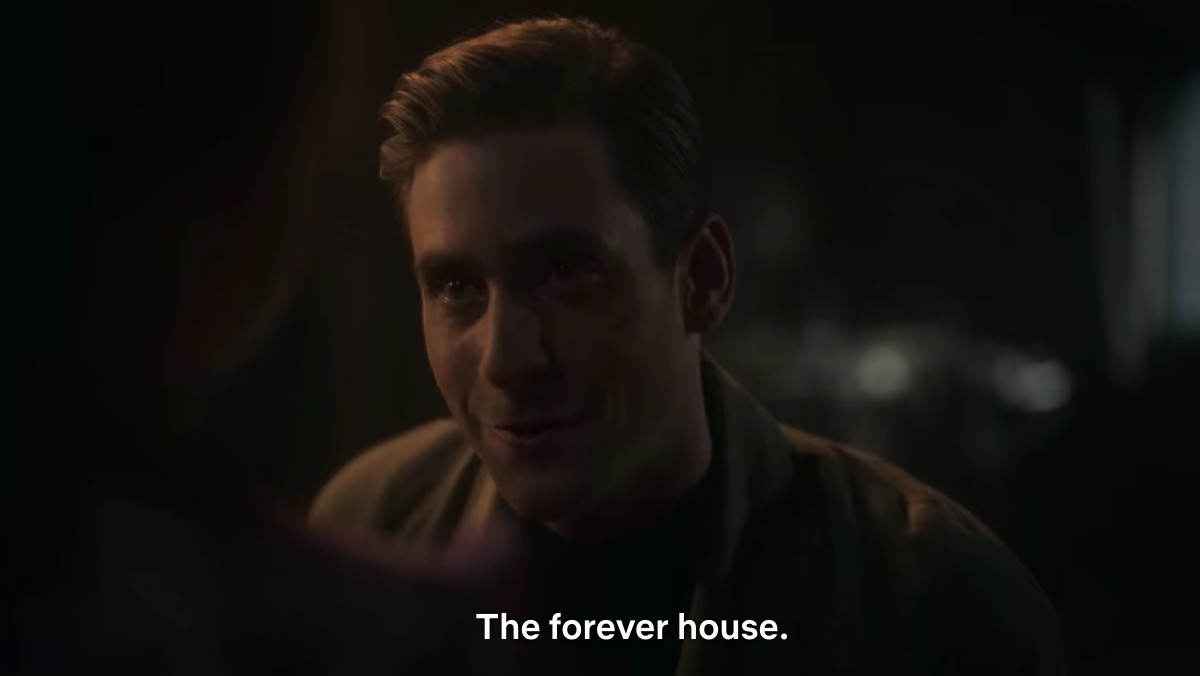 In the same sequence in Bly Manor, Peter also refers to the memories the children will escape to as their “forever house.” In Hill House, Olivia is obsessed with her own “forever house,” where the family plans to move after renovating their haunted mansion.

“We’re all stories in the end”

There’s a scene in episode two of Hill House where Olivia comforts her daughter Shirley after she loses a pet kitten. “We’re all stories in the end,” she tells her, after a speech about how we keep things alive by telling stories about them. This echoes Jamie’s speech to adult Flora in the finale of Bly Manor on the eve of her wedding.