The Ghosts in THE NIGHT HOUSE Take Many Forms - Nerdist

The Ghosts in THE NIGHT HOUSE Take Many Forms

I love the state of horror movies these days. Smaller, moodier, more atmospheric and altogether more troubling stories that reflect our fraught times. A lot of us already have nightmares about what’s going on every day; for our escapism to reflect that, it needs to cut right down to the quick. The Ritual director David Bruckner’s new film The Night House premiered at Sundance this weekend and it’s one of the freshest and most upsetting takes on a haunted house I’ve seen in awhile. And this is in a time of ghost movie revolution.

Ghost stories, at their heart, reflect some kind of grief. Even if the ghosts in question have interesting backstories or creepy lore, the story must be more about the subject of the haunting and not the haunter. Reflecting the main character is exactly what The Night House does so beautifully. Rebecca Hall plays Beth, a school teacher in Upstate New York who is in turmoil following her husband’s sudden, and seemingly unprovoked, suicide. Beth is alone in the lake house her husband built and she quickly begins sensing a presence in there with her. It might all be a dream, of course. But, what if it isn’t? 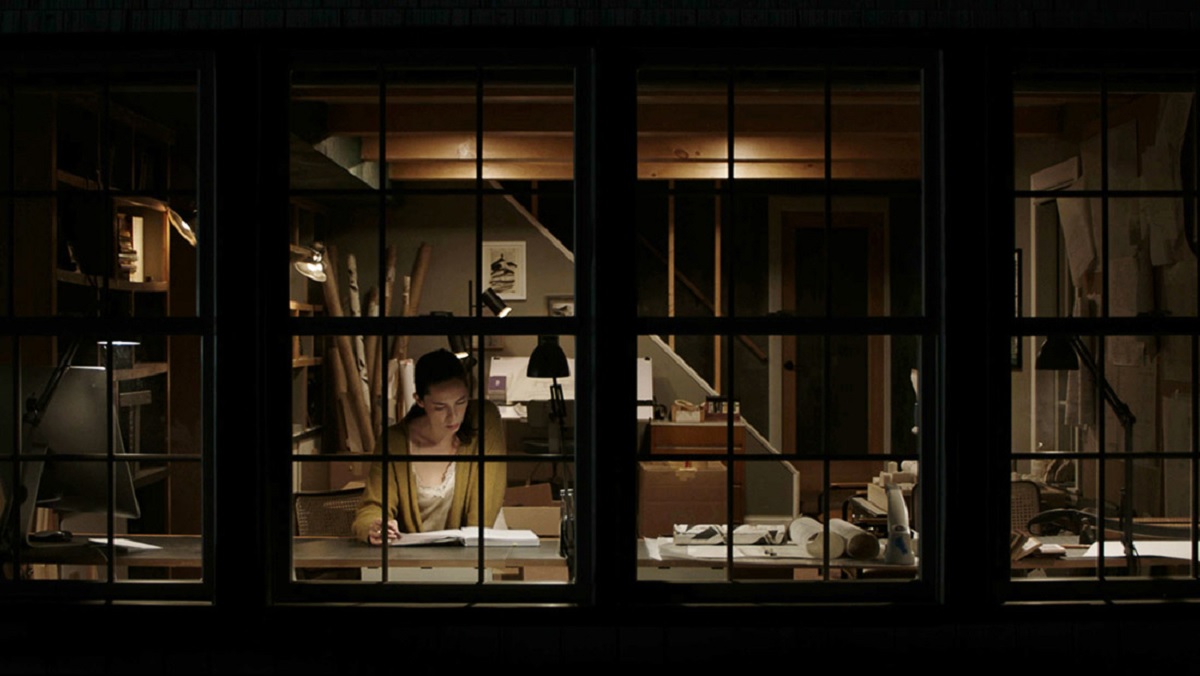 Beth’s friends are, of course, very worried about her. Specifically her best friend Claire (Sarah Goldberg) who pleads with Beth to stay with her, or at least get away from that house. But Beth can’t let the past alone, and she soon discovers hints her husband was not as open with her about his life as she thought. She finds pictures of other women on his phone and computer, but women who look suspiciously like her. And she even finds strange old occult books in his belongings.

The screenplay from Ben Collins and Luke Piotrowski and the direction from Bruckner play on the uncanny nature of houses at night. You live there; it’s literally home, and yet there’s something so eerie and uncannily different about an empty house in the dark. As Beth learns more about her husband, and has more and more terrifying hallucinations, the house itself begins to feel oppressive and sinister. But not in the Gothic, Hill House way; more in the way something familiar can look different in a different light. Or someone. It’s amazing when architecture is as frightening as evil spirits.

Hall gives a staggeringly good lead performance. Beth isn’t afraid of what she finds, but instead treats every new discovery with a mix of anger, despair, and longing. She hopes her husband is still there with her, even after finding the proverbial skeletons in his closet. Beth’s biting sense of humor shines through her grief as well, giving some very dark moments some levity, resulting in nervous laughter all around.

The Night House is a truly unpredictable experience and there’s just as much tension and horror in the very earthly discoveries as the supernatural ones. It keeps the audience guessing from beginning to end and has some of the most effective jump-scares and “Oh crap” moments I’ve seen in a scary movie lately. For folks that love their scares sudden and their mysteries twisty, this is definitely a movie to check out.