The Next D&D 5E Supplement Revealed: GHOSTS OF SALTMARSH - Nerdist

The Next D&D 5E Supplement Revealed: GHOSTS OF SALTMARSH

The Dungeons & Dragons team has been coyly hinting at what the next book will be, and have gone so far as to suggest it would have a nautical theme on social media. Sharp-eyed viewers of the D&D Beyond Twitch stream scoped a lot of similarities between the text on a few sample pages and elements from The Sinister Secret of Saltmarsh, a classic D&D adventure. 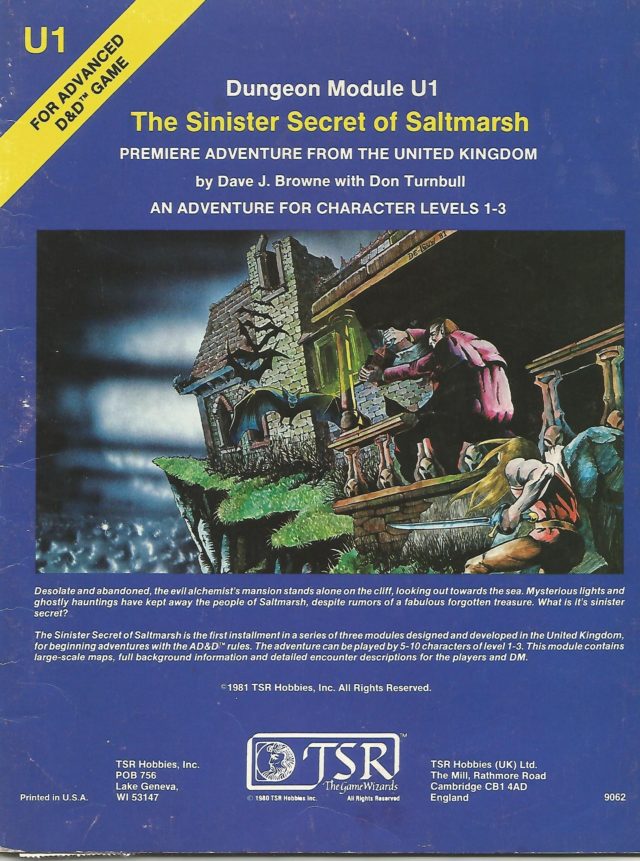 Maybe Dungeons & Dragons story designer (and beloved DM) Chris Perkins was onto something:

Putting aside the 100s of modules in Dungeon magazine, I recommend U1, The Sinister Secret of Saltmarsh. #WOTCstaff https://t.co/yKUhu5xCW4

It’s no surprise then that the team has been working on bringing the classic module to the new D&D audience. On Sunday, Amazon posted a product page for Ghosts of Saltmarsh.

From the product page:

Ghosts of Saltmarsh brings classic adventures into fifth edition Dungeons & Dragons. This adventure book combines some of the most popular classic adventures from the first edition of Dungeons & Dragons including the classic “U” series, plus some of the best nautical adventures from the history of Dungeon Magazine: Sinister Secret of Saltmarsh, Danger at Dunwater, Salvage Operation, Isle of the Abbey, The Final Enemy, Tammeraut’s Fate, The Styes.

• Ghosts of Salt Marsh includes a variety of seafaring adventures, enough to take characters from level 1 to level 12.

• This supplement introduces the port town of Saltmarsh, the perfect starting point for a nautical campaign.

• Each adventure can be played individually, inserted into your ongoing game or combined into a single epic nautical campaign.

• Dungeon Masters will find rules for ships and sea travel, deck plans for various vessels, an appendix with rules for new and classic monsters, and much more. 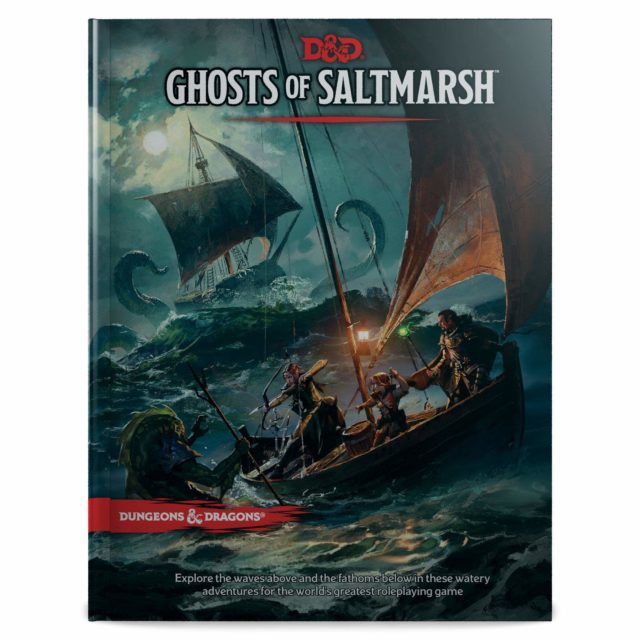 The book looks to be a collection of classic adventures like  Tales From The Yawning Portal that can be run individually or with a narrative structure as a full campaign. The ‘U’ series of modules (Sinister Secret of Saltmarsh, Danger at Dunwater, The Final Enemy) are all part of the book, along with several other sea-themed adventures from different eras of the game. Amazon’s street date is May 21st, but it’s likely it will hit local game stores early in accordance with other Dungeons & Dragons releases.

What is your favorite seafaring game? Let us know in the comments!