Exploring strange new worlds and seeking out new life and civilizations requires bold adventurers. While space might be the final frontier, it’s also the most dangerous. Only the toughest and bravest individuals can survive. Yet they can only do that by working together as a team. Everyone on board a Starfleet ship must pull together towards one common goal. Especially when the life of everyone in the crew is at risk. It’s not an environment for selfish people who only think about themselves. Unless they are in an SNL sketch about the most annoying Star Trek characters imaginable. Then it’s pretty great.

Saturday Night Live presented its take on a modern Star Trek series. It features guest host and Promising Young Woman Oscar-nominee Carey Mulligan, alongside cast member Mikey Day. They play two recent, rich Starfleet academy grads whose every need must be met at all time. Because they’re not okay with any situation or any person—not even the ship’s captain—that doesn’t treat them like precious Faberge eggs.

Their entitled “me first” attitude is annoying in almost any circumstance. But there’s absolutely no time for that nonsense when a dead ship is careening towards a black hole. Or at least there shouldn’t be. Unfortunately Mulligan’s easily aggrieved McKenna can’t handle even the most mild of criticism after her obviously stupid idea is shot down. 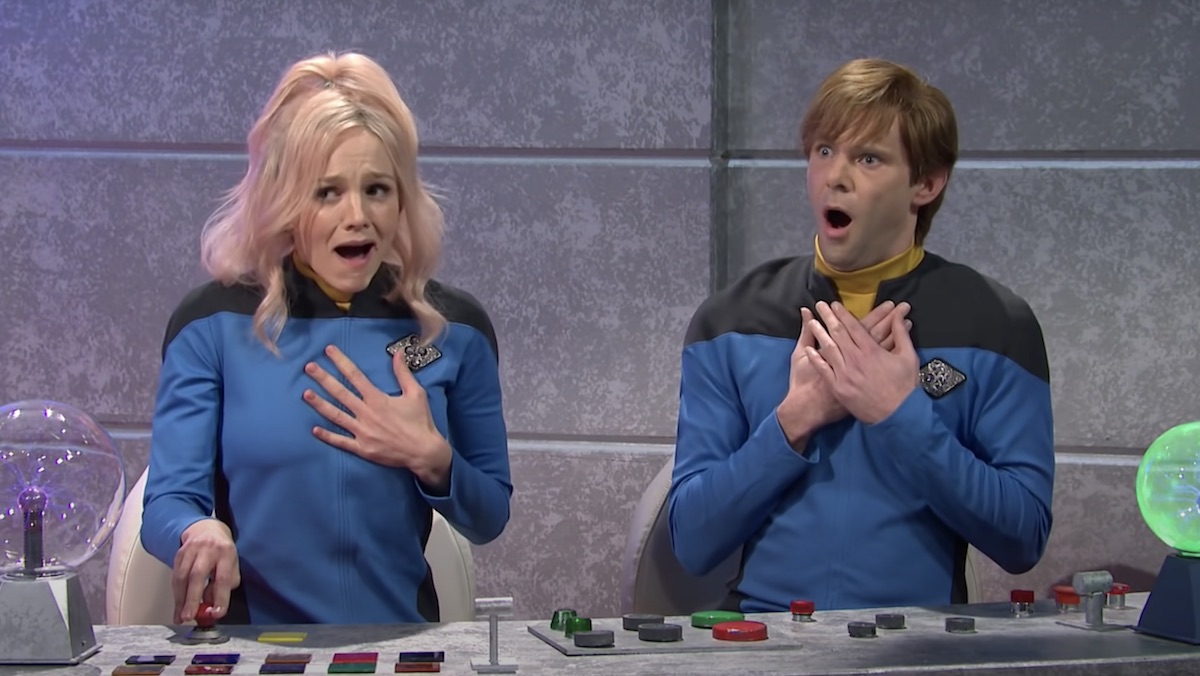 That leads to a whoooooole thing, as Day’s equally overdramatic Zachary feeds into McKenna’s silliness. What follows are the two weaponizing buzzwords that have no meaning in the context of the situation. You can’t worry about a “toxic workplace” when you’re literally moments away from death. “Death” definitely trumps “my boss was a little short with me” in any situation.

If you know someone who is exactly like these two, then this sketch works perfectly. But if you don’t see any problem with McKenna and Zachary’s actions? Well, maybe don’t enroll in Starfleet.