THE MANDALORIAN Season 2 Trailer Puts Baby Yoda on the Line

We’ve been chomping at the bit for any new information about the upcoming season of Disney+’s The Mandalorian. The live-action Star Wars series won us over when it debuted last year. In fact, it won the whole world over. A lot of that’s due to our obsession with the Child, a.k.a. Baby Yoda, that youngling Force-using green toddler. Who could resist such an adorable creature?

Not the eponymous Mandalorian, that’s for sure. The first season was all about the bounty hunter’s draw to this little being he was meant to capture and hand over. That didn’t stick and now they’re a duo. And that partnership is on full display in the first trailer for The Mandalorian season two.

“Wherever I go, he goes,” says Din Djarin (Pedro Pascal), our titular antihero about the Child. That’s about all we get in terms of plot in this trailer—outside of another reference to “a race of enemy sorcerers” otherwise known as the Jedi. That’s who the Mandalorian is tracking down, to either return Baby Yoda to his own kind or help him learn more about where this kid comes from. And, like always, this journey puts the little guy in danger. Will we finally learn more about the Yoda species? Maybe even head to their home world? We sure hope so!

While there isn’t a ton of official information available about season two of The Mandalorian, there are pretty substantive rumors that we’re about to see live-action versions of characters like Ahsoka Tano, Bo-Katan Kryze, and maybe even Captain Rex. It’s also likely that we’ll see the return of the most famous Mandalorian-armor-wearing dude in the galaxy, Boba Fett.

In addition to the trailer, Disney+ also released a new poster for the second season of The Mandalorian. 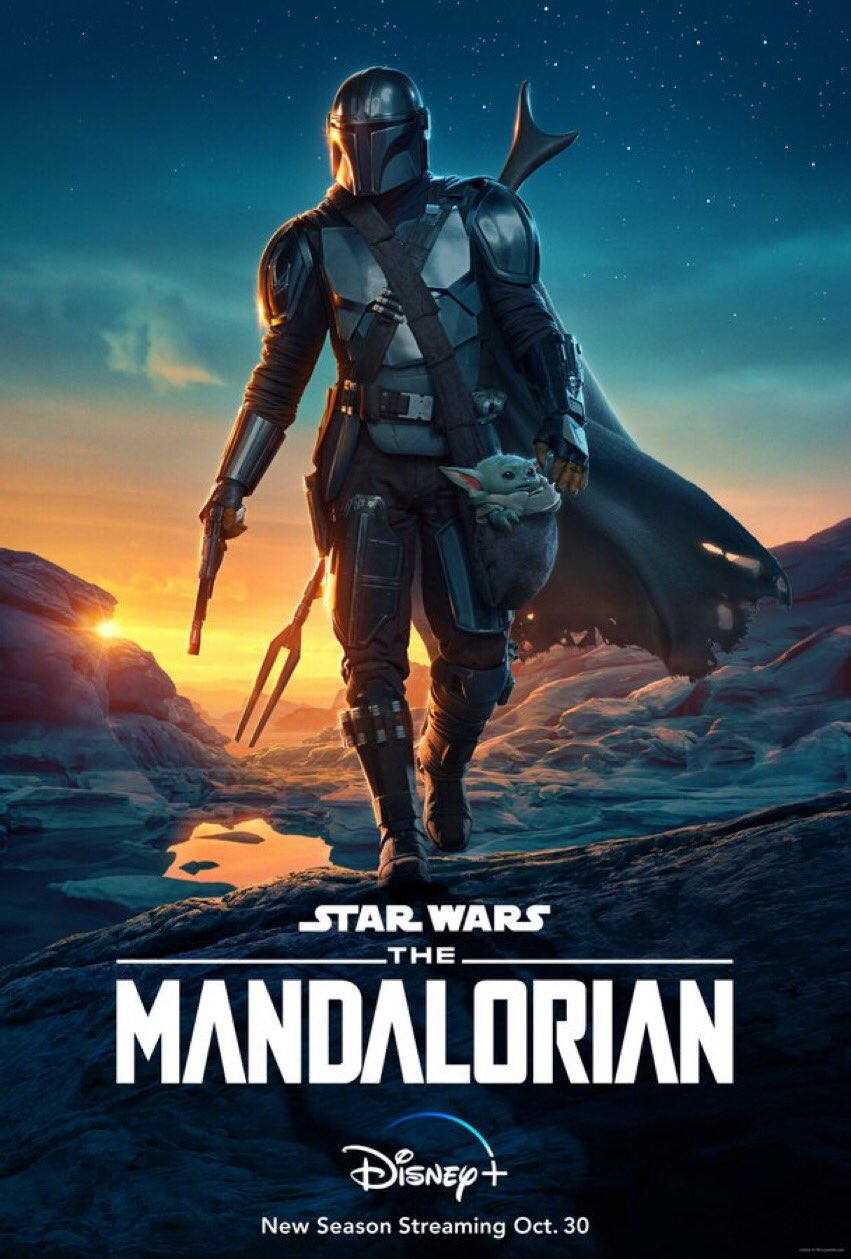 Where are they in this poster and what else is going on in that trailer? We’ll know more when The Mandalorian‘s second season begins streaming on Disney+ on October 30.