Could Captain Rex Join THE MANDALORIAN Too? - Nerdist

Could Captain Rex Join THE MANDALORIAN Too?

News that Ahsoka Tano, the fan-favorite former Jedi of animated series The Clone Wars and Rebels, will make her live-action debut on Disney+’s The Mandalorian season two has fans pretty amped. The prevailing theory right now is that Rosario Dawson will assay the role of the post-Rebellion Snips. But that means more of the animated Star Wars characters could make their way to live action. And some savvy fans have found a possible hint to who; fittingly, it comes from Dave Filoni himself. Kind of. 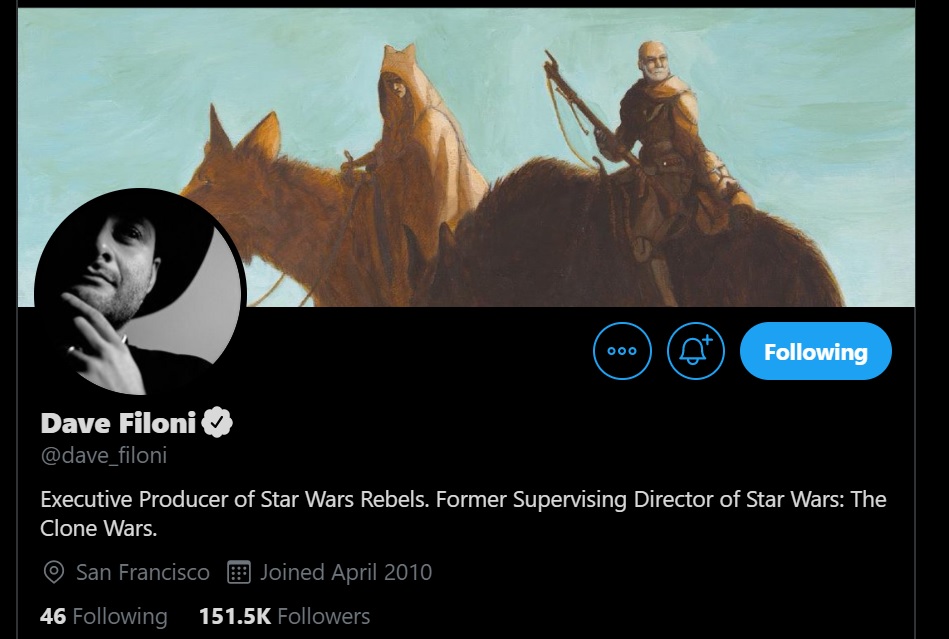 Over the weekend, ComicBookResources shared a piece calling for everyone’s favorite (we checked) retired Clone Trooper, Captain Rex, to join the live-action universe. We agree! It’d be great to have Rex, old bald and beardy in the Rebels timeline, show up somewhere on The Mandalorian. Rex, of course, is a clone of Jango Fett, a bounty hunter who used Mandalorian armor and teachings in his various hunting. Surely Din Djarin’s interactions with such a person would be interesting.

But this is just an opinion, of course. However, Filoni himself seems to be tacitly hinting at such a crossover. On his own Twitter profile, the creator changed his banner to what looks to be concept art of a cloaked Ahsoka Tano and another person on pack animals, in some kind of desert. There’s no two ways about it; that’s a bald and bearded man. Ergo, it’s gotta be Captain Rex. I mean, context clues.

So this could, of course, be just a drawing. Or it could point to the oft-hoped-for animated continuation where Ahsoka and Sabine Wren (another Mandalorian; interesting) continue their search for Ezra Bridger after the events of Rebels. But, if we’re putting together the pieces, given the recent Ahsoka news, I feel like this has to mean Rex is on the table for The Mandalorian as well. And wow, Clones sure live a long time if that’s the case. Even if we believe the fan theory that the white-bearded Rebel on the Battle of Endor in The Return of the Jedi is Captain Rex.

Which brings up an interesting point. If Rex is going to make it to live-action, it has to be Temeura Morrison, right? Rex is a clone of Jango Fett, after all. And Morrison is currently bald already, as evidenced by movies like Aquaman. In any case, the more the Clone Wars and Rebels universe crosses over with the live-action, the happier we’ll be. Hell, they did give us live-action Darksaber after all. That has some pretty specific Mandalorian implications.

The second season of The Mandalorian is scheduled for release who-knows-when, because the Coronavirus is killing the world and nobody can make anything. We hope you all are staying safe and entertained. Here are some things to watch if you’re bored, or even if you’re not! Enjoy!

Kyle Anderson is the Senior Editor for Nerdist. He’s doing the best he can, just like anyone during this. You can find his film and TV reviews here. Follow him on Twitter!