When Luke Skywalker swept into The Mandalorian, black cloak billowing in glorious action scenes, fans lost it. The Star Wars hero showed up to take Grogu, a.k.a. Baby Yoda, from Din Djarin for Jedi training. And though Mark Hamill did reprise his role as Luke, the Disney+ series obviously didn’t use his face. The episode also didn’t use Hamill’s voice. We learned that revelation from series creator Jon Favreau in Wednesday’s episode of Disney Gallery: The Mandalorian. 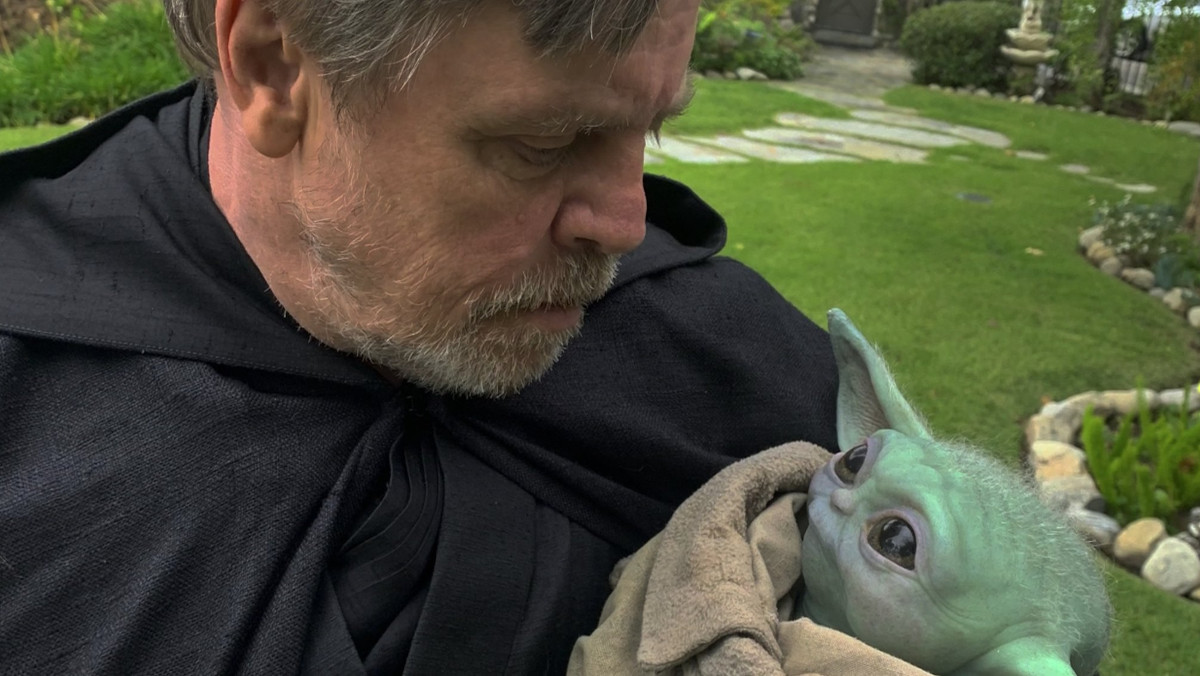 This installment of the behind-the-scenes series focused entirely on The Mandalorian‘s season two finale. And they go deep into the technical moves required to bring Luke believably into The Mandalorian, a story that takes place after the events of Return of the Jedi. And in Earth time, that’s about 40 years ago. So Hamill was indeed on set for the finale, but the show obviously used technology to de-age the actor (though they strongly considered using deepfake technology). We get that. But they also used voice cloning software called Respeecher to record Luke’s lines (via Uproxx). Hamill is a talented and prolific voice actor, so… why?

Apparently the team decided they specifically wanted Luke’s voice from the original Star Wars trilogy era. To nail Hamill’s early ’80s sound, they turned to Respeecher. The Mandalorian sound editor Matthew Wood appeared in the behind-the-scenes show and explained they “taught” the neural network Hamill’s voice from that era. They used clean recordings of ADR from the original movies, Star Wars radio plays, and even a book on tape Hamill recorded in that era. Then they fed Respeecher all that data and sampled and sliced Luke’s dialogue from the results.

The Luke that appears in The Mandalorian certainly sounds like the Luke we know from the original trilogy. And they likely (possibly?) considered Hamill voicing Luke. Still, we’re happy that some part of the Luke in the series was actually Hamill.