Warning: This post contains major spoilers for episode five of The Mandalorian. 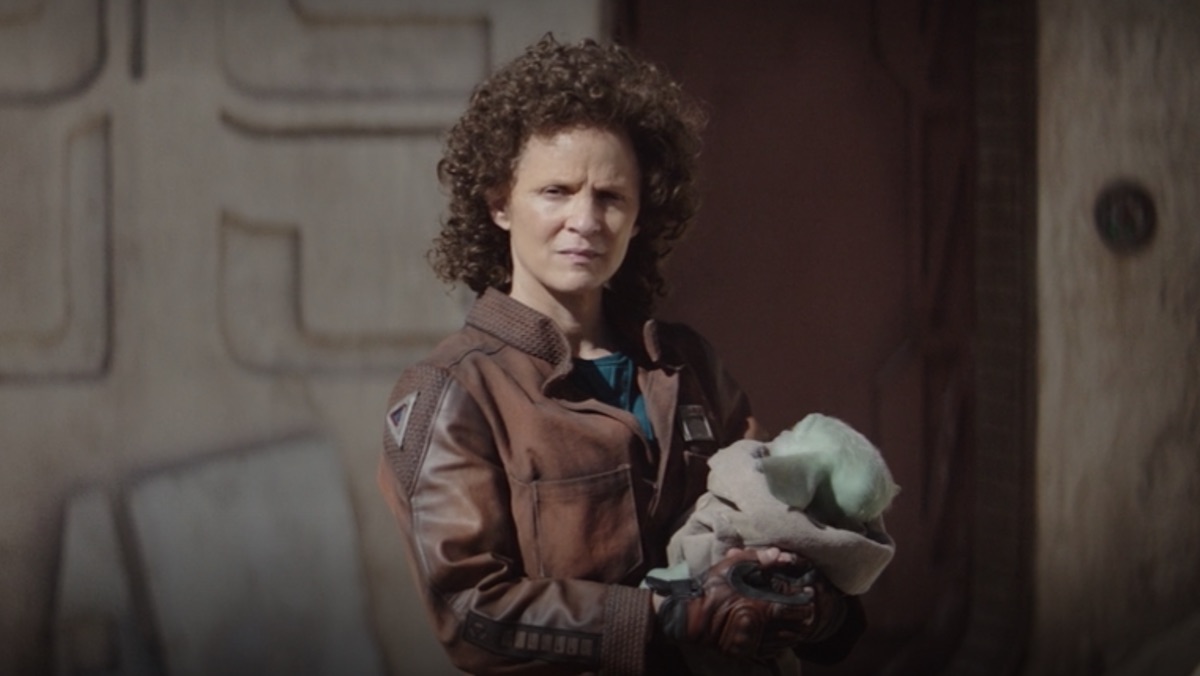 Based on social media, Baby Yoda’s current approval rating stands at roughly 108%. And that number feels low. The wee little green fella has been an unexpected and unifying gift to Star Wars fans. He’s adorable but powerful, funny but a bad ass, and his very existence adds to the lore and mystery of the galaxy far, far away. Plus he coos all the time, likes soup, and wears a big comfortable sweater. We truly love everything about him. However, through the first four episodes of The Mandalorian one thing had been bothering us—no one on the show was reacting to the Yodaling the way we would if we met him. Fortunately in episode five, Amy Sedaris‘s mechanic Peli Motto finally showed Baby Yoda the kind of affection he should always get from everyone.

You know that feeling you get when you see the best dog in the world? It’s an overwhelming sense of joy that compels you get down on your knees to pet their wonderful puppy head. You have no choice either. You must show them love. That’s how everyone on The Mandalorian should be reacting to Baby Yoda at all times. He is impossibly delightful with his big eyes, bis ears, and big smile. If we ever met him we’d be worried about hugging him too hard. And Mando would probably need to threaten us with disintegration before we gave him back. 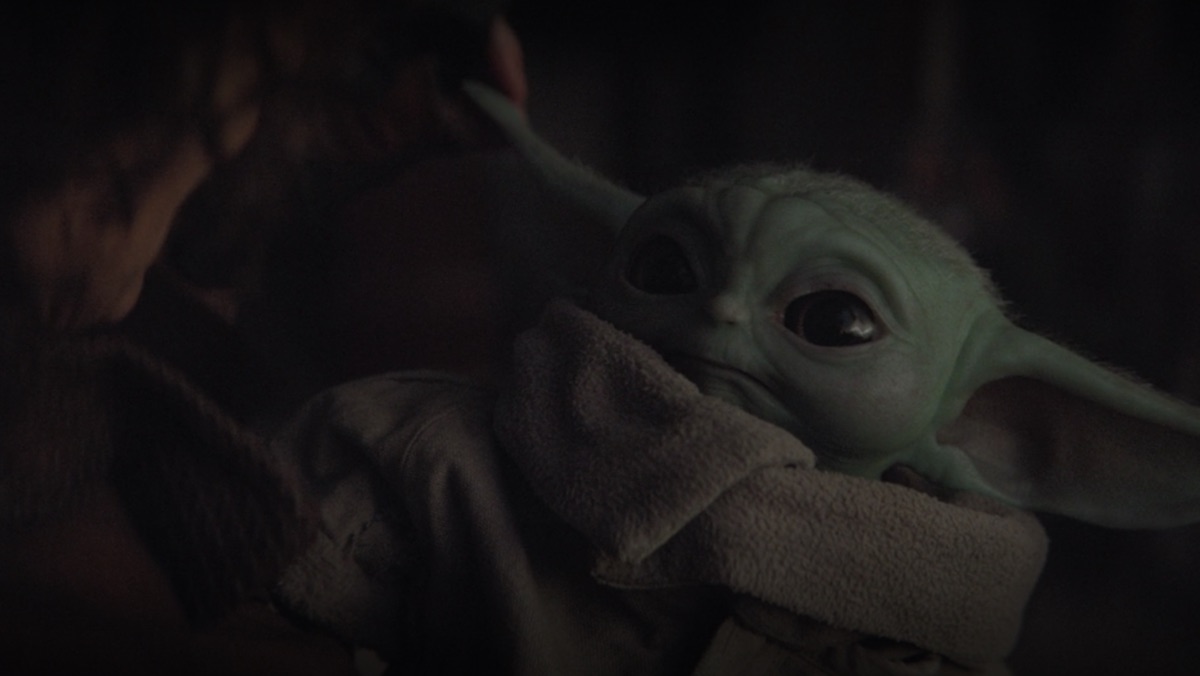 It has been insane (insane!) that every character on the show who meets him isn’t fighting to hold him like the precious child he is. The only characters who even remotely grasped how special he is were the children of Sorgon where the Mandalorian sought sanctuary in episode four. But they wanted to play with him, whereas we want to hug him and look after him.

That’s exactly what Tatooine mechanic Peli did. She saw Baby Yoda walking—the single most adorable thing he does—and she reacted the way any normal functioning creature with a soul would. She picked him up, rubbed his little green head, and played with his ears. Then she cared for him until he was able to finally get to sleep. Peli also did one other thing we’ve been desperate to do—she called out Mando for some pretty substandard parenting skills.

We know Mando risked his life and gave up his job to save Baby Yoda because he cares for him, but as a father he’s suspect. Actually he’s downright reckless. He left a child, who is being hunted by very dangerous people, alone on a spaceship in the middle of Mos Eisley. Mos Eisley! With all its scum and villainy! And this was after he inexplicably brought the baby with him to battle the Mudhorn. What’s next? Dropping him off at the daycare on Mustafar?

Does anyone know if the New Republic has a child services number we can call or…?

Baby Yoda must be protected against former Empire officials and midichlorian mining doctors, and the Mandalorian is great for that. Like all children though he must also be protected from heights, sharp corners, and strangers, so baby proof that ship. Baby proof that ship. And then give that little green guy the biggest hug you can for being the best child in any galaxy.

That’s all we want to do. Since we can’t though, it was nice to finally see someone do it.