On May 4, The Los Angeles Public Library’s celebration of AAPI Heritage Month commenced festivities with something they call “TEENtastic Tuesdays.”  One of the teen bands performing was L.A.’s own the Linda Lindas. The group describes themselves as “Half Asian / Half Latinx. Sisters, cousins and friends who play music together because it’s fun!!” Their song “Racist, Sexist Boys” went viral after Rage Against the Machine‘s Tom Morello shared it on Twitter. From there, it was off to the races.

Don't mess with The Linda Lindas.

Now, Variety is reporting that the band has just signed on to label Epitaph Records. And some of the band’s members aren’t even in high school yet! Or even in middle school for that matter. You can check out the full video that propelled the Linda Lindas into the big time right here:

The Linda Lindas are a quartet made up of Mila, age 10; Eloise, age 13; Lucia, age 14; and Bela, age 16. They refer to themselves as “embodying the spirit of original punk, power pop and new wave through today’s ears, eyes and minds.” Forty years after the all-girl punk band the Go-Go’s burst out of the L.A. punk rock scene, it’s nice to see that their spirit is still felt in the city that put them on the map. Yes, the Go-Go‘s went “pop” pretty quickly after landing a record deal, but they did start out as a punk band. 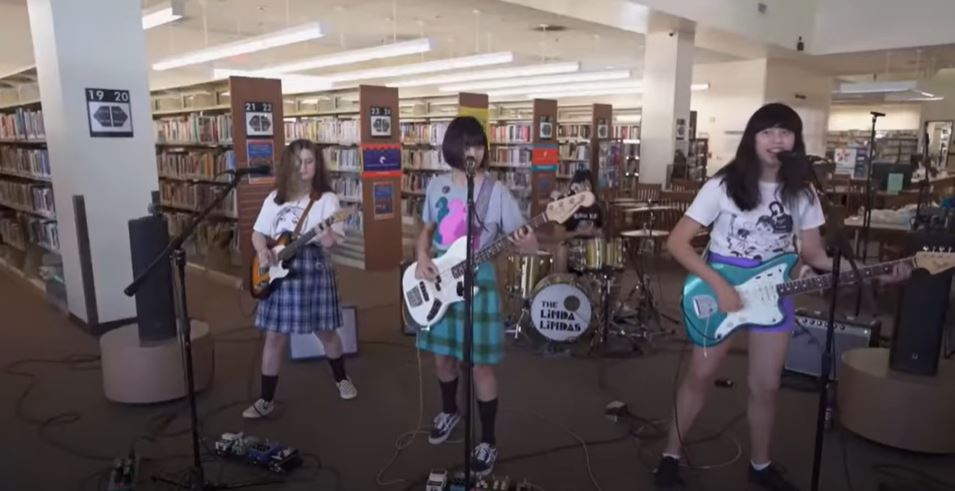 A big influence on the Linda Lindas is the legendary Bikini Kill. And Bikini Kill took notice, and had the Linda Lindas open for their string of reunion concerts in 2019. This is only a year after the band got together. This means that one band member was actually in elementary school at the time. I’d say opening up a show for a band at the Hollywood Palladium qualifies as way past her bedtime. But punk rock is all about breaking the rules right? That means staying up late on a school night. And kicking all kinds of ass on stage.