October is the perfect time of the year to indulge in some very good horror films and though it isn’t out for a couple of months, one of the best of 2019 is just around the corner. Daniel Isn’t Real comes from the producers of the cult smash Mandy and the first trailer for the psychological thriller promises a similarly surreal ride alongside some serious scares.

From Shudder, Ace, and Samuel Goldwyn Films, Daniel Isn’t Real is a horror-thriller that plays on a near-universally relatable topic, having an imaginary friend. “Troubled college freshman Luke (Miles Robbins) suffers a violent family trauma and resurrects his childhood imaginary friend Daniel (Patrick Schwarzenegger) to help him cope. Charismatic and full of manic energy, Daniel helps Luke to achieve his dreams, before pushing him to the very edge of sanity and into a desperate struggle for control of his mind — and his soul.” The film also stars Sasha Lane, Hannah Marks, and Mary Stuart Masterson. The official description gives audiences an idea of the core conceit that drives the flick, but can’t quite express the disconcerting atmosphere that emanates off the film thanks to director Adam Egypt Mortimer. Luckily, the trailer does a great job at teasing what Daniel Isn’t Real has to offer.

Based on the book In This Way I Was Saved by the film’s co-writer Brian DeLeeuw, Daniel Isn’t Real has already been a hit on the film festival circuit with our own Lindsey Romain calling it “a bold meditation on mental illness” and giving the boundary-pushing genre flick 4/5 in her review from this year’s SWSX festival. The film’s depiction of mental health struggles has been a topic of conversation throughout the year with Romain ruminating, “I’m not sure the film is wholly responsible with its depiction of mental illness—psychiatric meds don’t work on Luke and there’s a feeling that maybe he’s a more interesting person when Daniel shines through—but it’s never entirely dishonest. Films about mental illness don’t need to be wrapped in a bow or hand-holdy; sometimes warts-and-all is the right call. It certainly is here, in the light-flickering halls of Luke’s disordered mind, a visualization I’ve never quite seen before and won’t soon forget.” 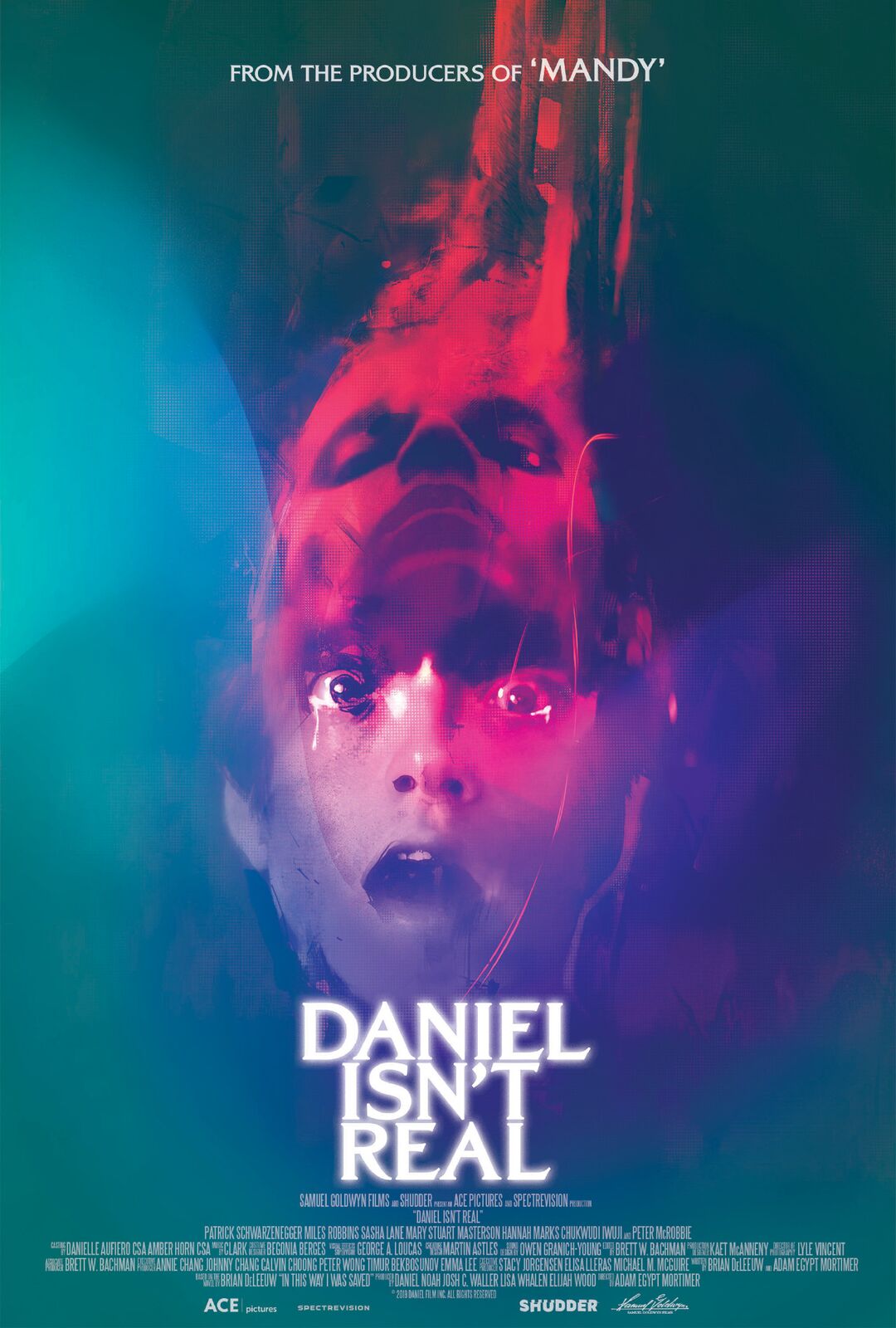 Miles Robbins already proved that he has horror chops in last year’s blockbuster Halloween reboot so it’s nice to see him taking a co-lead role, alongside Schwarzenegger who shimmers with threat as the imaginary friend who is now all grown up for better or (more likely for) worse. Shudder has been doing the work to put out interesting, exciting, and unusual films with the popular horror streamer responsible for finally bringing One Cut of the Dead to U.S. shores and theaters earlier this year. Daniel Isn’t Real continues this trend and could be a word of mouth hit in the barren cinematic-horror wastelands of December. Until then, just mainline this creepily cool trailer to keep you going until the movie hits later this year.

Daniel Isn’t Real is in theaters, On Demand and Digital December 6, 2019