Shudder Is Bringing ONE CUT OF THE DEAD to Theaters (EXCLUSIVE)

There aren’t many films that make over 1000 times their initial budget but Japan’s One Cut of the Dead did. Made for just ¥3 million ($25,000), it became a word-of-mouth smash making $30.5 million worldwide. The cult hit has been winning awards and accolades on the festival circuit since its release in 2017 but has been hard to see if you live in the US… that is until now. Shudder is once again bringing another horror gem to screens; the film hits the streaming service this Autumn, but first Shudder will be releasing the film in its US theatrical debut. We’re big fans of the flick and are excited to exclusively debut the trailer here!

The hyper-meta film centers on the crew of a low budget zombie movie who are trying to shoot their magnum opus when a real zombie apocalypse begins and the director Higurashi (Takayuki Hamatsu) can’t believe his luck. Gonzo filmmaking at its finest! One Cut of the Dead relishes in its own limitations and is completely inventive, utterly addictive, and very very silly.  The film originally had a very (very, very) limited run but garnered massive praise and a huge amount of traction.  It became the seventh biggest domestic film of the year in Japan and a genre hit in horror circles. Currently sitting pretty with 100% on Rotten Tomatoes, One Cut of the Dead is hitting Shudder just in time for the most perfect spooky movie season: Fall. 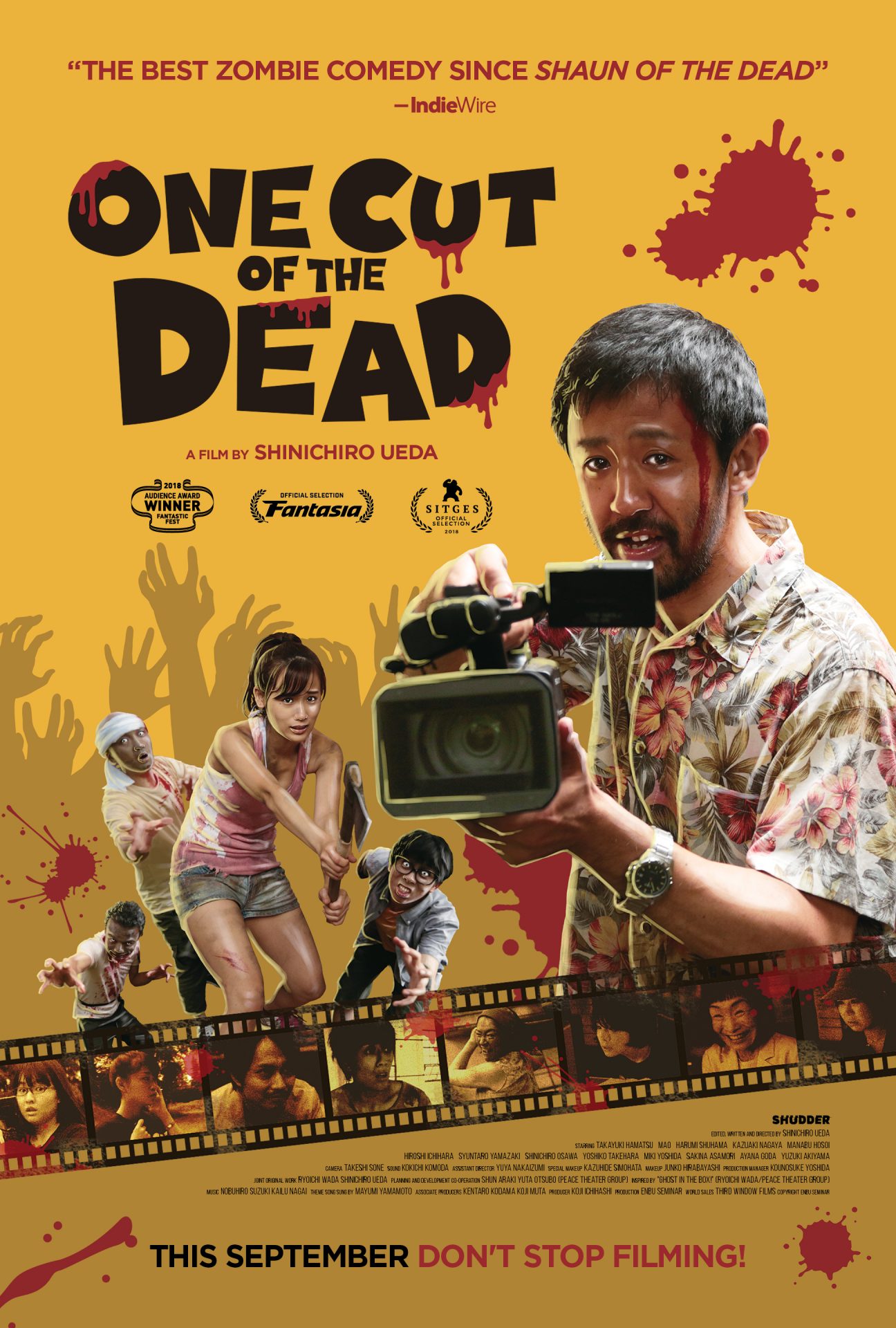 One Cut of the Dead Theatrical Poster (C) Shudder 2019

It’s incredibly exciting to know that this fan fave horror will hit the mainstream in just a couple of weeks and we can’t wait to see the rest of the world fall in love with the little zombie movie that could. You can check out Once Cut of the Dead in theaters in New York and LA on September 13th, and at a special one-night event at cinemas all across the country on September 17th and you can grab your tickets here. Don’t miss your chance to be part of horror history!!

TAGGED: Japanese Cinema, One Cut of the Dead, Shudder