We’re just a few days out from the South By Southwest Film Festival’s 2019 (SXSW) kickoff and we’re getting hyped. Nerdist will be on the scene to bring you reviews and recaps of some of the most anticipated movies of the festival, including Jordan Peele’s new horror film Us and the new Pet Sematary.

Whether you’re attending SXSW in Austin, Texas, or following from home, there will be a lot of exciting things coming out of the festival this year. We’ve compiled a list of eight films and television shows premiering at SXSW that we can’t wait to see, along with their premiere dates.

Get Out was one of the most talked-about movies of 2017 and immediately cemented Jordan Peele in the pantheon of great horror creators. That’s why we’re so stoked for Us, which looks even more terrifying than his first film. The film is about a family stalked by their doppelgängers while on vacation, and stars Winston Duke and Lupita Nyong’o. We don’t know any more details, and frankly we’re fine with that. This seems like the kind of movie you want to know next to nothing about ahead of time. Us opens the festival with a 6:30 PM screening at the Paramount Theatre.

What We Do In the Shadows
Premieres: March 8, 10 PM

No, we’re not confused. We know What We Do In the Shadows is already a film. But there’s a TV show based on the film coming out this year, and the first two episodes are premiering at SXSW after Us on Friday. Like the film, the TV series is a mockumentary about a group of vampire roommates, only this time it’s set on Staten Island instead of in New Zealand. Taika Waititi returns as an executive producer and will be in attendance, along with showrunners Jemaine Clement and Paul Simms.

Harmony Korine is the controversial filmmaker behind movies like Gummo and Spring Breakers, and he’s back with another technicolor stoner comedy. This one stars  Matthew McConaughey as Moondog, a “rebellious rogue who always lives life by his own rules.” Snoop Dogg, Zac Efron, and Isla Fisher co-star. If it’s anything like Korine’s previous films, we’re in for an ugly, subversive, unforgettable movie.

SXSW is known for its “Midnighters,” or horror films that debut at midnight throughout the festival. This year, the one we’re most excited about is Daniel Isn’t Real; it’s about a traumatized boy named Luke who invents an imaginary friend to help him cope with life. But his imaginary friend, Daniel, takes on a dangerous persona of his own, haunting Luke into adulthood. Director Adam Egypt Mortimer’s previous film Some Kind of Hate proved he has a fascinating eye for horror, so we can’t wait to see what he does here. Miles Robbins stars as Luke and Patrick Schwarzenegger as Daniel. 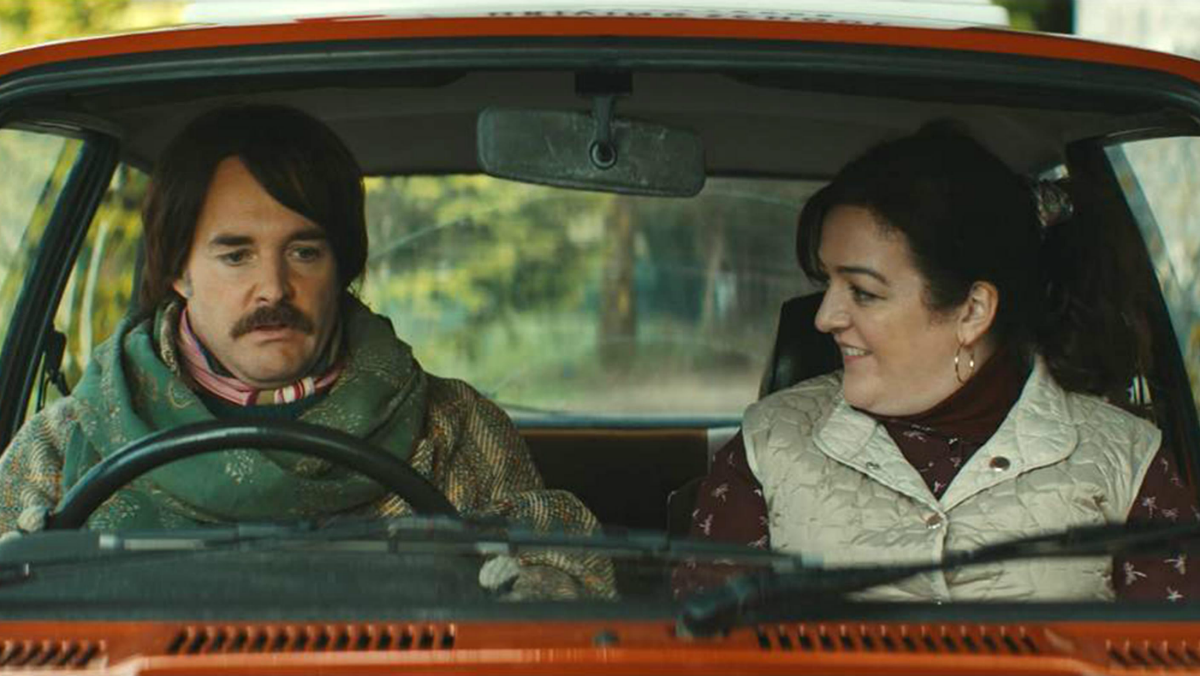 We’re really stoked for this Irish horror comedy, about a woman named Rose who has supernatural abilities she begrudgingly uses to help out locals. When a young girl is hexed by a washed-out rockstar in a pact with the Devil, Rose must set aside her fears to help save the girl. The film looks both hilarious and genuinely creepy, and features Will Forte in a prominent role. What’s not to love?

This teen comedy from writer/director Olivia Wilde stars Lady Bird‘s Beanie Feldstein and Short Term 12‘s Kaitlyn Dever as best friends who, on the brink of graduation, realize all of their hard work to get into Ivy League colleges was worthless since most of their class, including the partiers and burnouts, also got into good schools. Determined to have fun at one high school party at least, the girls use the final blowout of the school year as a chance to make up for lost time. Sounds like a gender-flipped Superbad, and with Wilde at the helm, it’s sure to be a smart, fun time.

Based on the book of the same name by Joe Hill, son of Stephen King, this TV series will premiere its first two episodes at SXSW. The story follows a mother desperate to save her son after he is targeted by a vampiric killer who snatches children and takes them to Christmasland, a place that exists only in his mind. Zachary Quinto stars as the bad guy and will be on-hand, along with Hill and other cast and crew, to premiere the series at the festival.

The closing night film is another one we simply cannot wait for. This is the second big-screen adaptation of Stephen King’s Pet Sematary, arguably his scariest and most brutal novel. Will this version, starring Jason Clarke, live up to the book or the 1989 film directed by Mary Lambert? The studio must have faith in the adaptation since it’s closing out the festival. We’ll let you know what we think when the festival closes next Saturday. 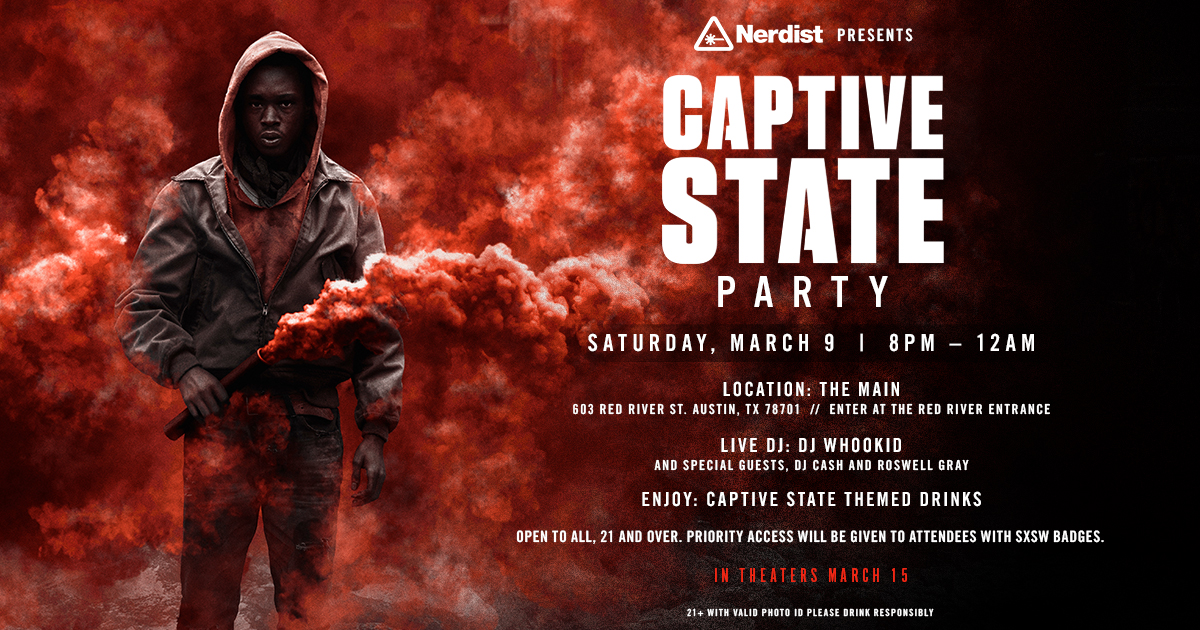 Will you be in Austin for SXSW? Come to our party on Saturday, March 9th! The Nerdist Presents: Captive State Party @ SXSW goes from 8PM – 12AM and will feature live performances by DJ Whookid, DJ Cash, and Roswell Gray. We’ll have Captive State themed drinks on hand to kick your SXSW weekend off right, and you can even say hi to Nerdist Editor-in-Chief Rachel Heine and Nerdist Senior Editor Dan Casey! We promise they don’t bite. Set in a Chicago neighborhood nearly a decade after an occupation by an extra-terrestrial force, Captive State explores the lives on both sides of the conflicts – the collaborators and the dissidents.

Join the Resistance at The Main, located at 630 Red River Street in Austin, Texas. Make sure you enter at the Red River Entrance so The Legislature doesn’t catch you!