You haven’t watched anything like Shudder’s new series The Dead Lands. If you were lucky enough to see Toa Fraser and Glenn Standring’s searing Māori action film of the same name, you might have a slight idea of what’s in store when you switch on this dark and beautiful take on horror-fantasy. But you’ll still be in for a wild ride; the creative team has taken the seeds they sowed in the original film and reshaped them into a brutal redemption story steeped in Māori lore.

Taking the notion of the Māori afterlife, which writer Glenn Standring described as “a bit like Valhalla for Vikings,” the show follows stars Darneen Christian and Te Kohe Tuhaka on a horror-drenched journey to save the world. We spoke with Standring and producer Tainui Stephens about The Dead Lands and their mission to bring authentic indigenous storytelling to genre TV and a wider audience. We’re also happy to debut AMC/Shudder’s exclusive The Dead Lands featurette about crafting authentic storytelling in the show!

With the series set in a space that North American viewers likely know little about, Standring spoke to the context of the story and the supernatural realm our heroes find themselves in. “In modern culture, Māori believe the spirit would leave the Earth and go to the afterlife and live a whole other life where they would be with their ancestors,” Standring said. “So there was this notion of a dishonored Māori warrior going to the afterlife expecting to be let in and being told, ‘No, you you haven’t earned the right to be here. You need to go back to the world and earn the right to die,’ really. And that notion of the bad man trying to be good is always a great thing to play with.”

The show is led by Christian and Tuhaka as an unexpected pair of saviors. The former plays a young woman desperate to save her father from the underworld, and the latter is the aforementioned disgraced Māori warrior. The role of Waka was actually written specifically for Tuhaka, who was raised in New Zealand’s immersion education system, which teaches young Māori exclusively in the Māori language. The students also learn expertise in different Māori martial arts, trades, and talents, which Tuhaka showcases regularly on screen.

“I think when it comes to the ‘Māoriness’ of the show, it’s all a matter of what true authenticity is. It’s not an end result; it’s a process.”

The team’s collaboration with AMC and Shudder led to Standring expanding on the story in his film with a bloody twist: what if the world Waka returned to was utterly changed? What if instead of the Earth he left, the warrior found a land haunted by the supernatural? The choice led the team to craft something distinctly Māori. “I think that change was the best thing we did, “Standring said, “because by leaning into the supernatural, it meant in the writing and the production that we naturally leant in to Māoriness, culture, mythology, the supernatural, and spiritual beliefs.”

Tainui Stephens, who produced the film, saw it as a big step forward for Māori language revitalization. “[The film] put the Māori language out there to the world, and that was one of the attractive things to me because as people we’ve been undergoing acts of language revitalization for the last few decades,” Stephens said. “We’ve been having all sorts of successes there, but of course it’s a hard thing to do. So the language elements of the action entertainment really intrigued me from a cultural point of view. The possibility of working in a mainstream area and in the action genre, for which there is so much interest beyond the shores of New Zealand, was a fascinating commercial move.” 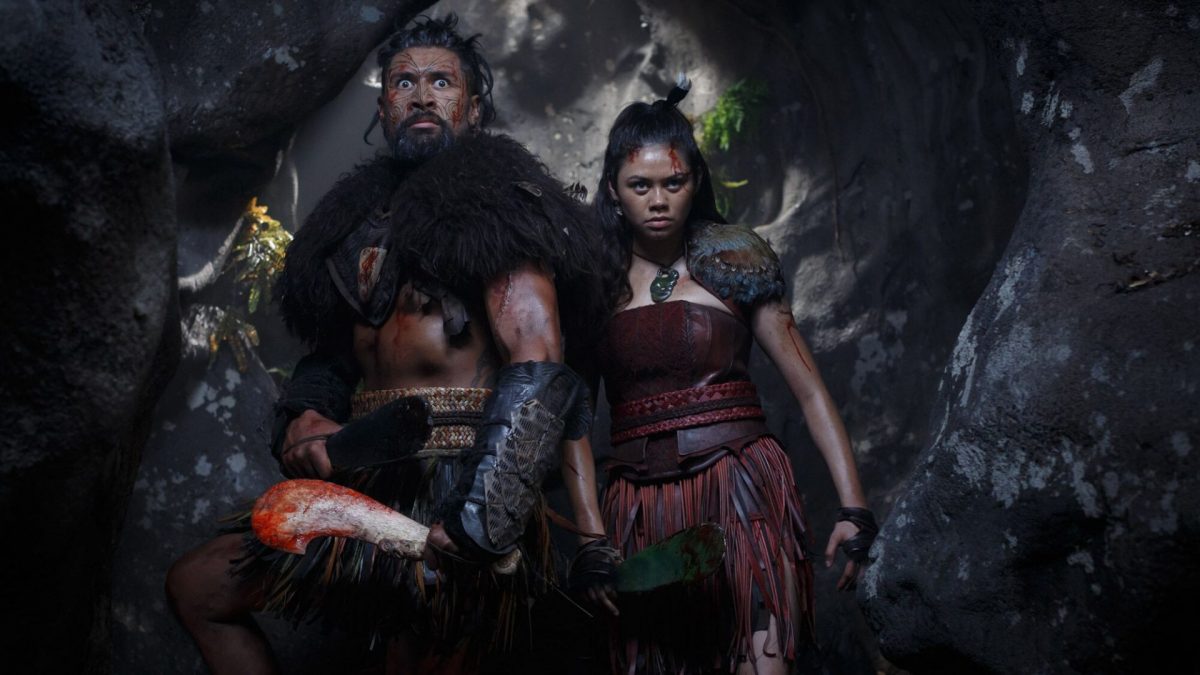 But unlike the film, Shudder and AMC’s iteration of The Dead Lands was planning to shoot in English. This was almost a dealbreaker for Stephens. “The TV series was initially something I didn’t want to be involved in because it was going to be in the English language and my heart was still on the language imperative,” Stephens said. “However, having said that, and after long discussions with Glenn and Matthew, I could see the project more as a product, rather than, as we would say in the Māori language, a taonga, or a treasure. We’re so well-represented by the film because of what we did with the language. Now we’re just taking our storytelling another step further into a wider mainstream.”

Still, the team found a way to incorporate some colorful elements of the Māori language: “Although the show is filmed in English, Tainui suggested that we can add some curses that come from real Māori culture,” Standring said. “So we’ve got these wonderfully fruity Māori curses that we weave into the series as it goes on, and so that was an example of that cross-fertilization.”

The Dead Lands undoubtedly presents a new frontier for horror storytelling, one that is just as interested in scaring the audience as it is in educating them about Māori culture and folklore. “I think when it comes to the Māoriness of the show, it’s all a matter of what true authenticity is,” Standring explained. “It’s not an end result, it’s a process.”

He continued, “Before breaking a story…I did a deep dive to find the thematic, the Māoriness, the mythology. And by doing that before I broke the story, it meant that the Māoriness of the story comes organically. Rather than thinking, ‘Oh, I’m going to do a genre story and bolt on Māoriness afterward.’ So for me, there had to be this real cross-fertilization of this genre that I love and Māoriness each informing the other.”

“I’m a firm believer myself—politically, environmentally, socially, politically, whatever—that in the end, indigenous peoples will save this planet.”

That inherent Māoriness is vital to The Dead Lands, and the creative team sees it as a way to broaden the reach of Māori culture not only to those outside of New Zealand, but also those who live in the country but who haven’t had the chance to connect with their Māori roots. “There is a gap between the cultural haves and the cultural have nots,” Stephens said. “The sort of story that The Dead Lands is and the kind of time The Dead Lands is set in is really important. It reaches out to those who do not yet know of their Māoriness or who have not had the chance to learn the language. It gives them a chance to understand a little bit of Māori thinking, for them to feel proud of being Māori, and that may inspire them to learn further.” 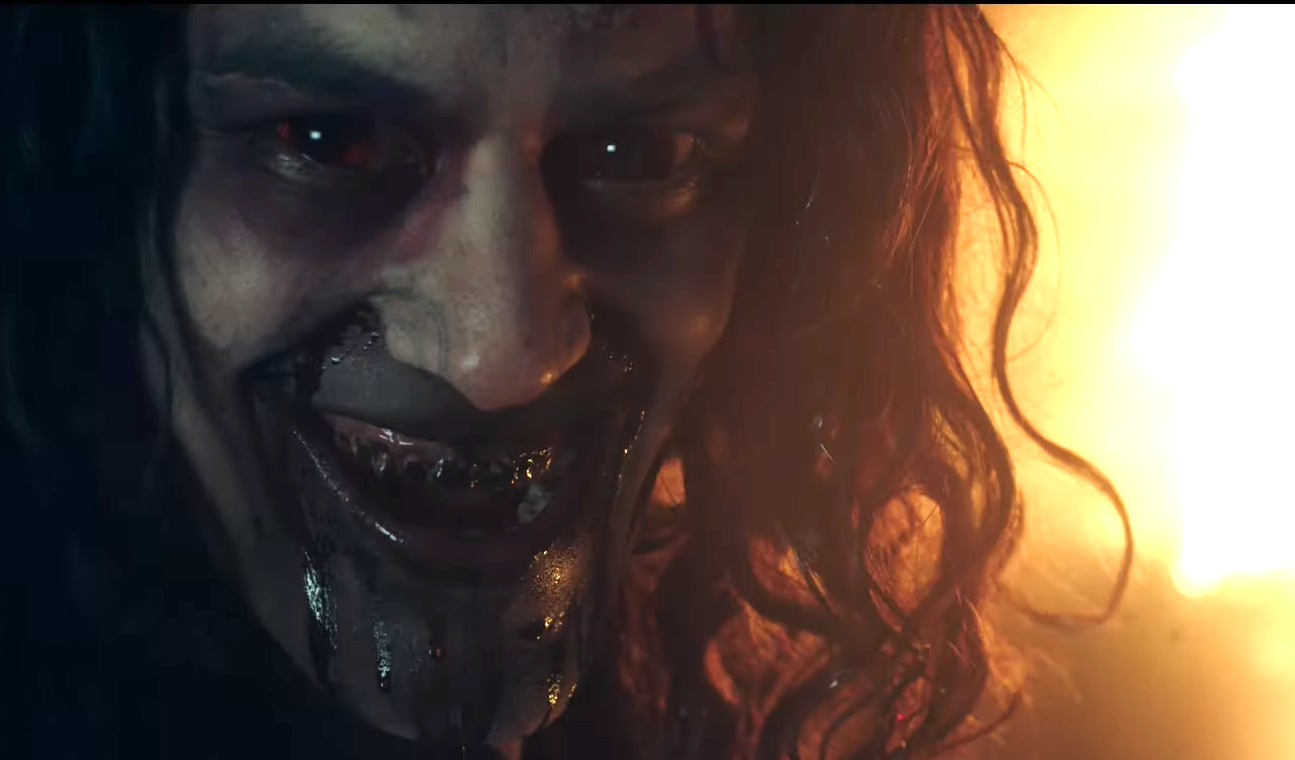 Even the production was influenced by what the pair called “the Māori way of running things.” Each day began and ended with Karakia, Māori prayers that gave the cast and crew space to plan out their day and talk about their hopes, fears, and feelings about the production, as Standring explained. “These prayers may just take one or two minutes, but it’s a moment where the crew are all together and focused,” he said. “So you can talk about things, whatever is going to happen during the day. At the end of the day, you will do the same thing and just give thanks. I mean, the simple act of acknowledging good or extra work and just actually articulating that is really, really important.”

Though sharing authentic indigenous storytelling, and specifically Māori stories, is nothing out of the ordinary for Stephens, he still sees the act as radical. “I’ve seen, by virtue of the work that I do, the nature and the personality of indigenous peoples around the world and the stories that we tell. Knowledge is power, as they say,” he said. “But that’s true only if that knowledge is shared. The sharing of knowledge and information in indigenous cultures is a part of what we do. And I’m a firm believer myself—politically, environmentally, socially, politically, whatever—that in the end, indigenous peoples will save this planet.”

You can watch The Dead Lands on Shudder right now!

And you can watch the first three episodes for free on Amazon Prime!