October isn’t the only time of year to enjoy horror. The spooky genre is perennial, with new, frightful films coming out all year. It’s still January, and we’re already looking ahead at the slate of horror gems coming to cinemas this calendar year. While the jury is still out on all of these titles, we can’t help but quiver with early anticipation. If nothing else, 2020 looks like a rich year for the horror genre, with big studio sequels and auteur-driven projects galore.

To help us prepare, we whipped up this handy guide to the 15 horror titles we’re most excited for this year. There’s good stuff from the beginning of the year until the very end, so get prepared to get scared! 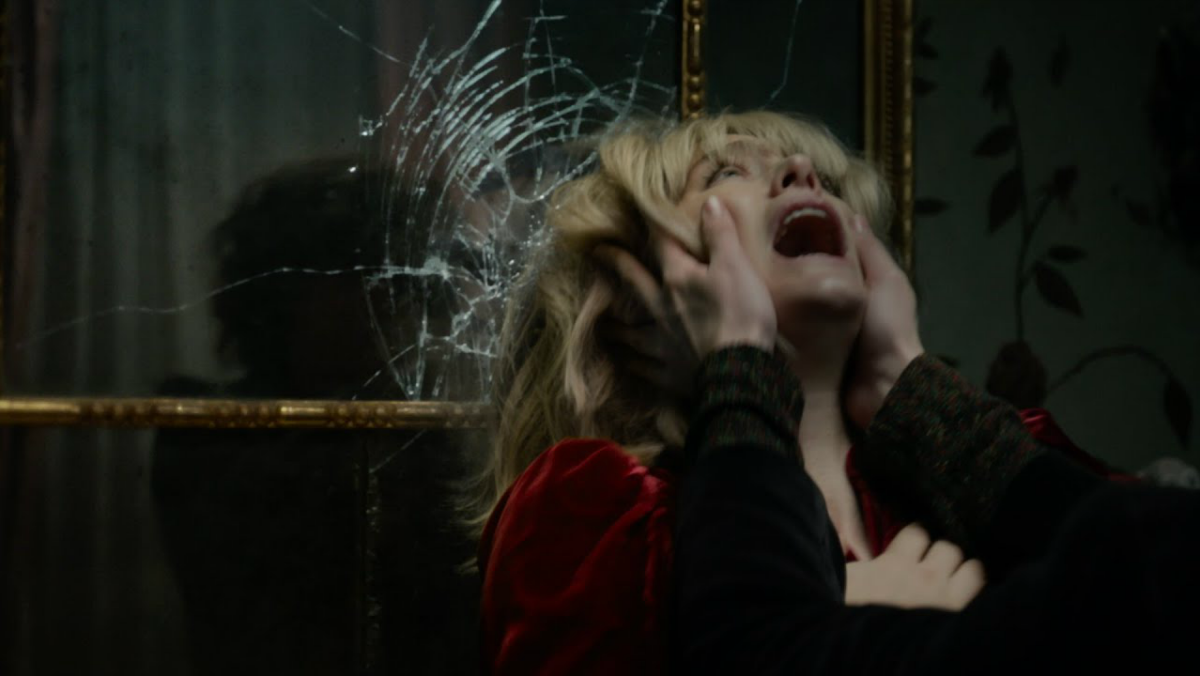 This updated version of Henry James’ Turn of the Screw is directed by Italian filmmaker Floria Sigismondi (known for her work on music videos for artists like David Bowie, Rihanna, and Leonard Cohen) and stars Mackenzie Davis as a nanny named Kate tasked with watching over two disturbed orphans, played by The Florida Project‘s Brooklynn Prince and Stranger Things‘ Finn Wolfhard). There’s a haunted house, dark familial secrets, and more to these strange children than meets the eye.

Color Out of Space

Lovecraftian horror is one of our favorite things in genre, which is why we’re super hyped about Color Out of Space. It’s based on a short story of the same name by H.P. Lovecraft himself, and stars Nicolas Cage as a father whose family is infected by aliens after a meteorite crashes into their yard. It’s the first feature film from eccentric director Richard Stanley since 1994 (he was famously fired from The Island of Dr. Moreau in 1996 and has only directed documentaries since), so watching him tackle Lovecraft is bound to be a special treat for horror aficionados.

It‘s Sophia Lillis stars in this updated take on the famous Brothers Grimm fairy tale, about a brother and sister who stumble on an evil, cannibalistic witch deep in the woods. In this version, the siblings are ostracized from their community and stumble on a mod-looking cabin where the witch lives and horror awaits. It looks to expand on the mythology of the original tale and offer up some impressive and sleek visuals. The film comes from director Oz Perkins (son of Psycho star Anthony Perkins), who also brought us horror delights like The Blackcoat’s Daughter and I Am the Pretty Thing That Lives in the House. His style is cold and abrasive, and Gretel & Hansel looks like wicked fun. 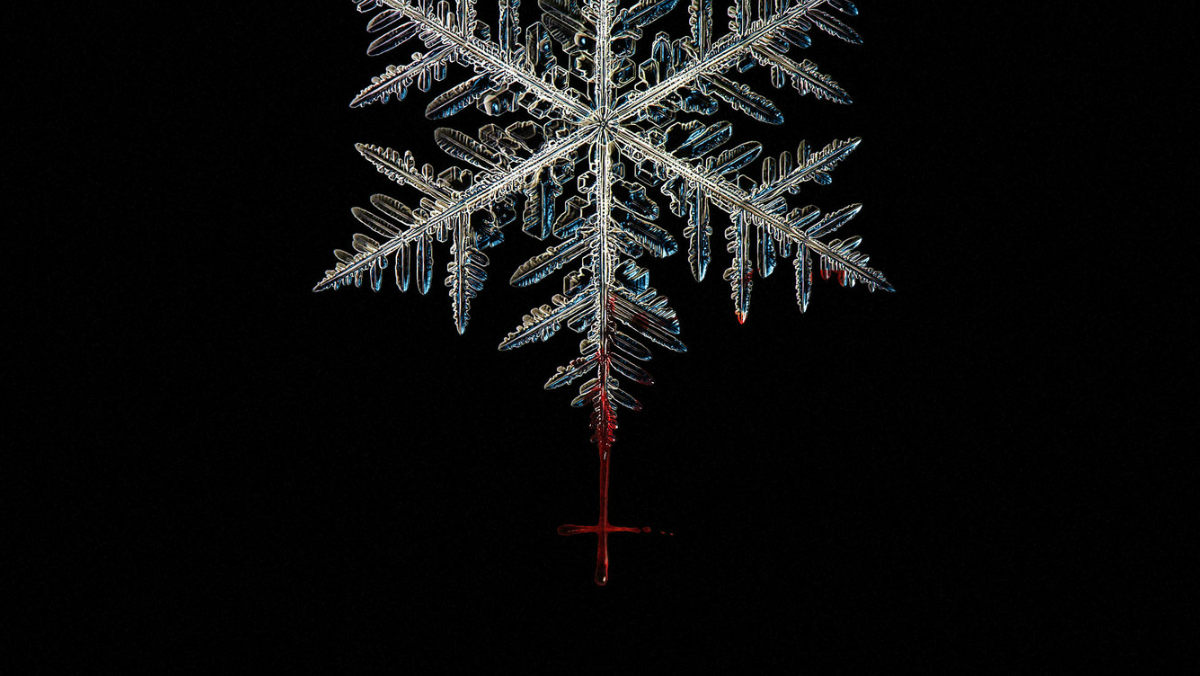 If you’re a fan of Goodnight Mommy then you don’t want to miss The Lodge, the new film from directors Veronika Franz and Severin Fiala. The psychological horror movie centers on Riley Keough’s Grace, a stepmother to two grieving children who she’s forced to spend alone time with in their family’s remote cabin. Mysterious events start occurring in the home, dredging up mysteries of the past that threaten to engulf them all. The film premiered at Sundance last year and has been pushed back a few times, but we finally get to experience it this February.

This sequel to the 2016 horror film The Boy finds another family living in the Heelshire Mansion and encountering the mysterious porcelain doll named Brahms. The first film was a lot of kooky fun and this looks like more of the same; another spooky doll adventure that’s sure to deliver jump scares a plenty. It stars Katie Holmes, who returns to the horror genre after previous turns in films like Disturbing Behavior and Don’t Be Afraid of the Dark.

Elisabeth Moss is one of the best actresses working today and she’s especially transient in horror films. That’s why we’re extra pumped for The Invisible Man, an update on H.G. Wells’ classic story. Moss plays Cecilia, a woman trapped in a violent relationship with her abusive scientist boyfriend Adrian (The Haunting of Hill House‘s Oliver Jackson-Cohen). When he dies by suicide and leaves her with his fortune, she assumes his death was a hoax. Soon, a mysterious and unseen force starts tormenting her, and her sanity is thrown into question. The trailer makes this one look like an absolute can’t miss horror film. Luckily we don’t have to wait too long for its release. 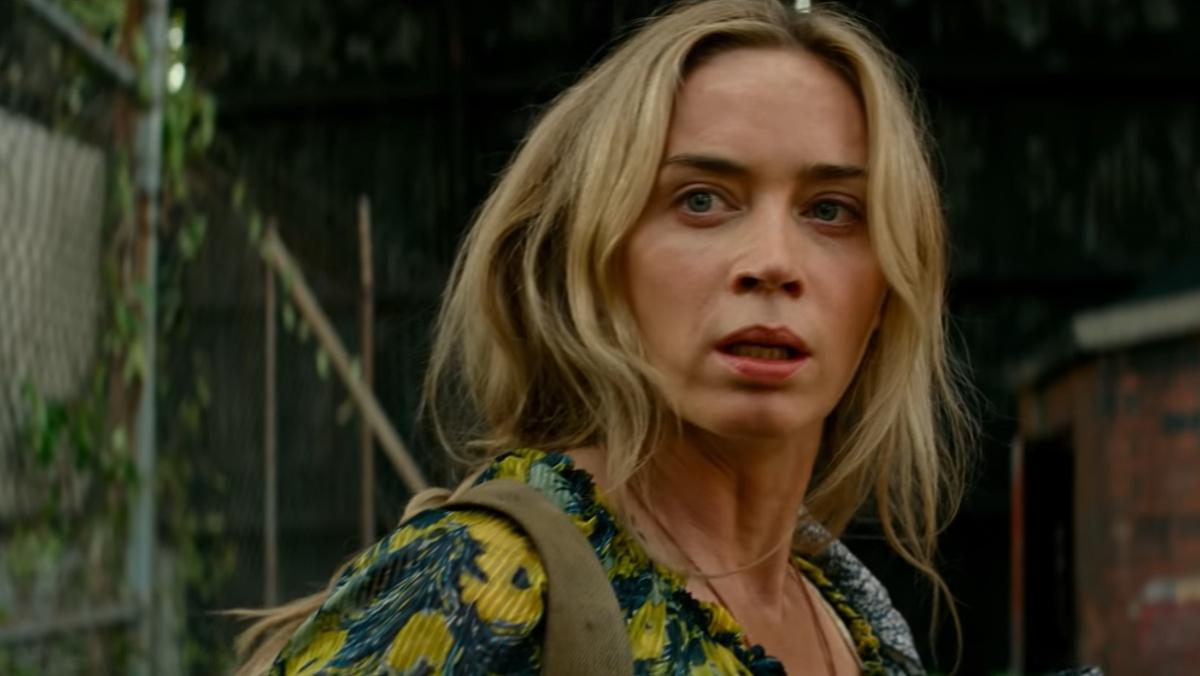 No one expected much out of a horror movie from the star of The Office. But John Krasinski’s A Quiet Place was a huge success with both audiences and critics alike. It even won star Emily Blunt a SAG Award for Best Supporting Actress. With all of the accolades, it seemed like a sure bet the story would continue, especially since the first film ended on a bit of a cliffhanger. A Quiet Place: Part II will pick up where that one left off, with Blunt and her three children—including a young baby—joining up with a character played by Cillian Murphy. Will the noise-sensitive alien invaders claim another member of their clan, or be defeated for good?

A24 has released some of the best horror films of the last decade, including The Witch, Hereditary, and Midsommar. This year, they’re bringing us Saint Maud, a British psychological horror film about a hospice nurse named Maud who may or may not be possessed. The film stars Morfydd Clark as Maud and Jennifer Ehle as a former dancer named Amanda in Maud’s care. Trailers make Saint Maud look like another dread-fueled descent into darkness, the perfect addition to A24’s genre catalogue.

When Guillermo del Toro’s name is attached to a project, we have no choice but to be hyped as all hell. That’s why we’re absolutely pumped for Antlers, the upcoming release based on Nick Antcosa’s short story “The Quiet Boy,” which del Toro is producing with Scott Cooper directing. The film stars Keri Russell as a teacher who gets wrapped up in the life of a young boy harboring a “dangerous secret.” Jesse Plemons plays her brother, a local sheriff. The name “del Toro” brings certain expectations in the creatures department, and we have a feeling this one will deliver. 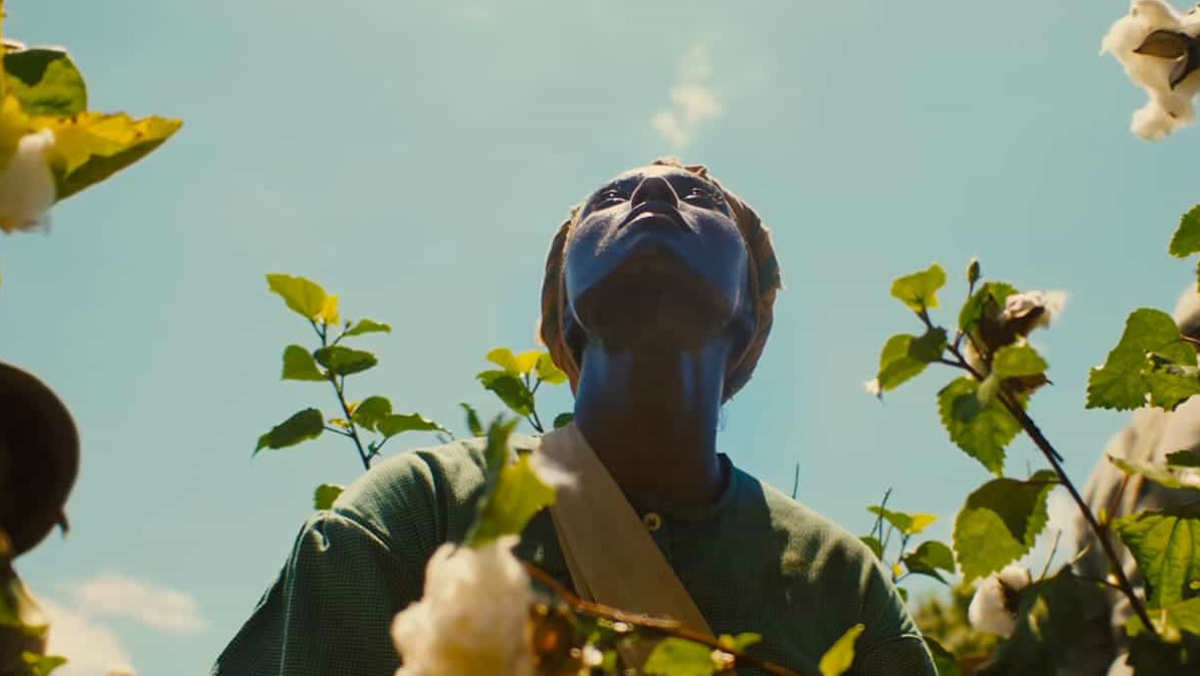 We know almost nothing about this upcoming film apart from the very basic plot description: “Successful author Veronica Henley finds herself trapped in a nightmarish reality and must find a way to break free of the horrors at hand.” The trailer reveals a little bit more, namely that Veronica is somehow transported to the Antebellum South. The terrific Janelle Monáe plays Veronica, with Gerard Bush and Christopher Renz directing. The film is produced by Sean McKittrick, who also brought us Get Out, BlacKkKlansman, and Us, and that coupled with the setting and title tease a horror film exploring the terrifying reality of racism in America.

Director Nia DaCosta and producer Jordan Peele are rebooting the Candyman story this summer, with a “spiritual sequel” that takes us back to Chicago and the horrifying fable of the original 1992 film. Once again, we’ll visit the Cabrini Greene housing development—or at least, the grounds where the now-demolished buildings once stood. Now, the area has been gentrified, which brings a new kind of terror. Tony Todd is returning to the eponymous role with Yahya Abdul-Mateen II playing the new lead. With all of that talent involved, we couldn’t possibly be more excited for this.

The Conjuring: The Devil Made Me Do It

James Wan’s The Conjuring was such a huge success that it kicked off one of the biggest horror franchises of the last decade. Spinoffs and sequels followed, making characters Ed and Lorraine Warren (based on a pair of real-life paranormal investigators) famous figures in the process. The Warrens will return for this third entry, which sees the married couple looking into a case where a murder suspect claims demonic possession as a defense. (This is based on the real 1981 case of Arne Cheyenne Johnson.) Wan isn’t back this time, replaced by director Michael Chaves, who directed the spinoff The Curse of La Llorona. 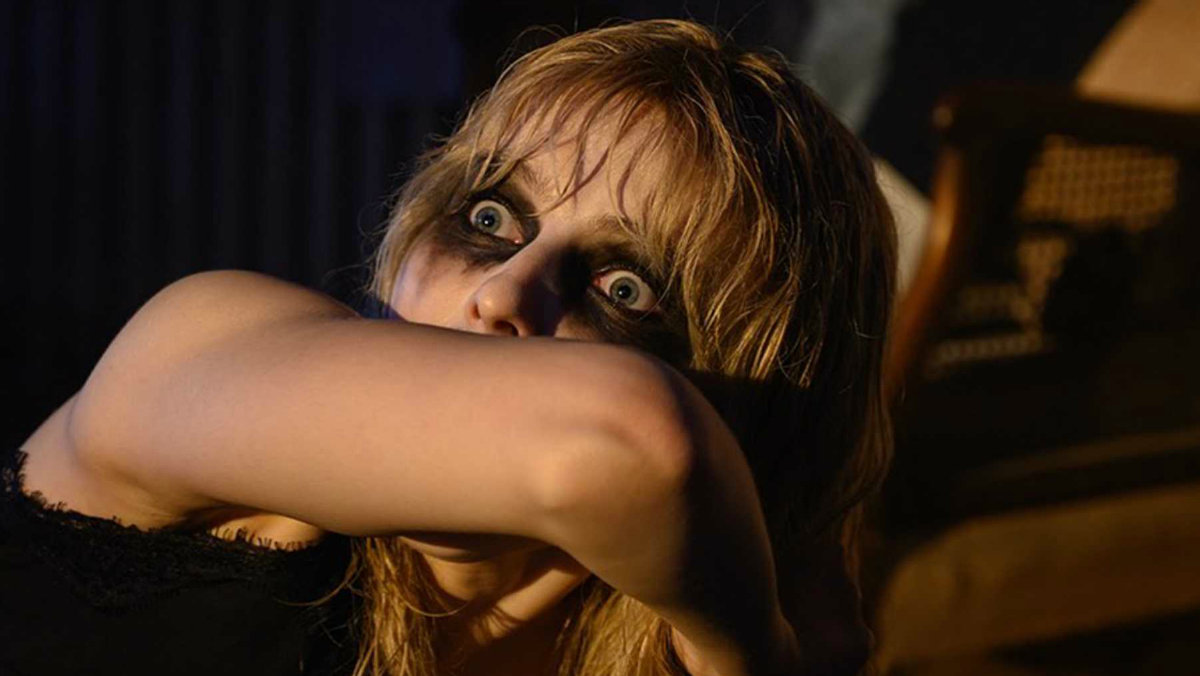 This might be our most anticipated horror movie of the year, because it’s coming from writer/director Edgar Wright, who penned the script with Penny Dreadful writer Krysty Wilson-Cairns. It stars Thomasin McKenzie and Anya Taylor-Joy as a pair of girls separated by time who somehow forge a connection that allows McKenzie’s character to experience the Swinging Sixties, an era with which she’s obsessed. But as Wright told Empire magazine of the film, there’s an element of “be careful what you wish for.” We don’t know more about the plot at this time, but the rest of the cast includes Matt Smith, Diana Rigg, and Terence Stamp, so there’s a ton to look forward to here. September 25 can’t come fast enough.

In 2018, the Halloween franchise was revived in a major way. Director David Gordon Green’s film was the highest-grossing slasher film of all time and made a huge cultural impact. It was a direct sequel to the 1978 original, retconning every other sequel in the process to tell a new story—one where Michael Myers isn’t Laurie Strode’s sibling, but merely a madman with no clear motivation, something even scarier. The story will continue with two sequels: Halloween Kills and Halloween Ends, the first of which comes out this October, with Jamie Lee Curtis back as Laurie once again.

We have our reservations about this one, but we can’t say we aren’t curious. The Robert Zemeckis film is the second adaption of Roald Dahl’s The Witches, after the cult classic 1990 film starring Anjelica Huston. This time, Anne Hathaway will play the Grand High Witch, whose encounter with a young boy results in his transformation into a mouse. Octavia Spencer stars as the boy’s grandmother, with Stanley Tucci and Chris Rock in supporting roles. It’s a great cast and a thrilling premise, but the original is such a beloved film that it has a lot to live up to. Can Zemeckis deliver? We’ll find out this October.