THE BATMAN Might Be Based on This Obscure Comic - Nerdist

THE BATMAN Might Be Based on This Obscure Comic

The Batman is coming. Robert Pattinson and Matt Reeves have been stoking the flames of excitement around their currently filming Bat-movie with a recently released costume camera test and some new set photos that have painted a fuller picture of Pattinson’s Batsuit. At first glance the costume looks like something straight out of a Greg Capullo comic, which makes sense as the noir-drenched detective take seems like it could be a mashup of classic Batman comics Year Zero, Year One, and Year Three. But in those set photos, Batman was driving through a graveyard in Glasgow, which makes me think Reeves and co. might be taking influence from a far stranger and more obscure comic that you’ve likely never heard of.

Cast your mind back to 1998. Where were you? Whiling away your days at a job you hated? In school practicing for a test and drawing the infamous Superman “S” on your textbooks? Sleeping in the arms of your mother? Heck, maybe you hadn’t even been born yet. But if you ventured into a comic shop that year, you might have come across a lesser known Batman tale, a story written by one of Batman’s most well known scribes and drawn by an artist who would become one of comics’ most lauded. Yet most people who love Batman have probably never read Alan Grant and Frank Quitely’s The Scottish Connection. 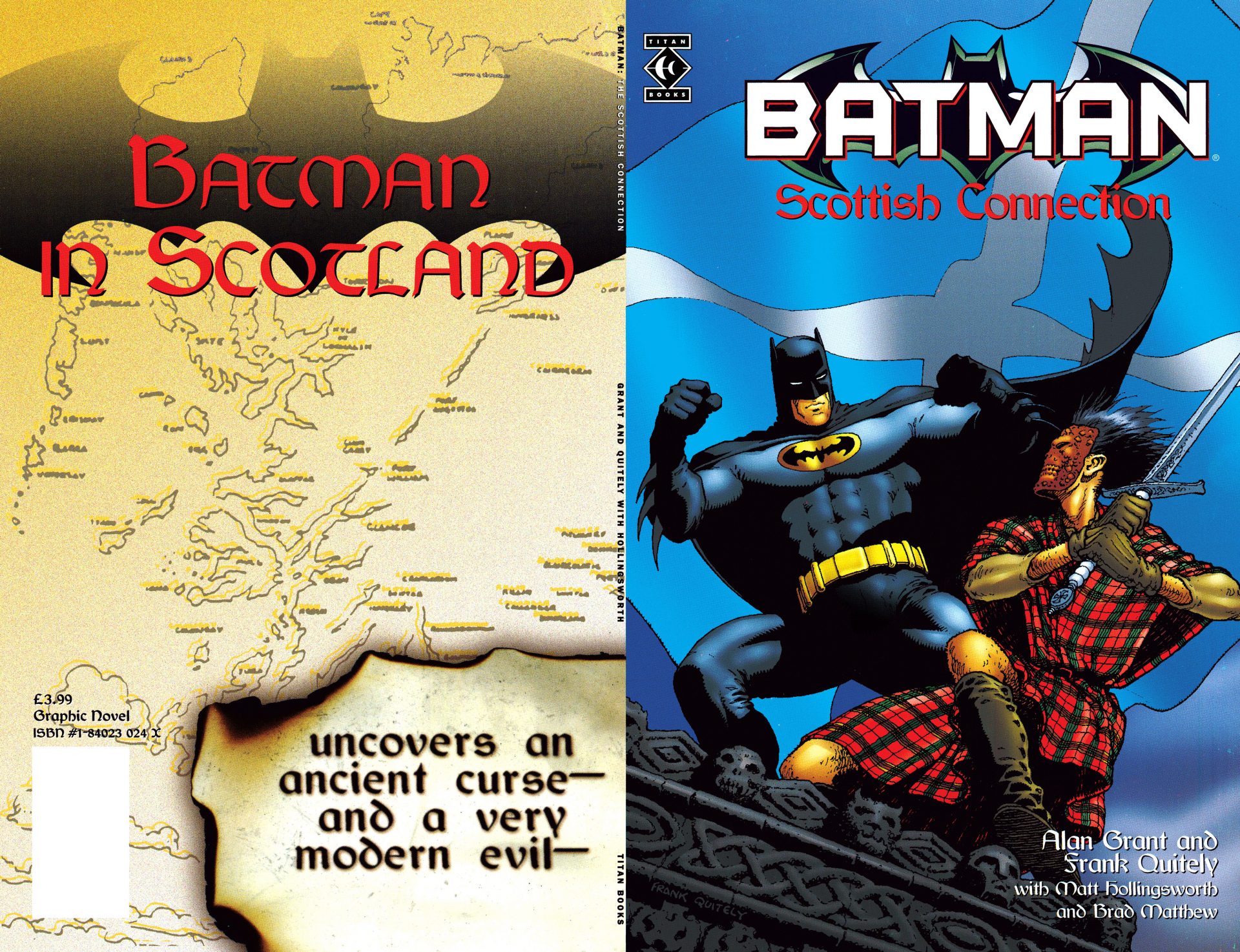 Set in the titular country, the story follows Bruce Wayne as he visits that land of plaid to attend the settling of the remains of his ancestor Sir Gaweyne de Weyne (really!) in his newly discovered grave. Whilst there Bruce of course gets tangled up in an enigma which tests his deepest detective skills. When he notices that some corner stones are missing from Sir Gaweyne’s final resting place he decides to investigate, throwing on the old faithful costume and diving into the ancient graveyards and a mystery that stretches back over 200 hundred years.

Now I am in no way saying that Matt Reeves and Robert Pattinson are about to take their clearly Greg Capullo-inspired costume and throw Batman into a detective story connected to the Knights Templar set on the misty moors of Scotland. But it does seem to be too big of a coincidence that they’re currently filming in the home town of Frank Quitely himself and in a graveyard nonetheless (which will no doubt end up being used for Gotham in the final film). We know that the pair have promised something weird and wonderful in their take on Batman, and taking from something as esoteric and fun as The Scottish Connection could be a great start.

Although they’re hardly going to do a direct page to screen adaptation of one of my favorite Batman comics (though I wish they would), there are a few things from The Scottish Connection that do seem to align with what we know about the film. It’s a dark detective story, it features Alfred Pennyworth in a vital role, and there’s another key player who may well be making her debut in Pattinson and Reeves Batman too. Barbara Gordon has long been one of Bruce’s greatest allies, though we’ve never truly seen her on the big screen. Though she’s yet to be cast in The Batman, rumors abound that she might be making an appearance and if The Scottish Connection is anything to go by then it could be as Oracle rather than Batgirl. 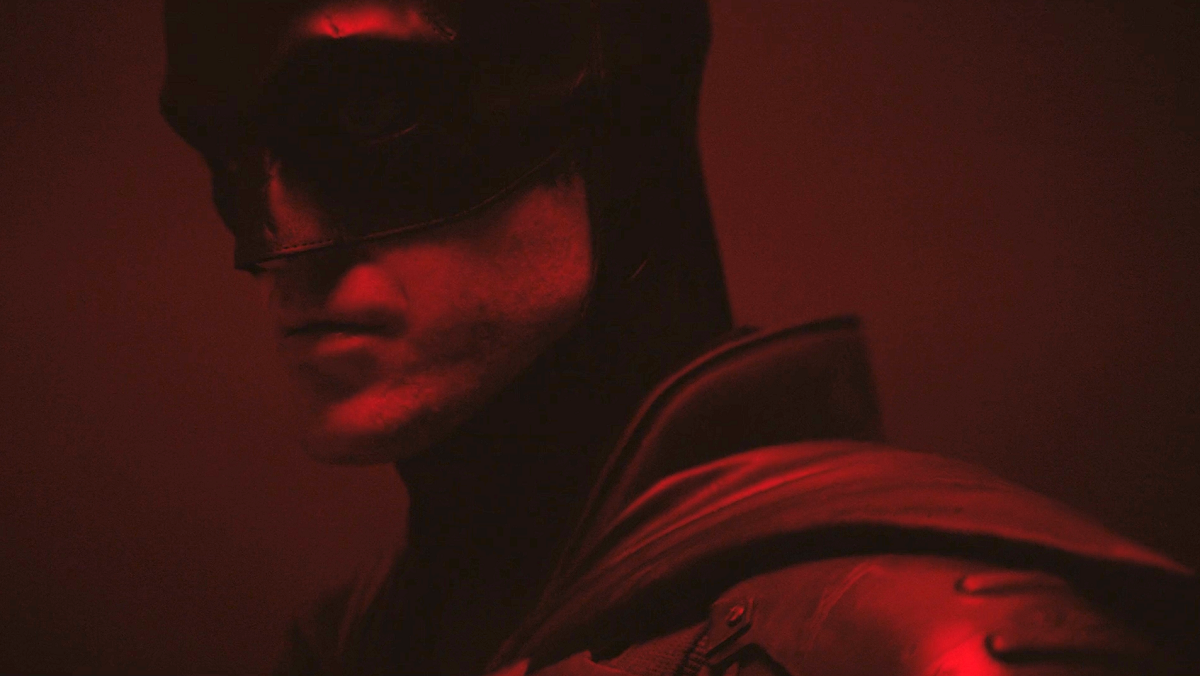 If you flip through The Scottish Connection, not only will you get to enjoy some of the earliest examples of Frank Quitely’s striking art which make the book a true treasure, but you learn a little more about Batman and the woman behind the computer. Oracle plays a key role here, helping Bruce decipher a series of keystones that reveal the location of a church connected to the Knights Templar and a dark secret hidden within its walls. Despite the fact that I can hardly see The Batman centering on such an outlandish and specific narrative, there is an intriguing mystery within the church connected to dark cults, Batman’s own heritage, and a tool that any Gotham villain would dream of possessing.

The pendulum with can “make any man an Azreal” appears in the latter half of the book and is in the hands of the series’ villain Fergus Silth. It’s a seemingly supernatural item that comes from the Treasure of Herod and allows men to become gods. If that doesn’t sound like a solid macguffin we don’t know what does. The other big thing here that seems like it could crop up is the exploration of the Wayne’s past. 2020 is the perfect time to look back on how an incredibly wealthy family became so and who they hurt on the way, both of which are key storylines in The Scottish Connection. Now whether or not Reeves is going to introduce fans to Clan MacDubh is still to be seen, but a dark noir-ish story that also contends with the Waynes and their bloodline’s likely shady past sounds like it’s a Batman movie that we’d want to see.

As someone who loves The Scottish Connection, it’s hard not to look at the location of the shoot with its towering Celtic crosses and ornate gravemarkers and think of this brilliant entry into Bat-history. Though we’re far more likely to see the team go for a source material that’s more expected, it’s fun to wonder what wicked delights we might see make it to the screen, especially as they’re currently shooting in a space that has rarely been explored in Bat-lore.

For now we’ll have to wait and see how the Glasgow graveyard shoot translates into the final movie, but we’re at least hoping that we get one shot of RBatz in a kilt. And on a more serious note, hopefully at least a cameo from Frank Quitely and Alan Grant as two of the most famous Scottish comic creators who have ever graced the Bat-pages with their vivid imaginations. In short, if you haven’t read The Scottish Connection, add it to your white whale list. Whilst this lucky writer found a copy, the collection is sadly currently out of print. Who knows though, maybe if Matt Reeves has found some unexpected inspiration in its pages then that could all change…